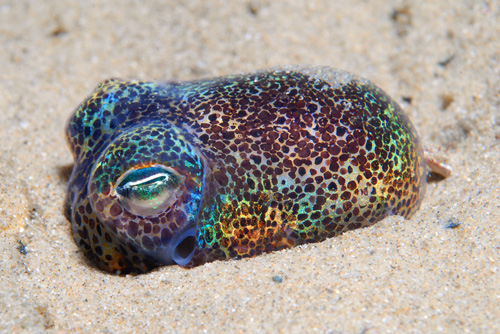 Depending on how you look at it, these squid are either the luckiest or most unlucky in the known universe.  Apparently a batch of baby bobtail squid will be on board the Endeavour space shuttle launch next week (which happens to be the last flight of the shuttle), and will get to experience more space flight than you or I will ever know.  In the interest of “science”, these squid are going on this ride in order to study the symbiotic bacteria within their bodies.  That sounds fishy to me and the more likely story is that someone in the NASA owed Rich Ross a favor.  LINK