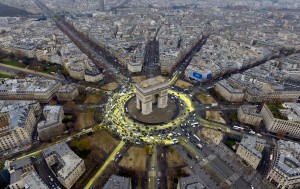 Last weekend, leaders from 196 countries approved the first global agreement aimed at limiting greenhouse gas emissions, a milestone in human history. President Obama has been considered a deciding figure in the agreement, as Obama’s climate change agenda has been hidden within the administration’s actions since the president’s first month in office. Now suddenly, we are seeing the fruits of that labor, which have been taking place for some time without any fanfare. The climate change agreement is without a doubt a triumph of international diplomacy, and proof that leaders from different countries around the world can come together for a common cause, something that will greatly affect future generations, long after everyone alive today has turned to dust. Some are calling this the Obama administration’s most important accomplishment, and it doesn’t matter what side of the isle you’re on, the agreement is a tremendous achievement, not only for the president but for human kind. 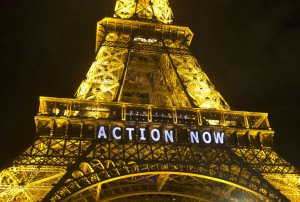 The Eiffel Tower lights up with the slogan”Action Now”referring to the COP21, United Nations Climate Change Conference in Paris, Sunday, Dec. 6, 2015. Negotiators adopted a draft climate agreement Saturday that was cluttered with brackets and competing options, leaving ministers with the job of untangling key sticking points in what is envisioned to become a lasting, universal pact to fight global warming. (AP Photo/Michel Euler)

Observations about the agreement: 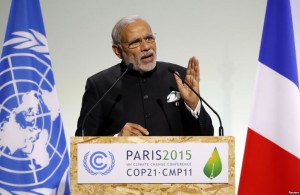 While the agreement in Paris is promising, now begins the hard work. It’s obvious that greenhouse gas emission reductions are unlikely to take place unless they are economically feasible. Furthermore, there were some serious greenhouse gas contributions seemingly absent from the Paris negotiations. Some have questioned how effective the agreement can truly be, without acknowledging these important climate change contributors. 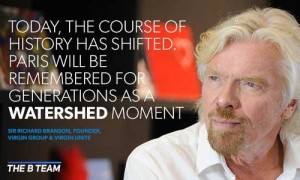 Now, for the bad news: 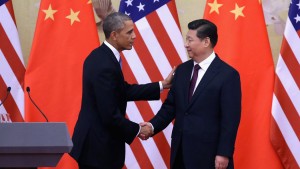 Even more upsetting is that nothing in the agreement binds the nations to any proposed actions. The proof will lie in the doing, not the talking about potential actions. Hopefully as time moves along we will learn that the French saying, “Cet accord est juste un conte fees” (This accord is just a fairy tale) is false, and that nations are putting forth strong effort to curb greenhouse gas emissions, and decrease the human effect on Earth’s changing climate. Though as the old saying goes, the proof is in the pudding. While it’s important to recognize the achievement on the part of the Obama administration and international community, for now we can only hope that the nations involved hold up to their commitment, and that perhaps in the near future other serious environmental stressors are included in international discussions, and actions.