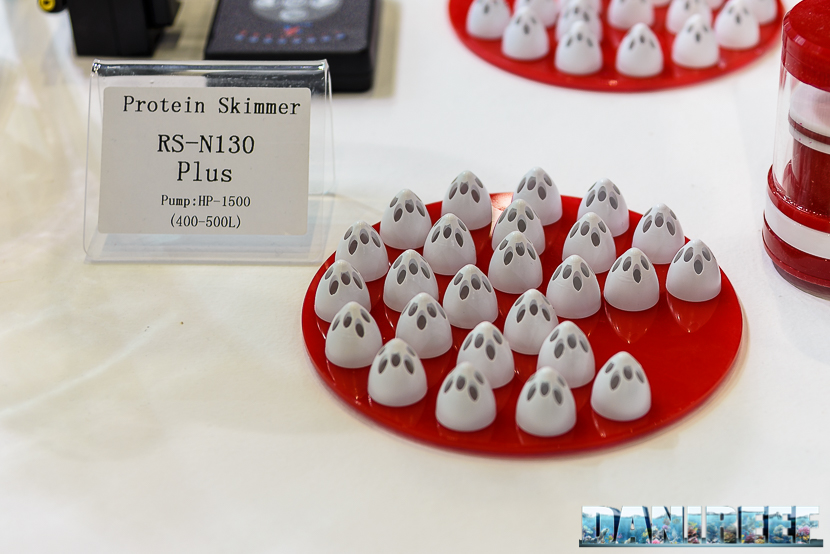 We met RedStarFish during CIPS 2017 and, in addition to their fine manufacturing, we were especially interested in the new diffuser that they built themselves.

A diffuser is a tool that spreads the bubbles in the body of the skimmer, right after the exit of the pump. It has a particular importance for the diffusion of the bubbles, and both the size and the “turbulence“are important. In hydraulics, the term turbulence refers to how often the water particles collide.

The diffusion plates have a series of holes that serve to spread the bubbles in the area above. RedStarFish had the intuition to develop the simple design of the holes using conic-cylindrical fissured shapes.

We really liked the result in the skimmers on trial in the booth. The foam seemed plentiful and well distributed. 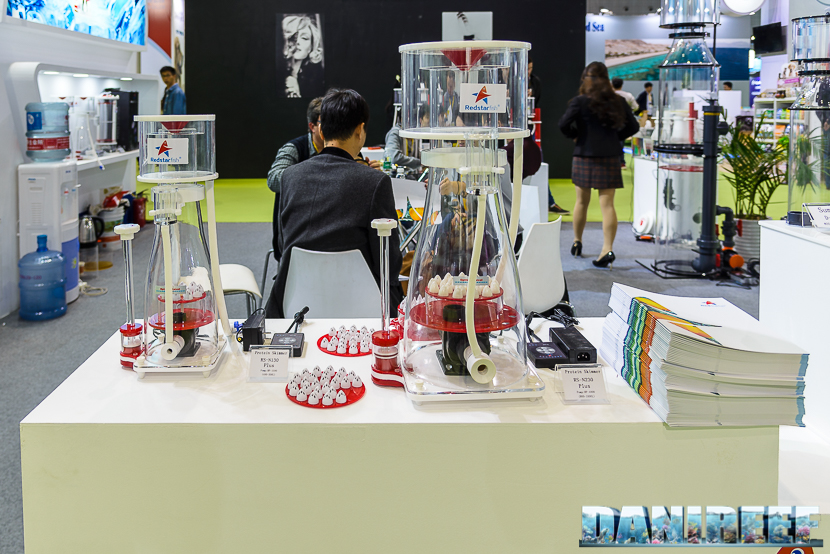 There are three skimmers designed for this diffuser, which is named RS-N Plus, and they are the RS-N130 Plus, the RS-N170 Plus, and the RS-N230 Plus.

I think the name of the model indicates the diameter of the body of the skimmer. The numbers RedStarFish declares seem to be very competent. The values of the aspirated air are realistic, so we wanted to suggest to you the recommended aquarium sizes too. But for hard corals SPS, you should probably consider half of the minimum value.

But it’s the foam that is really the star here, as you can see in the following pictures: 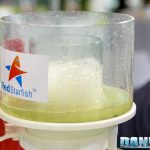 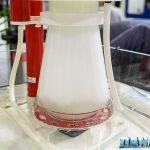 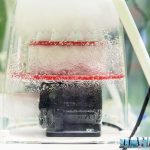 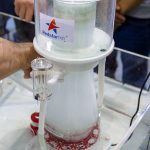 The pumps are electric, and, according to their names, capable of a flow rate of 1,500 l/h for the smaller and 4,000 l/h for the bigger. If used with a brush impeller, the numbers are very different. 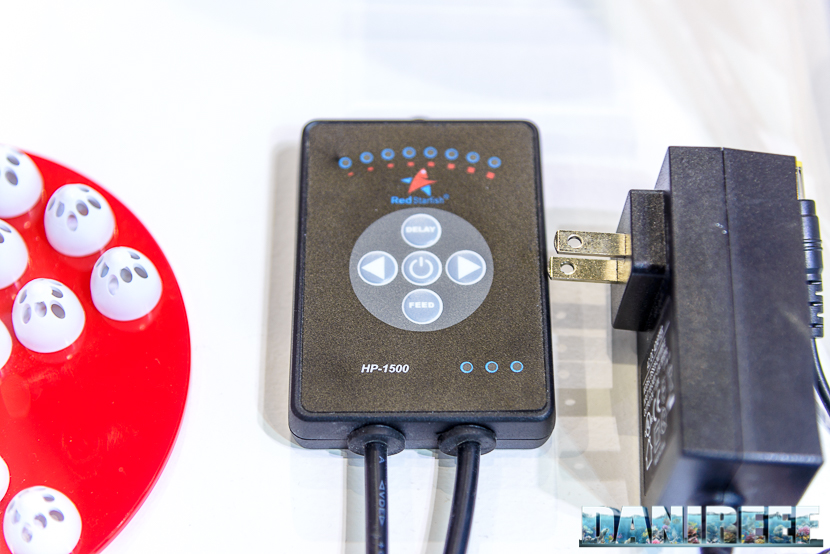 We can get a closer look at these skimmers in the pictures below, and appreciate the quality of their construction. 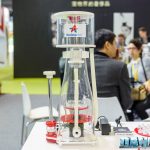 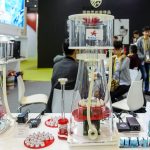 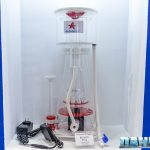 The skimmers of the series RS-C

RedStarFish has, in addition to these skimmers, more traditional skimmers in the RS-C series. There are 5, with increasing characteristics. 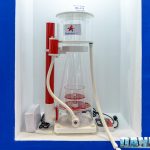 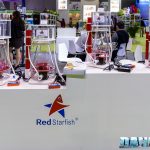 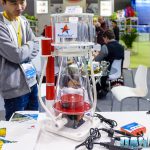 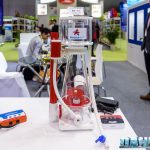 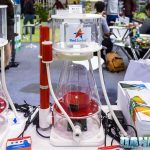 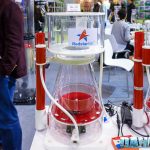 They are skimmers with regular direct current pumps, with treated air of a minimum of 600 l/h and a maximum of 3,600 l/h.

Their catalog has quite a few other products, including a triptyque of beautiful acrylic sumps. 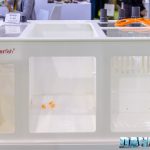 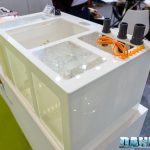 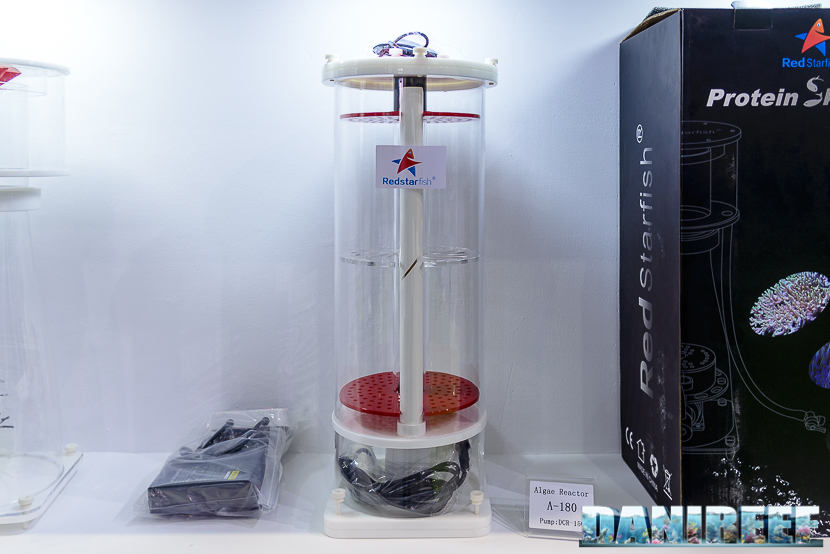 And enormous skimmers for industrial purposes. 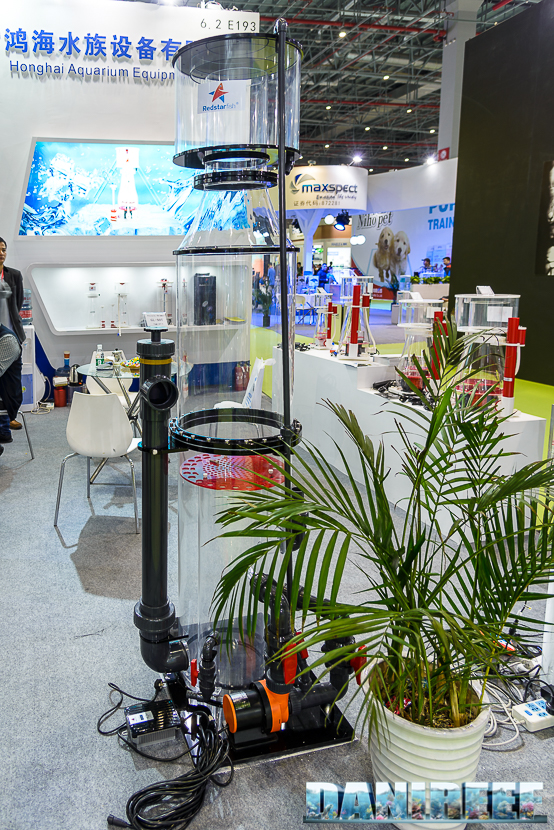 For more informations you can visit the RedStarFish official page. We’re also providing you with the link to our editorial of CIPS 2017. 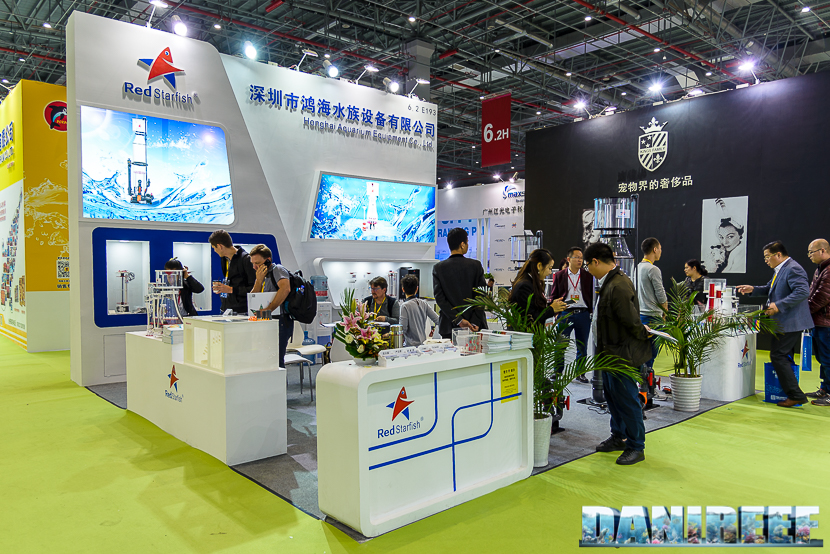