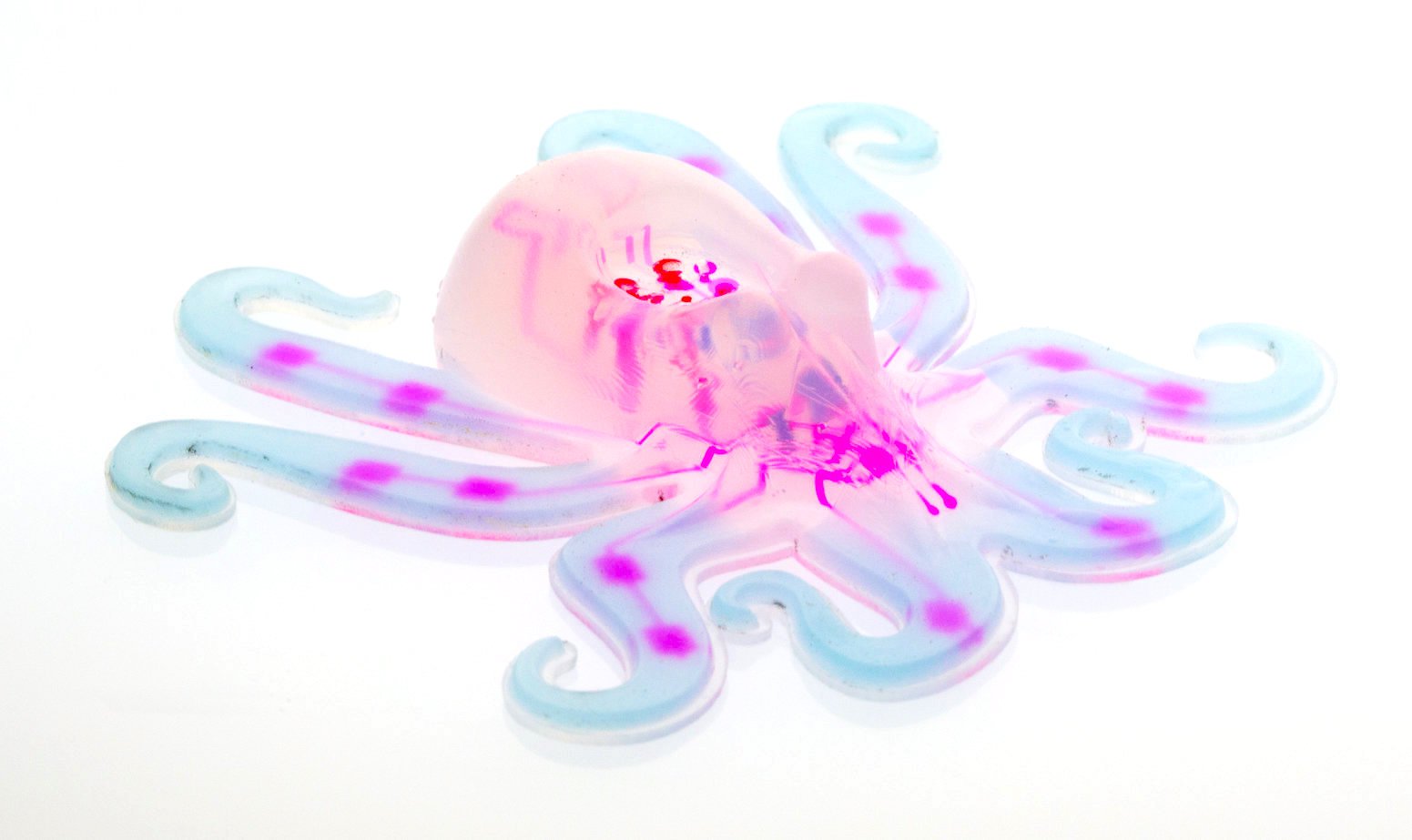 This cute little robot grabbed my attention immediately. First off, it’s a robot. Second, it’s in the shape of an octopus. And third, the movement in this 3D-printed soft body is powered by hydrogen peroxide, just about my favorite chemical compound. My dreams of autonomous robots helping to restore reefs has come one step closer, and one step cuter.

This robot is a breakthrough in several regards. The circuitry is incorporated into the body of the robot during the 3D printed manufacturing process, and by utilizing hydrogen peroxide, it uses no rigid components to facilitate its locomotion. This is done by applying a charge to the peroxide solution that liberates a larger volume of gas, which pressurizes the desired appendage. The gas then condenses again to a liquid to return the pressure back to its base state.

It’s easy to imagine autonomous robots roaming around reefs, replanting storm-damaged coral, removing invasive species, and monitoring local parameters. Now we can imagine that future is that much cuter, though we may need to figure how to ensure predators don’t confuse them for lunch. Perhaps we just need to ensure that the components are edible and non-toxic? The original paper, describing the scientists’ soft-bot concept, was published in the journal Nature, and can be found HERE