Preposterous reefscapes that are sure to collapse 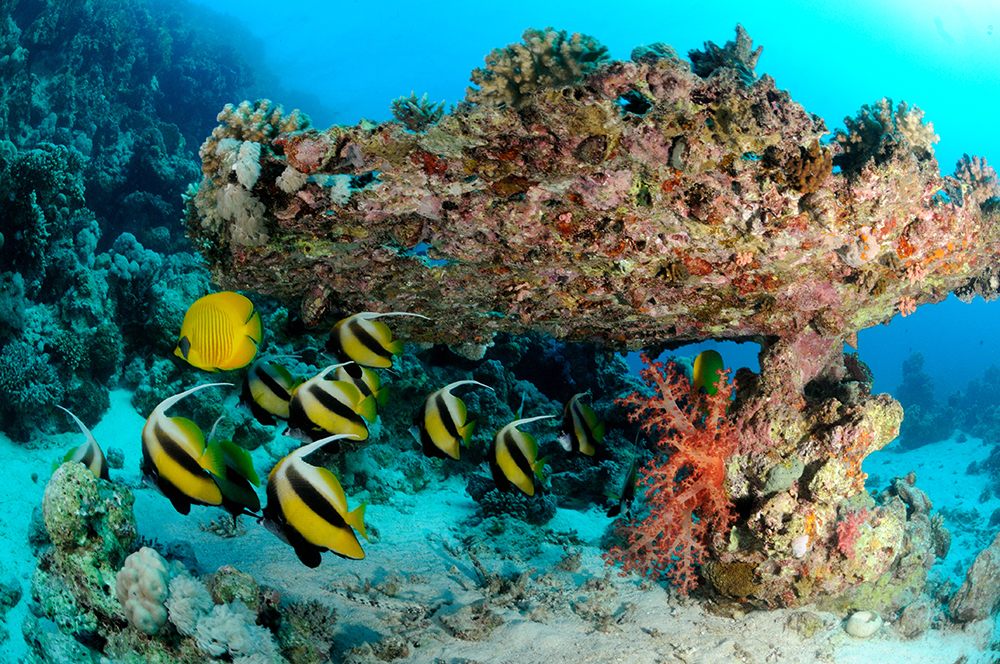 I am constantly fascinated by coral reefs and the various processes that occur on reefs which ensure their growth, survival and, above all, keep on allowing them to support such a staggering diversity of species.  Coral reefs are, as we know, constantly growing.  Putting aside the damage wrought by bleaching and ocean acidification, a healthy reef is, overall, gaining mass and getting bigger.  Some processes such as grazing from parrotfish, for example, will serve to counter this tendency somewhat, but in essence, reefs are growing structures.

On a reef, growth involves competition, corals overgrow each other, gaps and fractures close over, and sometimes things just get too big and snap.  Reefs are in a constant cycle of change and renewal, I imagine reefs growing seaward a little like speeded-up footage of glacier fronts marching out to sea.  Without this constant change, species diversity on a reef may well decline.  A newly fallen piece of coral creates new habitat; it might shade whatever it has landed on, but it might also have allowed a coral that has evolved to be a pioneer species to establish itself.

In between these moments of collapse, recover, and renewal we can witness some amazing reefscapes that exist only until the next storm.  Take the growth below in a coral garden in the Red Sea.  As these corals grow, getting heavier and presenting  a larger surface area to the current, this whole wonderful structure gets closer to snapping at the base and tipping over. 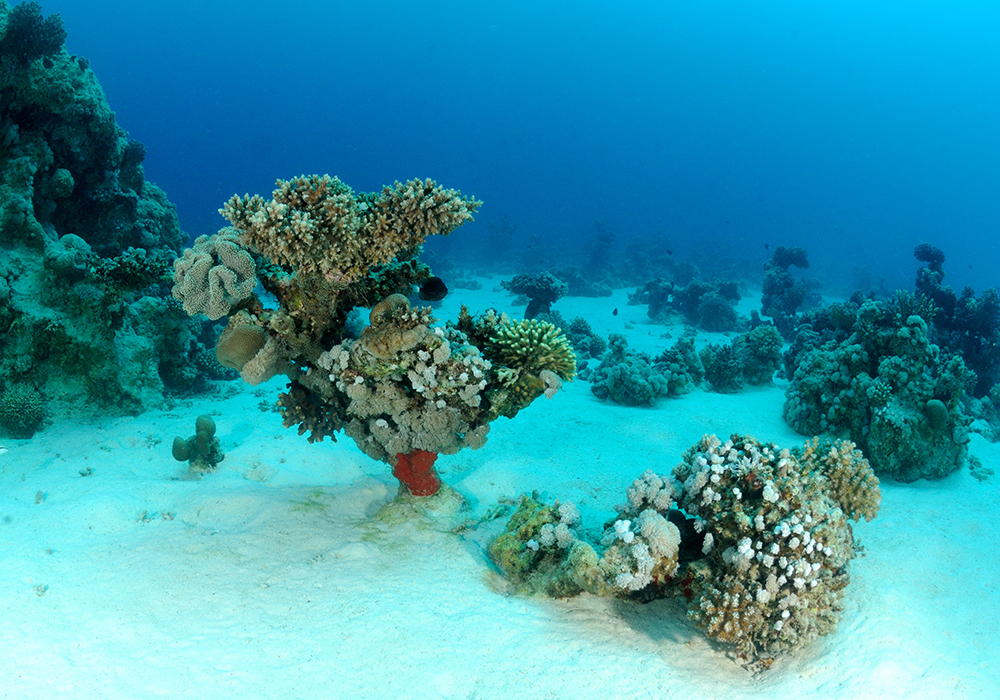 In the image below, growths of Millepora dichotoma are growing from what appear to a be dead skeletons of the same species, towards the pocillopora below.  Will this structure survive long enough for the gap to be bridged and the whole thing to achieve stability? 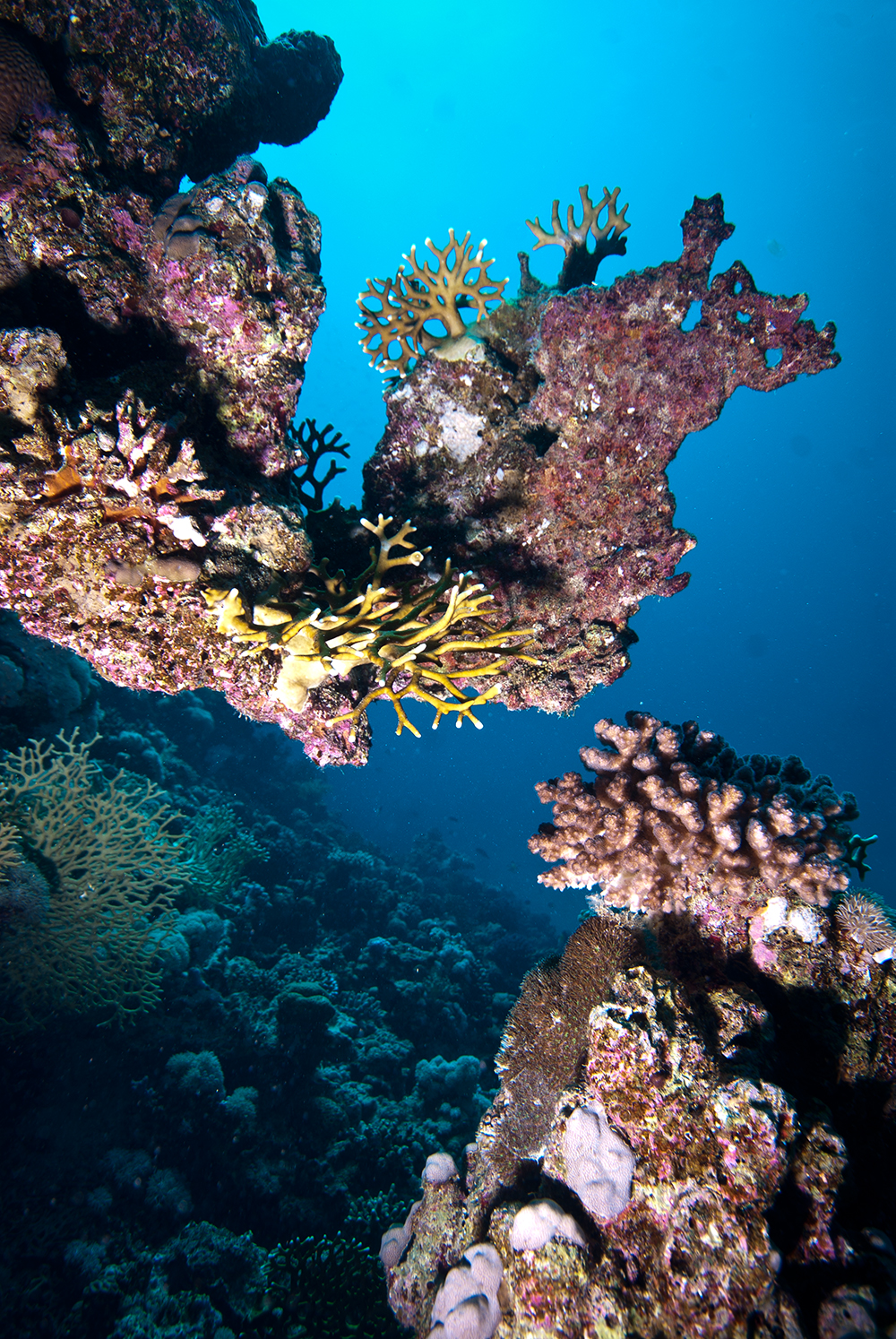 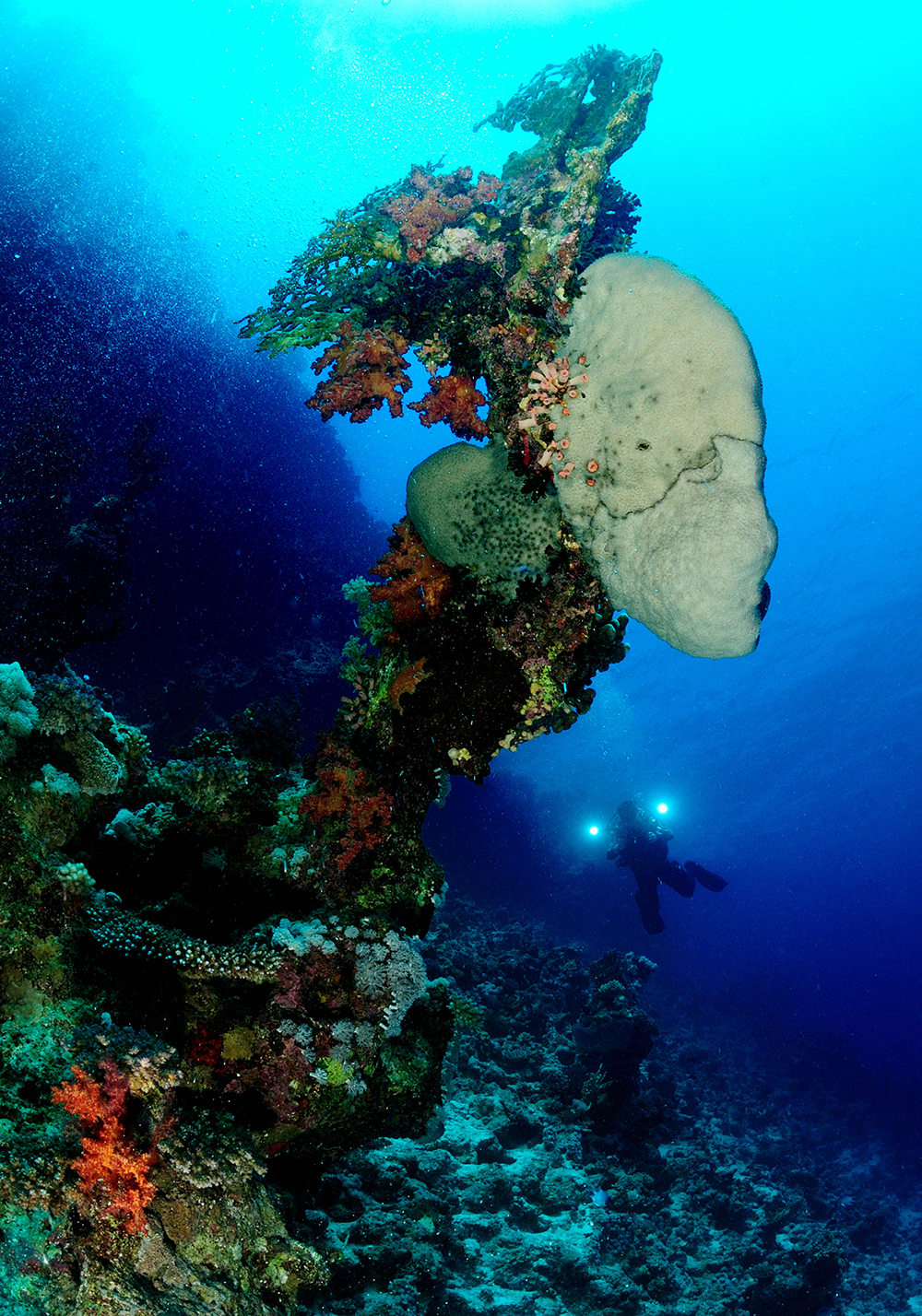 Some formations would simply be considered absurd if recreated in captivity.  This fabulous growth is topped by M. dichotoma again and a very large sponge.  I took this image almost ten years ago; I’d love to know if it is still standing. Perhaps, it has snapped off at the thinnest point and another growth has taken its place.  Clearly a chance to reach into the prevailing currents has benefited these species and may well continue to do so in repeated cycles.

This similar crazy column from the Maldives is surely guaranteed to fall.  Topped with a massive Porites colony this structure is doomed.  The growths of Halimedia on the ‘column’ won’t be adding much in the way of structural integrity. 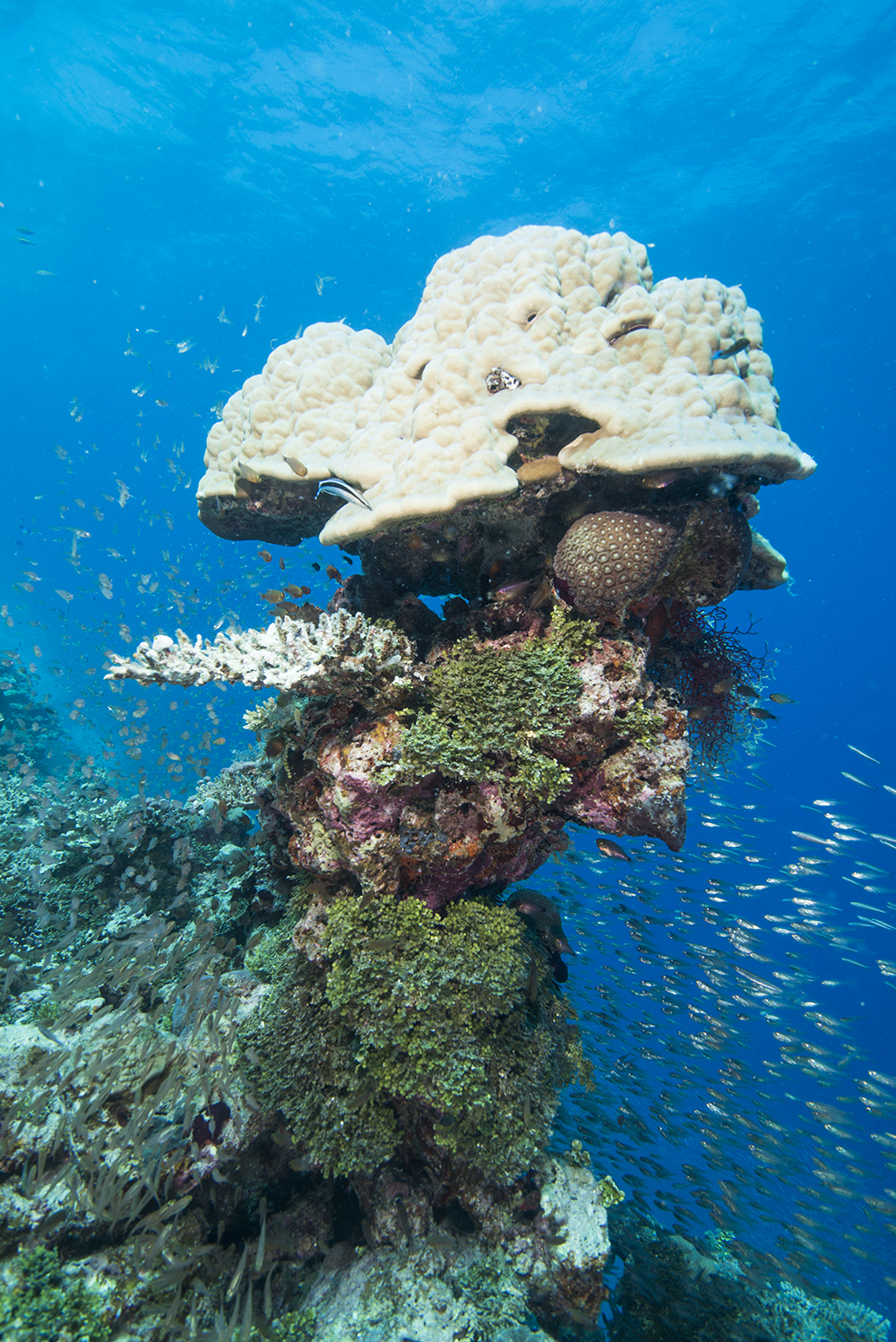