Most reefs.com readers will be aware that as far as Caribbean corals go, none are considered more at risk of extinction than Acropora cervicornis and Acropora palmata. Researchers from the University of Puerto Rico are now concerned, based on new population demographic data, that A. cervicornis will become “quasi-extinct” in Puerto Rico in less than two decades. 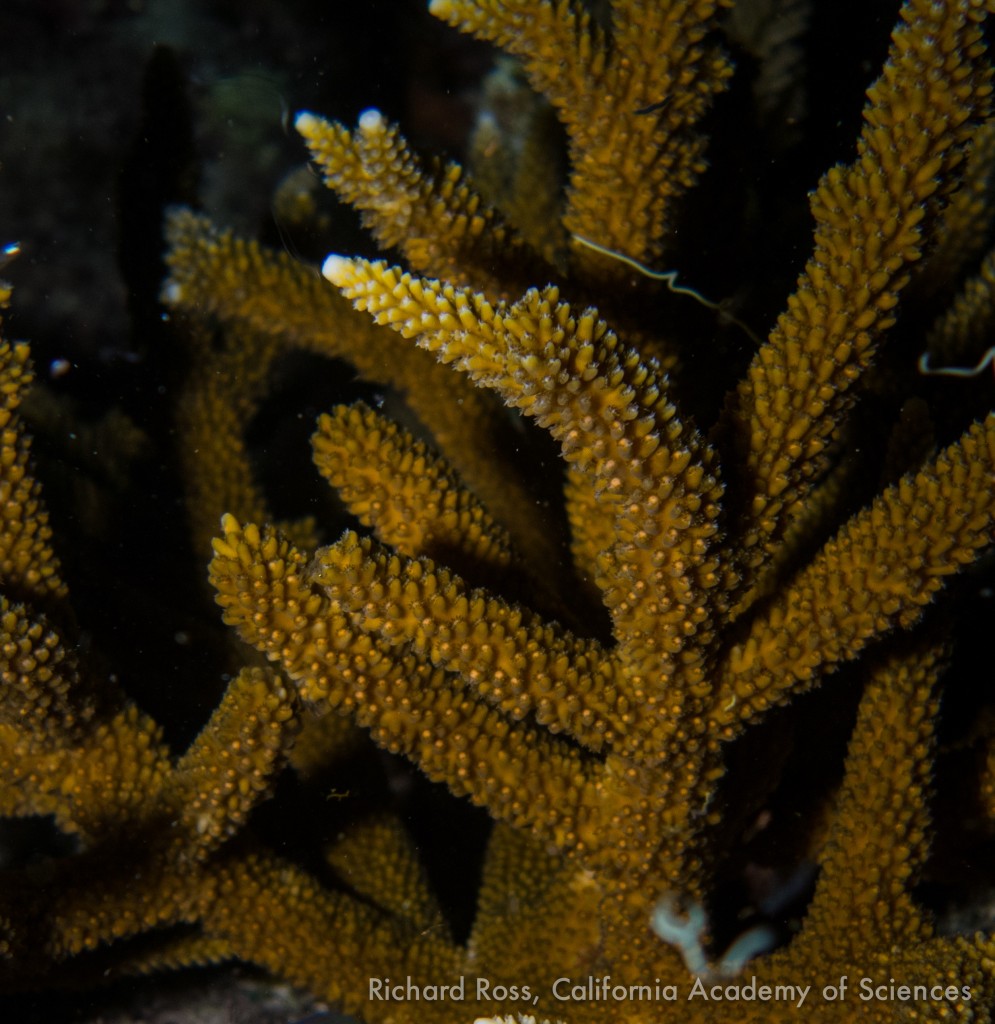 Alex E. Mercado-Molina and colleagues published the results of a new population growth study based in Puerto Rico in the journal Coral Reefs this months, and the results are not optimistic. As a quick refresher: A. cervicornis has already experienced a >95% decline in abundance since the 1970’s, and is protected under the US Endangered Species Act as a threatened species.

One straightforward approach to a loss of abundance is to protect habitats where the species still exists, and in concert to attempt population expansion with restoration efforts. The problem is, until now, no one has undertaken a rigorous study of how demographics contribute to the growth of the population. In other words, what are the critical demographic characteristics that make the largest contributions to population growth?

The researchers tagged 150 extant A. cervicornis colonies at depths of 3-5 m, at two different sites. Survival, growth, and fragmentation were all monitored during two census periods, from 2011 to 2012 and from 2012 to 2013. A matrix model was developed and informed with observational data from the census periods. This model would provide relative probabilities of stasis or change in each demographic feature of the colonies and population.

An aside: during the census periods, fragmentation of the tagged colonies themselves was rare (7-10% of colonies, with a total of 51 fragments produced). Not a single colony fragment from either outside or inside the survey area was observed to have established itself during the census periods. As if that wasn’t enough, no sexual recruitment in the survey areas was observed whatsoever. Overall colony survivorship was close to 90%, but, still, the population growth was lower than equilibrium. In other words, the A. cervicornis population studied was disappearing.

The model probabilities generated with the intention of how out planted colonies used for restoration purposes would fare under the current environmental regime came to a critical conclusion: The viability model produced a forecast quasi-extinction time frame of 16 years (or less) for the study sites. The authors conclude by arguing for rapid, large scale production of nursery corals fragments of smaller sizes, for the simple fact that they can be produced at a faster rate. Management of out planted and nursery sites is a crucial and expensive aspect of such a strategy.