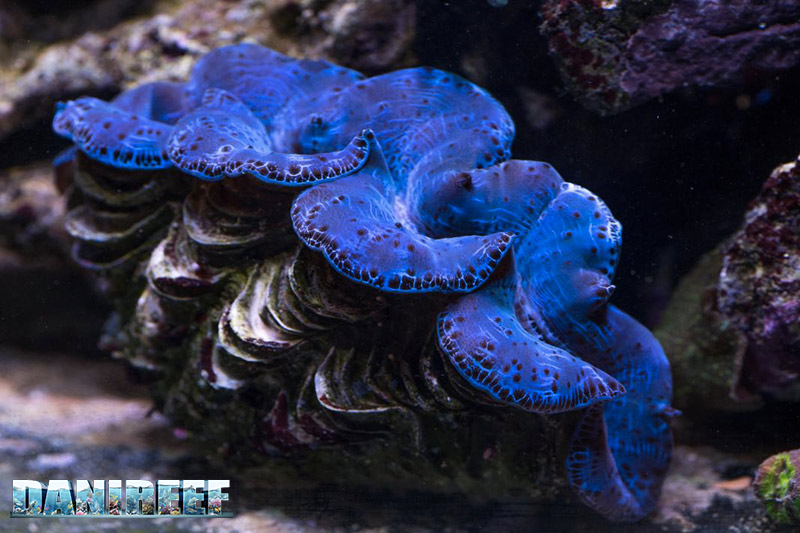 I recently had the bad luck of having to solve a Pyramidellidae snail problem. They’re a plague that can weaken and even kill the beautiful Tridacna clams.

I didn’t know about the pyramidellidae snails, including the fact they could be the culprits of the damage to my Tridacna clams, but I soon learned quite a bit.

I noticed that my Tridacna Maxima and my Tridacna Derasa didn’t open perfectly for a few days. I examined them carefully and I saw little white snails upon both the shells of my beloved bivalves. The snails were eating them!

Pyramidellidae snails usually feed upon their animal victim until they’ve killed it. They absolutely have to be identified in time.

How to recognize Pyramidellidae snails

They are a few millimeters in length, white, and conical. They’re very small so you have to inspect the clams carefully to find them. Below you can see the snails on the shell of my Tridacna. 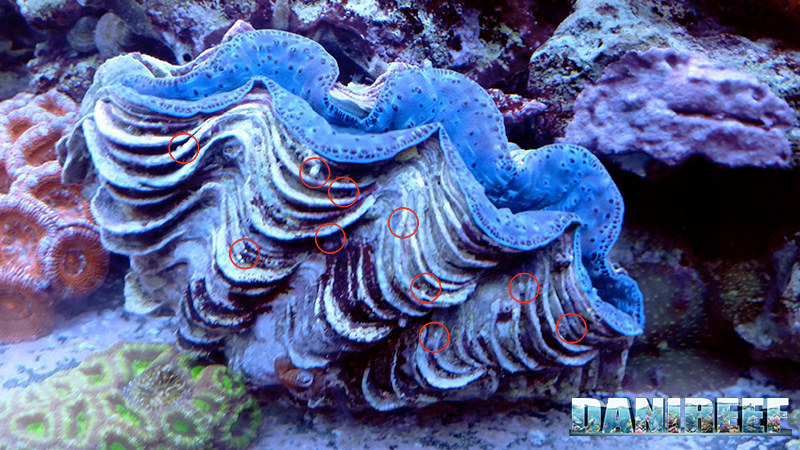 In this picture, I’ve enlarged the image so you can see the snail’s shape: 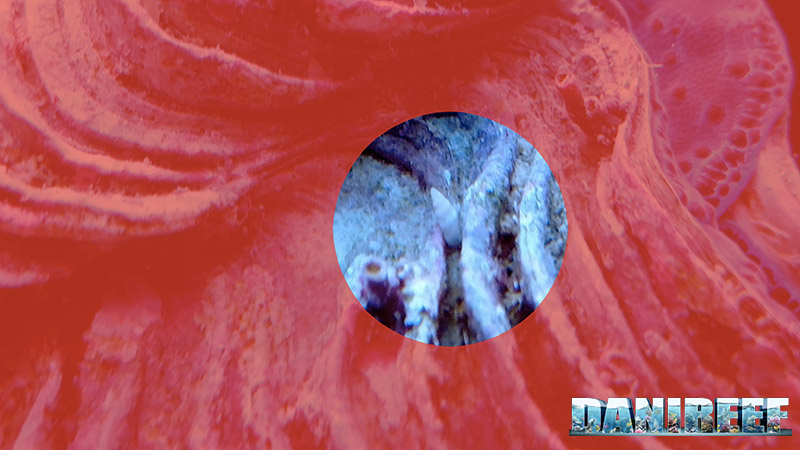 If they’re present, it’s necessary to remove them in time. I used some toothpicks, a pitcher and a bucket, and I removed them day after day from both the shell and the foot of the Tridacna. I eradicated all of the pyramidellidae snails, without leaving the bivalves with no water.

Thanks to a periodic inspection it’s definitely possible to get rid of this plague.

There are some fish that feed on these snails.

The tail-spot wrasse or Halichoeres melanurus, is a natural killer of these parasites. It also eats also some of the worst plagues of our tanks, including planaria and turbellaria.

So it’s a good idea to have one, even for prevention. 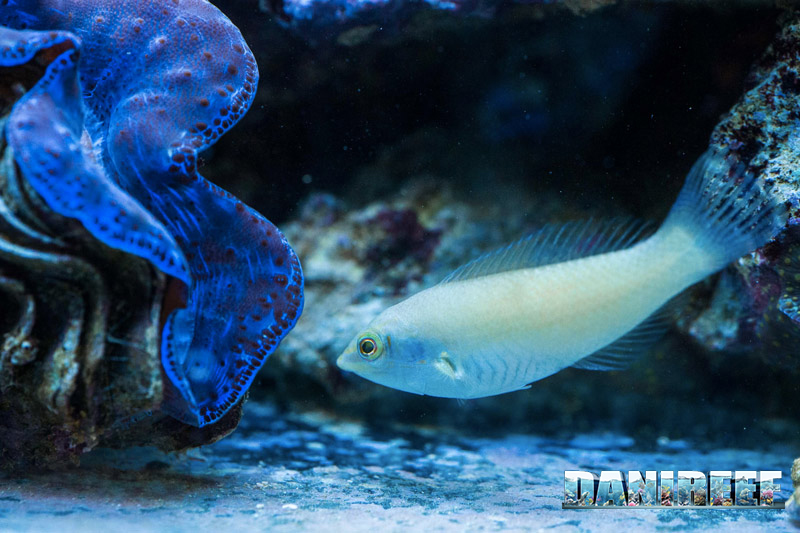 My Halichoeres melanurus (which I acquired in response to this problem) immediately ate the parasites.

I executed 4 baths with glucose in the aquarium water because my Tridacna were really weakened.

Tridacna autonomously produce glucose in order to provide their needs. The curative baths allow us to give the clams their feed as glucose ready for the osmosis. It’s a great help when the animal is weakened. Moreover, it gives it more food in less time. 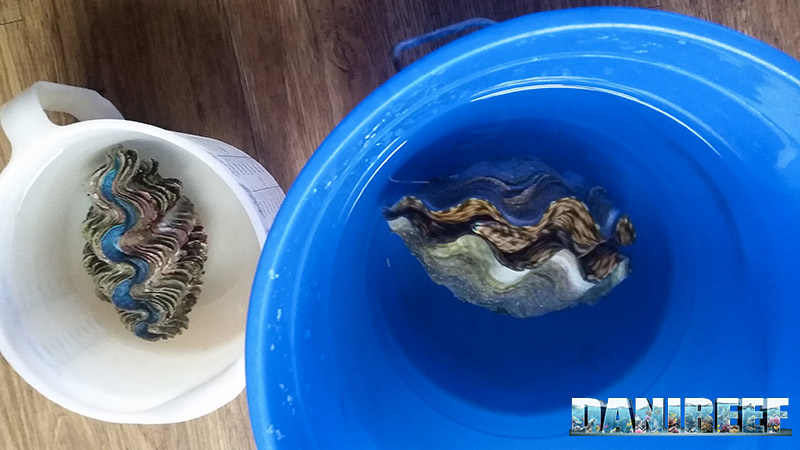 The doses are: 1 teaspoon of glucose for every 2 liters of water.

You can find the glucose online on Ebay or Amazon, or in supermarkets with a good baking department. The price is approximately 3 – 4 € for a 300 g can. You can also use common sugar, but if you consider the ease of assimilation by the animal, the glucose is better.

This cure revivified the animals, and they began to open completely durng the first bath. I executed 1 hour long baths every other day 4 times, with a periodic inspection for surviving snails to eliminate.

It seems that I totally got rid of them; and the clams completely rebuilt the byssus and reinforced.

I hope our guide can be useful in identifying and eradicating these snails. 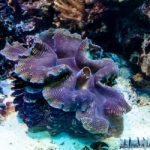 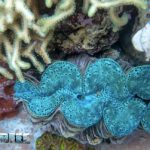 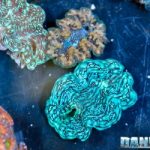 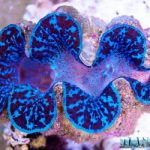 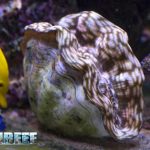 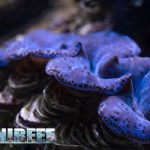