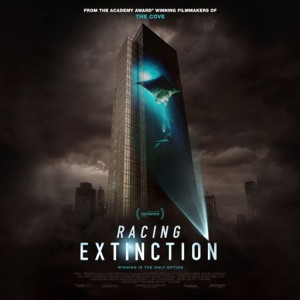 There’s something visceral and eerie about hearing the song of the last male Hawaiian o-o (pronounced oh-oh). The male’s mating call was recorded by scientists prior to the species’ extinction. As the call echoes around the tropical forest, suddenly we realize there will be no return call, this male is the last of his species. The o-o’s call, along with countless other animals sounds are filed away at Cornell Universities’ Bioacoustics research lab. This is the primary message of the new film Racing Extinction (RE).

Since humans took over the planet as the dominant animal species, an epoch known as the Anthropocene, countless animal species have gone extinct. To make matters worse, the causes of those extinctions are directly related to the activities of human beings, primarily since the rise of the Industrial Age. As one scientist featured in the film comments, “It’s like the meteor that wiped out the dinosaurs, only this time humanity is the meteor.” So beings an hour and a half journey down the rabbit hole of mass extinction, what it means and how the human race could be living out its last 100 years on Earth, right now. 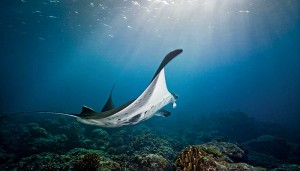 Racing Extinction is the brainchild of the film making team behind 2009’s The Cove. The Cove used special operations style tactics, high tech hidden cameras and sheer human intelligence to infiltrate the highly guarded Taiji dolphin slaughter in Japan. In fact, The Cove presented the public’s first bird’s eye view of the slaughter, and the film resulted in countless conservation efforts and public pressure. It’s also when the public learned that many of the dolphins rounded up on Taiji are sold to marine parks like Sea World, and in this regard the film was a precursor to the marine mammal park movement still taking place today. 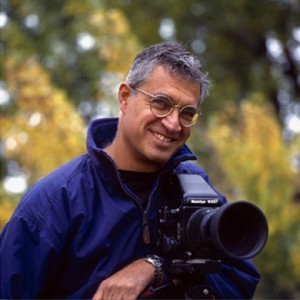 Racing Extinction brings back that familiar feeling, and at times you wonder if you’re watching a nature documentary, or an undercover special operations thriller. The film opens as RE’s team busts an upscale Santa Monica, CA restaurant, Hump, for illegally serving whale meat. Since then Hump has been closed, and the owners charged with various environmental crimes. The driving force behind RE is director Louie Psihoyos, the Colorado based film-maker and conservationist. Psihoyos takes us from Hump restaurant in California, where Hollywood producer Ady Gil stages a one man protest against selling whale meat, to tiny islands within the Pacific where manta rays are slaughtered for their gills, a supposed cure in traditional Chinese medicine.

It’s without a doubt that the oceans, and specifically coral reefs play a central role in the film. RE’s team bounces from island to island, chronicling massive warehouses of shark fins, on up to cultures whose primary income is the slaughter of marine life. They detail the impact of ocean acidification, and the high cost of rising sea levels. Everywhere they go the conservationists employ state of the art filming technology and methodology to capture the reality of ecosystem abuse. The filmmakers were even able to talk their way onto a manta ray fishing boat, chronicling in high resolution the slaughter of one of the sea’s most majestic inhabitants. 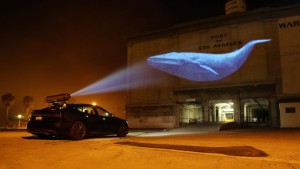 Though nothing can brace viewers for the dramatic conclusion to Racing Extinction, something that I imagine has never before been done during a nature documentary. With the help of Elon Musk and Tesla motors, along with female racecar driver (and conservationist, ironic I know) Leilani Miller, the team creates an electrically painted electric car, which can generate colorful moving patterns with the efficiency of a deep-sea jellyfish. Though a unique paint job isn’t all this super-car packs, it’s also able to project moving footage onto anything, at sizes so massive the public can’t help but notice. When the team projects a dissolving sea-shell onto a Shell gasoline storage building, security wastes no time in attempting to shut them down. In another iconic scene from the film, the vehicle is able to project live CO2 readings along the smog rising from a power plant’s smoke stacks. Just minutes earlier security for the installation ensured the team that this was only steam.

This time around Psihoyos and his team employ all the hallmarks of 21st century filming technology, including a camera filter that can see CO2 exhaust. Watching a human breathe while seeing the CO2 release is spooky, as it almost appears like steam rising from a person’s lips in freezing temperatures.

One thing that sets Racing Extinction (and even its predecessor The Cove) apart from other documentary films, is that the filmmakers have worked firsthand to create positive change in the arena of mass animal extinction. For example, RE’s team was able to make the case for manta ray protection under CITES (Convention for the International Trade of Endangered Species) which rendered the species internationally illegal to slaughter, and protected manta ray parts from being sold legally overseas in China. Using their high tech, super projection car RE’s team hosted environmental video sessions, complete with up-to-date facts blasted along buildings throughout some of Earth’s largest cities. 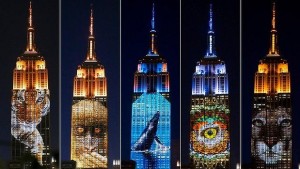 If you’re a fan of Rod Stewart’s films Sharkwater and Revolution, you will notice some familiar faces in Racing Extinction. Marine ecologist Dr. Boris Worm (often featured in Stewart’s films) makes an appearance to discuss the rapid loss of sea life that has taken place over the past 25 years, and other scientists join him, all pointing to human caused climate change, over-fishing, poaching and the illegal wildlife trade as instigators in a far reaching mass extinction. Whether you accept humans as the culprit behind climate change or not, it’s a known fact that over 90% of scientists agree that human activities have fueled our changing climate.

The overall theme of Racing Extinction is grim. Human activities are pushing countless species to the brink of extinction, and have already wiped out many of Earth’s precious species. According to ecologists this could breakdown the ecological order of the planet, throwing natural systems into chaos and potentially spelling the end of human life. In 50 years or less, the world as we know it may be a far different place, devoid of animal life and working ecosystems. There is hope though. Through technology, small changes at home and education of Pacific and Caribbean islanders, people can do better and small changes have a massive impact. For example, the RE team taught Pacific islanders that tourism is a far better alternative to slaughtering marine life. Boats that once caught whale sharks or manta rays, now host tours, generating more income for the community. It’s that beacon of hope the film holds onto as it ends, pointing out that based on the evidence, now is the tipping point. Either we change and save our world, or nature is pushed beyond the brink potentially leaving future generations without a future at all.