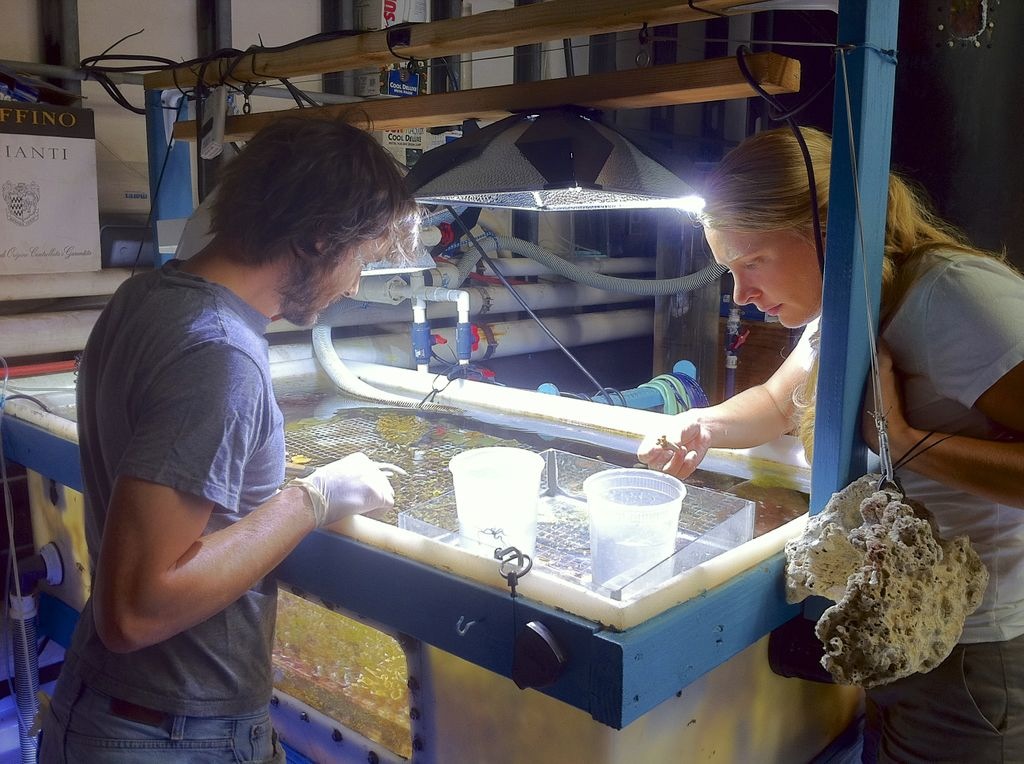 Sometime in the past year, a super secret meeting spawned a new business on Long Island in New York.   Someone was probably drinking Kraken rum when they posited the idea of ReefGen, a new farming organization focused on unusual and unique species.  Justin Credable and Laura Birenbaum are known throughout the industry for many achievements, but putting their collective minds to a new farming operation is probably their most exciting venture.  Justin, known for being the world’s biggest and most successful goniapora farmer (he even has his own Goni specific food from TLF), had been testing out some very new methods for coral fragging and growth optimization.  We don’t know much about the process, this is Area 51 type stuff apparently, but it is definitely outside of the normal farming methodology.  Working with Laura, they have assembled a collection of tank bred and raised coral and fish that are not normally seen regularly in the trade.  For example, they offer their own pink and green stylo as well as a morphed Milka stylo with a green base.  Cherry actinia anemones, chain dog sharks and flamboyant cuttlefish are not normally seen in the wholesale market and ReefGen is looking to fill this demand.  They also sell rare soft corals and a nice selection of chalices and of course some colorful gonis.  ReefGen is a wholesaler only, so you’ll need to ask at your local fish store to find out when they will be getting some of these cool corals and inverts in.