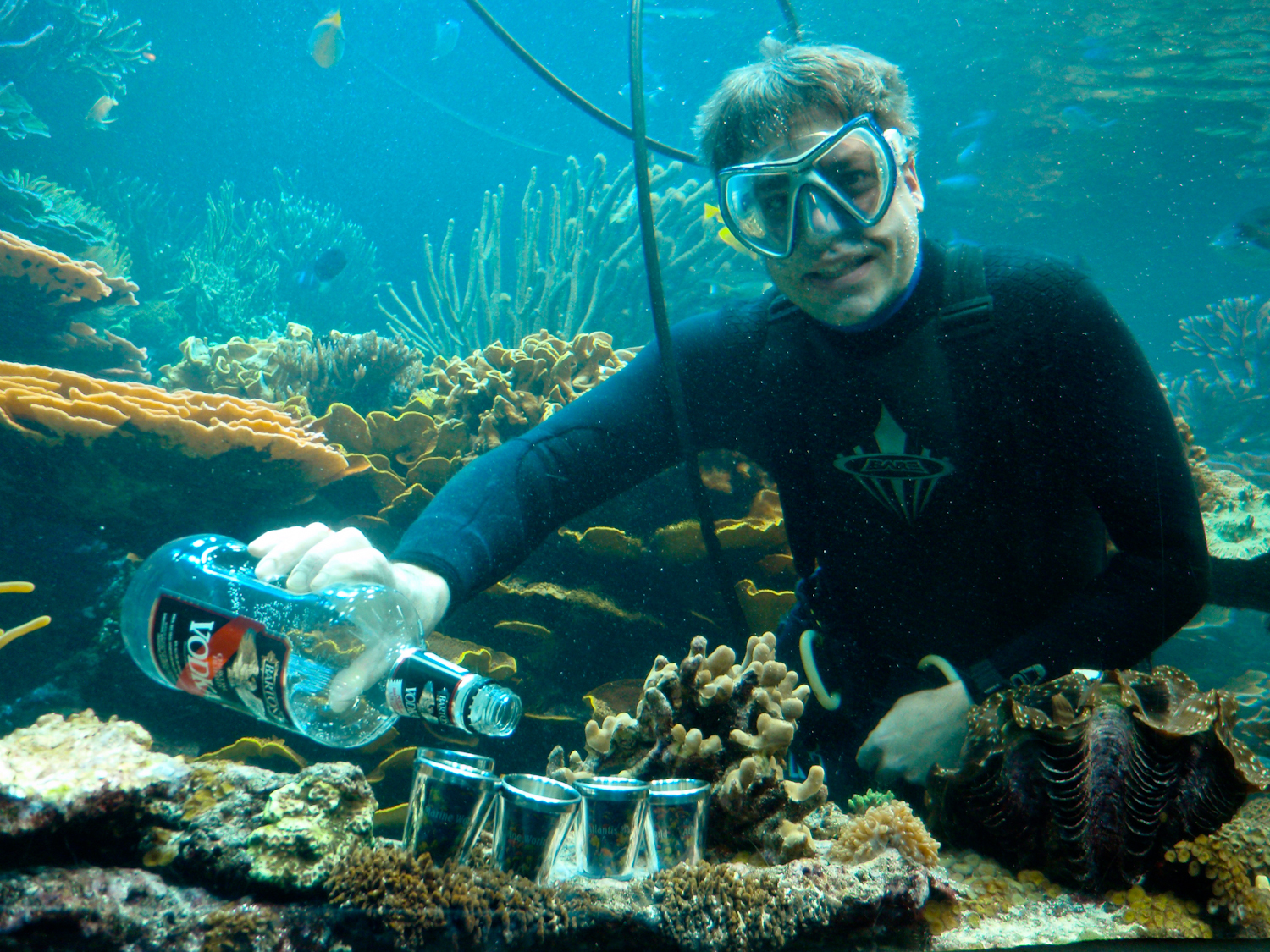 Some reefkeepers feel the need to justify their aquariums, they seem to feel the need to make their home tank more than a hobby. I can understand that feeling, especially in the face of those who characterize the way we get animals for our boxes of coral as ‘raping the reef’ and the massive amount of resources that often go into keeping a home tank. However, if that justification is really empty, if it isn’t a real justification, it can serve to make the justifier and the hobby in general look worse.

The most popular justification that people seem to use when trying to justify keeping exotic fish and coral in their living rooms is that their home reef tank  somehow serves the wider community because it is educational. ‘All of the people who come through my home ask questions about the reef’ they say, but does that really count as education? I don’t think it does, in the same way that showing visitors to my home photographs of my trip to Komodo doesn’t count as education about that area of the world. Its nice, they may glean something form the interaction, but is it really educational in the same way Public Aquariums, workshops, conferences, reef club meetings or science classes count as education?

How many people that aren’t already reefers are actually coming through a single reefers house and look at their tank? Generously, 100 a year? And what kind of education are they getting? Generously 20 minutes in front of the tank? Maybe a look under the hood? A brief discussion about ‘no they aren’t plants’? Watching a feed?

It hardly seems worth the electricity, the jet fuel, the plastic, the styrofoam, the gasoline, and the other resources, including animal life, to give those few people such a small education. It seems that those resources could be put to better use if the real goal was education – for instance a system in public school with sessions Q and A sessions during regular maintenance would go much further in educating people than a single reefers home tank. The moments that reefkeepers get to use for education of others are important and should be seized on at ever opportunity, but the purpose of home tanks doesn’t seem to be wider education. There might be some home tanks that can be somehow counted as educational, perhaps tanks that have detailed online builds for instance, or tanks set up specifically for some home study. But these are the exception, not the rule.

It seems to me that our home tanks are not a good platform for education; they simply don’t reach enough people in any kind of in depth way. Does this mean that I think we shouldn’t keep reef tanks or that there isn’t some and educational component to the reefkeeper keeping the tank? Nope, but I do think we should be realistic about the justifications we use for keeping them because false justifications can lead to incorrect understandings about the reality of our hobby.

I don’t see any need to justify our home tanks at all. For me, there is really only one justification that makes any sense in regards to keeping a reef tank in your living room; you want it there. That is an intellectually honest answer, and one with which no one can argue. Being intellictually honest is important, because that kind of honesty will help the hobby and industry create a stable foundation for responsible and sustainable future growth.

So, celebrate those moments of education that occur in your home – they are wonderful, and who knows, you might make a difference by reaching the right person. But be honest with yourself, broader education is not the reason you have a home tank. Why do you keep a reef tank at home? Probably for the same reason I do –  you love it, and there is nothing wrong with that.