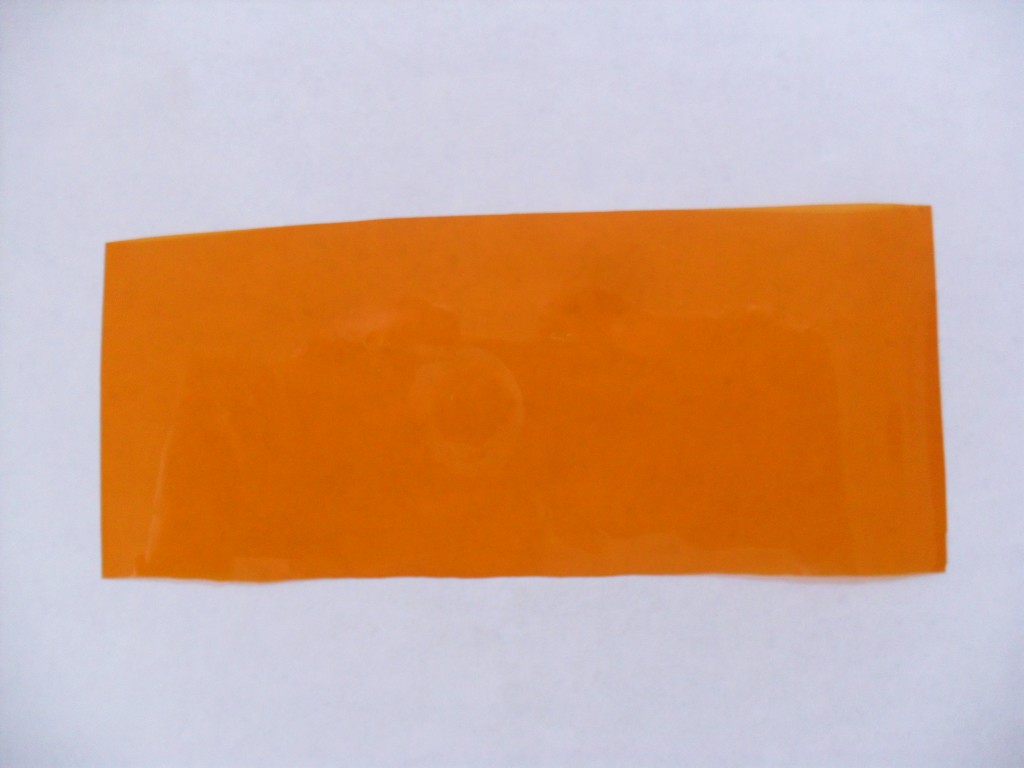 Some time ago I received a product sample from Vivid Coral Technologies. It appeared to be a 2″x4″ section of thin, amber-colored plastic sheet material. It is essentially a blue color filter, removing about 80% of blue light. The purpose of using this product, according to the company, is to create an enhanced and more natural-looking view of aquarium inhabitants while protecting the viewer’s eyes from harmful, excessive blue light glare. It basically allows the aquarist to use intense blue lighting on the aquarium while reducing its undesirable visual effects. It comes in a variety of sizes of sheets, which are applied to the tank panel much like auto glass tint.

The first thing I did was try it out with my own light, an AI Hydra 52. Run full blast, Hydras are really blue as it is, so I could immediately see a not-so-subtle difference using the color filter. I would definitely describe the filtered appearance as more “natural.” But my tank is freshwater. While I could say I liked the difference on a freshwater tank, I really wanted to see how florescence would look through this material. So, I took it with me on a visit to a couple of local Boulder, Colorado fish stores. At the first shop (Exotic Aquatics), I took photographs of some frags first under white light (with and without the filter) and then under blue light (again, with and without the filter). 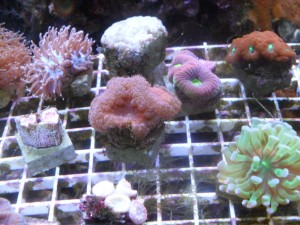 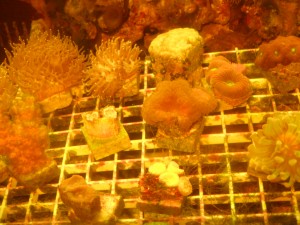 I was really satisfied with the results. It is a bit hard to tell from my snap shots, but the colors really did come through better (even the bluish tips on the Euphyllia frag popped more, with less blue noise around it). 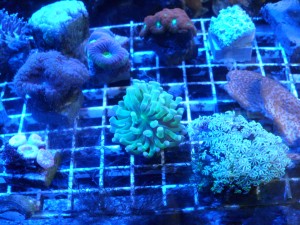 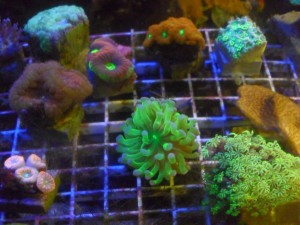 But, I was especially glad that I tried it on a particular Acanthophyllia at the second shop (Aqua Imports). I was shocked by how different the images of this coral came out. The difference with and without the Vivid Coral Film was just as dramatic in person.

So, I only had a small sample portion to play with. And I would like to stress that I only held the film loosely to the camera when taking shots, greasy thumb print smudges and all. In other words, they do not necessarily represent what a full-size, clean sheet that was properly applied to a tank would look like. I would really like to see what the full-sized product looks like up close on a big tank, particularly with the amber colored tint. But I think it fully does what it says it does, and I do like how things appeared through my little sample portion. 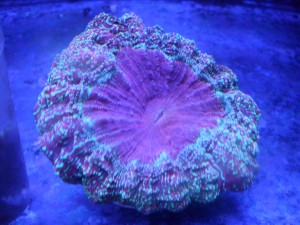 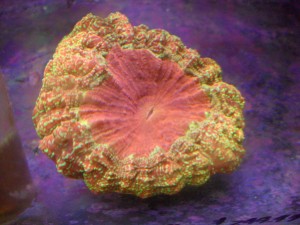 I can see photographers really liking this stuff. I can also see hobbyists taking a sample size with them to view corals at fish shops and frag swaps, where vendors tend to really crank up the actinic lights. I would like to see some kind of portable, wearable 3-D glasses type product made from this material for such a purpose. Overall, the Vivid Coral Film is a really unique, useful product that has some good potential in the hobby. The company divulges that their R&D is currently working with a range of films, and it will certainly be interesting to see what else they can do.

We extend our thanks to Exotic Aquatics and Aquatic Imports for their help in creating these images.