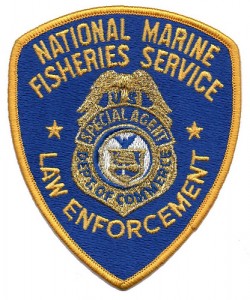 In past posts, I’ve written about the effort of conservationists to put a stop to the collection and sale of marine organisms. I’ve also spoken at length about NOAA’s decision to add 20 different coral species (5 Caribbean, 15 Indo Pacific) to the list of threatened species. Well, the metal has met the meat, and on January 13th, the National Marine Fisheries Service (NMFS) published an advanced notice of proposed rule making for regulation involving the 20 new threatened species. This means that NMFS will be deciding what regulations will be in place for the 20 species (many of which are common reef aquarium corals) and the legality of our right to own, purchase, sell or trade these organisms hangs in the balance. NMFS is looking for public comment, and before you run out sending off an email fueled by anger and fear, take a few moments to read below. 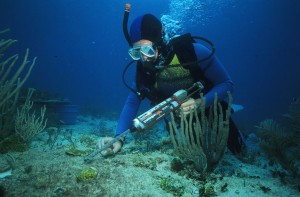 NOAA (the National Oceanic and Atmospheric Administration) is actually a wing of the U.S. Department of Commerce. Their job is to monitor commerce activity that may play critical roles in the health of the ocean and atmosphere. NOAA keeps an eye on everything from commercial fishing, to the use and collection of fossil fuels. Starting in 2013, NOAA began looking at the health of coral reefs, and employed a body of scientists to diagnose industries that were pressuring reef health, and also identify species, which were not only in sharp decline, but also crucial to the reef ecosystem.

You may remember reading months ago, that scientists had learned that it wasn’t rare or unique coral species that were vital to the ecological health of coral reefs, but actually common species providing habitat. It was NOAA’s scientific research that uncovered this, while naming important ecological species in sharp decline. Ocean warming, disease, ocean acidification and sedimentation were all named as stressors regarding coral reef health, but NOAA’s scientific advisors named the collection of corals for the reef aquarium trade a serious stressor as well.

NOAA originally proposed adding 62 coral species to the threatened species list, though PIJAC (Pet Industry Joint Advisory Council) released its own body of scientific research, dropping the number of species being added to the threatened list down to 20. To put things into perspective, up until now only two Caribbean coral species occupied this list.

First is NOAA, which works within the Department of Commerce to regulate any industry with an impact on the atmosphere or ocean. NMFS regulates anything regarding aquatic animals, from the food fishing industry on up to our reef aquariums. PIJAC is a lobbying group on behalf of the pet trade, seeking the least amount of regulation on the sale of exotic animals. PIJAC prides itself as the voice of pet owners (reef aquarium keepers included) but like the other agencies listed, they too have an agenda.

Some points to remember when commenting:

The reef aquarium industry was named as a stressor on wild reef health. I know many reef aquarists who care for their captive reefs in a responsible and contentious manner. It’s important to remember that both responsible aquarists, and responsible vendors are only a small part of the industry. There are a variety of vendors that seek cheap corals, selling them to aquarists who are un-educated and ill prepared to keep them. Cheaply acquired corals are often collected from threatened regions, harvested by un-trained collectors, whose methods have resulted in dramatic reef decline. Collectors in these regions are often paid bottom dollar for their livestock, forcing them to also collect animals for the food industry, or reef elements (such as live rock) for other industries. 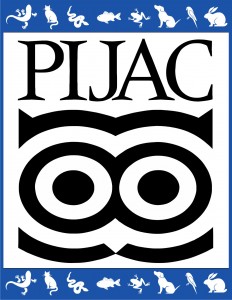 Of the countless reef aquarium vendors and private hobbyists, it’s impossible to know what the true impact of our hobby has been. This isn’t a quick fix issue, but one that needs addressed beginning with whom is going onto the reef to collect corals, and what conditions they are being kept in once in an aquarist’s tank. Education is the key to the hobbies’ future, and something that PIJAC has invested none of its energy into. PIJAC has been highly criticized for implementing fear tactics, and exaggerating the impact of this proposed legislation.

First, be sure you are confident that you participate in the hobby, in a manner that is sustainable. Also be sure to educate yourself on the issue, top to bottom. I have a variety of posts on reefs that detail the ecological impact the hobby has made on wild ecosystem. Make a short list of where you acquire your livestock from; paying close attention to the amount of livestock you keep that is captive propagated. It is crucial that NMFS understands that keeping wild corals, has led to methodologies that allow us to propagate these animals in captivity. If coral vendors you purchase from make special steps to ensure sustainability, make note of that in your comment to NMFS.

It’s also vital to speak about the reef keeping community, and the sharing of information that takes place, as aquarists assist each other in being successful. Noting that techniques learned while keeping reef aquariums have led to scientific breakthroughs is also important. While not directly related to corals, LRS’ food Reef Frenzy has been implicated as aiding in the success of breeding personatus angelfish. This food was developed exclusively for captive aquaria. Aquarists around the world are learning techniques that can keep coral animals healthy, and directly be applied to aiding ailing reefs during changes in climate.

You can send comments to PIJAC here: marshall@pijac.org (no later than March 16, 2014).

You can also comment directly to federal legislators here:

If you’re not aware of everything leading up to this, including the exact species encompassed by this potential regulation, this link will bring you up to speed: http://www.fpir.noaa.gov/PRD/prd_coral.html

Our hobby has hit the radar, meaning that it’s implicated as a catalyst in oceanic decline. This comes at a time when both the public and legislators are bringing ocean health to the forefront of policy. Every aquarist should make an inventory of their reef keeping practices, and make certain they are in line with current times regarding sustainability. There is a body of information on this website that can aid aquarists in doing this. It’s also important to know whom you are buying livestock from. There are so many fairly priced aquaculture outlets, which are making strides toward sustainability, that there really is no reason to do business with anyone else. If your vendor has only a Facebook profile and forum avatar, chances are you’re in the wrong place.

“Right now I am studying the role of microbes in the health of captive corals. I’ve pooled together research from MOTE and a host of others, to establish a baseline of microbial life living in unison with corals while working to find out how cultivating these microbes can aid in the health and healing of corals. This has tremendous potential, including transferring genes and traits to corals, which can aid them in surviving climate change.

I don’t have a phd, nor do I work on behalf of a prestigious university or scientific research center. I’ve been a marine aquarist since I was very young. My love of marine animals led me to become a dive instructor and eventually a scientific diver that trained recreational scuba divers on coral reef biology and food chains. For nearly 10 years, I’ve written for various aquarium publications learning, sharing and advancing the reef aquarium hobby. None of that would have been possible without the ability to acquire, propagate and trade coral animals.

There are thousands more individuals doing the same thing right now. Working toward a healthy and sustainable future, not only for captive coral reefs, but developing methods, which can be applied to maintaining wild reefs as well.

The hobby has a long way to go, with education serving as the vital key that can end environmental abuses. As more and more aquarists become ocean literate and understand the importance of protecting the earth’s life support system, a sea change of thought can take place, putting an end to greedy merchants who seek only a quick buck no matter the ecological cost.

By ending our ability to keep, buy and propagate 15 common Indo-Pacific coral species, many will not have an introduction into the hobby that leads to success and commitment. The animals selected for regulation are corals that beginning reef keepers can use as a foundation, gaining the knowledge and skill to progress. Instead of making blanket legislation that keeps these animals out of all of our hands, I would propose education. Force retailers to educate their consumers not only on how to properly keep coral animals healthy, but also the importance of wild reefs. Those vendors that are only concerned with a quick buck would fade away, unwilling to comply with legislation that makes them responsible for educating customers, and thus aiding wild reef ecosystems. Make sure that vendors are working with collectors abroad, teaching them how to harvest their reefs, not destroy them.

Reef keepers are a dedicated lot, not only dedicated to the health of their captive reefs, but also the future of our planet’s oceans.”