Whitestar, a Sunscreen Bill and The Cardinal(fish) Rule. Jeremy has added a few more coral to the big tank and is really enjoying his light reactor. Peter is getting ready to finish up on his road trips for the year and is enjoying his tank hair algae free. All this and more on Episode 84 of the Reef News Network. 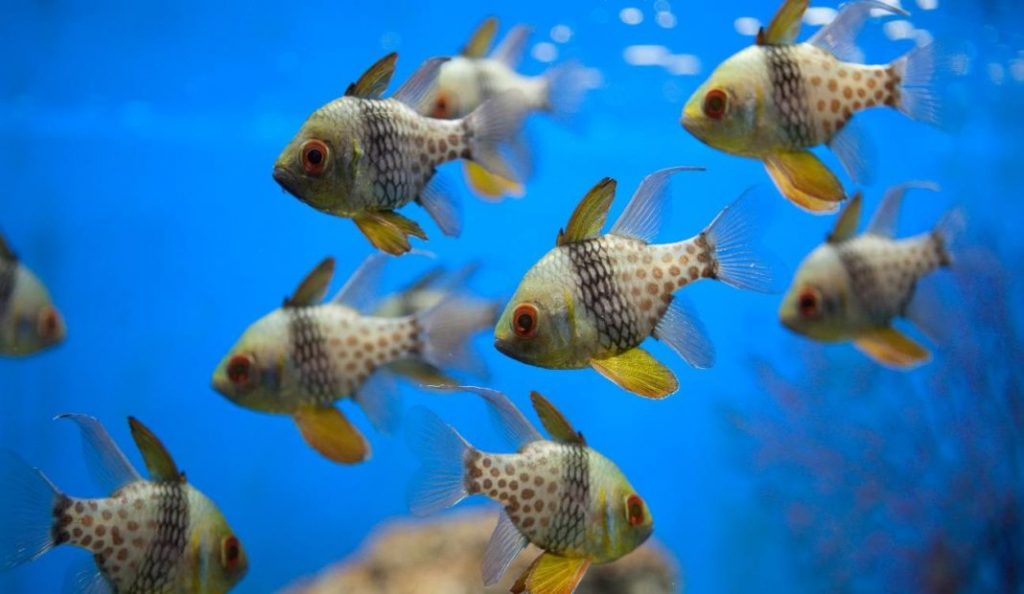 Jeremy– Cool cardinalfish sighting! According to Dynasty Marine, this species is rarely encountered due to its nocturnal behavior. It’s worth noting that this cardinalfish, like its relatives, is presumably a paternal mouthbrooder that could spawn clutches several hundred in number (a potential breeding project for someone aspiring to break ground with a new species). With a little bit of luck, the intrepid aquarist looking for something a little different might be able to find some Whitestar Cardinalfish in the trade right now! Check out the full article over on Reefs 2 Rainforests.

Peter– With the sponsor pointing to concerns about skin cancer, a Senate committee Monday approved a measure that would prevent local governments from banning over-the-counter sales of sunscreen. The Senate Community Affairs Committee voted 3-1 to approve the bill, which stems, at least in part, from a decision by Key West to ban certain types of sunscreen because of concerns that chemicals in the substances were damaging coral reefs.

Tip of the Week: Marc Levevenson posted a cool thing from a vendor at the show he attended last week and it would be a cool add on for the Fragger’s guide. The vendor brought photos of her grow out / display systems with PAR values next to each colony. This is a great reference point for buyers.

Main Topic: Cardinal(fish) Rule A staple in the hobby and one of the coolest species of fish, the cardinalfishes are a fantastic option for everyone from beginners to experts. This week we will discuss Cardinalfish as a species, difficulty level, tank requirements, feeding behaviors, common types available in the hobby, how many you can keep in a group & breeding/aquaculture.