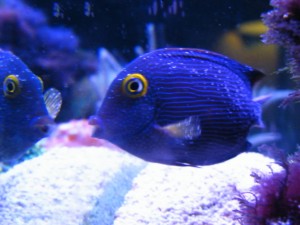 The reality of keeping marine fish, is that external parasites come in a variety of shapes and sizes, and all of them can be severe. Marine ich (Cryptocaryon irritans) is the most common external parasite aquarists will encounter. The problem, is that many parasites have relatively similar symptoms, and sometimes fish are infected with more than just one. Early symptoms include flashing (rubbing sharply against rock work or aquarium décor), heavy breathing, refusal to eat, and general listlessness. So much attention is paid to ich, that for some seeking information, it may seem like the only external parasite ever recorded. In reality, there are many, though treating different external parasites has a lot of common steps. Some parasites progress quicker, infect different fish species, and are swift to get into the gills, which is often the fatal blow. To help any reef keeper who is infected by an external parasite, I offer some reef triage.

It’s vital to remember, that if your fish become infected with an external parasite, treatment must be administered in a separate quarantine tank, or corals and invertebrates need to be moved into a separate tank. I prefer the latter, since I don’t incorporate copper as a parasite treatment, and corals are much easier to move, than fish. If you opt to incorporate copper, the tank it’s used in, will likely never be suitable for corals or invertebrates again. Rigorous quarantine of new specimens is a must, but even with strict quarantine procedures, it’s still possible that a parasite will slip in through the cracks. 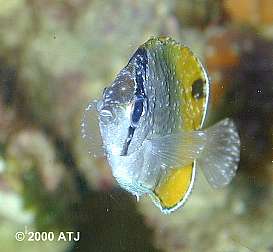 Mission Objective 1: Remove as much of the parasite from the gills as possible

External parasites feed off fishes’ bodily fluids. In many ways feeding and reproducing is their sole purpose for existence. To do this safely, they encrust themselves in a cocoon, which is the white spot that is often associated with ich, and other external parasites. While in this cocoon, they are essentially invincible. They are sealed up, attached to their food source, and waiting to break free, releasing more and more of themselves. Most external parasite treatments, are toxic enough to kill the parasite, but can do nothing while it’s encrusted. Parasites encrust on fish, rocks, sand and all over any solid surface in the tank. If your fish have noticeable spots, there could be legions of encrusted parasites, all throughout your aquarium.

It’s paramount that these external parasites don’t infect your fish’s gills. They seek out the soft tissue of the gills, and when they get there, often the affected fish can no longer acquire oxygen properly, and perishes. If fish exhibit noticeable parasites on their skin, then it’s very likely they have reached the gills as well. A freshwater dip cannot kill encrusted parasites, mainly because they are protected by your fish’s own slime coat. There is no slime coat within the gills, so therefore these parasites can succumb to a rapid change in osmotic pressure. Please note that you will not remove parasites from the fishes’ body, so don’t expect a parasite ridden fish going on, to come out clean.

A proper dip isn’t just done in freshwater. It’s imperative to make it two parts, part one being freshwater with the same temperature and ph as tank water, and part two being marine water from the tank, treated with formalin, malachite blue or one of the premixed treatments on the market. The go to treatment I recommend is Paraguard, by Seachem. Most marine fish can handle a 15 minute dip in freshwater, before showing signs of severe stress. What kills marine fish, if left in freshwater for too long, is the inability to osmoregulate, as the freshwater dilutes their bodies’ natural salt content. It takes a while, so 15 minutes in a freshwater dip, should not kill your marine fish. If it does, chances are they were so severely infected by a parasite that they would have perished no matter what. Following up the freshwater dip with the treated marine water dip, helps to ensure that any parasites who were falling off the fish die, without leaving the fish in freshwater long enough to cause damage. This process needs to be repeated daily, until the water within the infected aquarium is hypo saline. 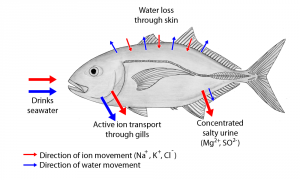 Hypo salinity, is in my opinion, the best treatment for external parasites. It doesn’t only kill the parasites, it takes stress off the fish. By removing a stressor, (which we will consider, for the purposes of this article, wasted energy) the fish have more energy resources available to heal. Fish require osmoregulation, which is a constant balancing act of internal body salt content, with the salt content of the surrounding water. In full salinity marine water, the water is saltier than the fish’s bodily fluids, so energy is required to dilute the excess salt, which the fish is constantly consuming. Hypo saline water, (SG 1.010-1.008) is much closer in salt content, to the fish’s bodily fluids, thus saving them the extra energy that dilution requires.

Many aquarists know that hypo saline water kills external parasites, they just don’t know how. It’s the same way a freshwater dip does, it changes the environmental osmotic pressure, and a simple life form such as a parasite cannot adjust, and literally explodes. Hypo salinity must be accomplished slowly, by dropping salt level by several points per day, until the desired salinity of 1.010-1.008 is reached. I prefer 1.008, as it offers a buffer in the event the salt content of the water rises, due to natural evaporation. Hypo salinity will not bust encrusted parasites off of fish like a freshwater dip, simply because the change is gradual and doesn’t change the osmotic pressure of internal fluids fast enough. Hypo saline water can only kill free swimming parasites, which is why freshwater dips are so crucial to saving fish. If parasites are encrusted, feeding on fluids via the gills, without the dips, hypo salinity will not be enough to save your fish. 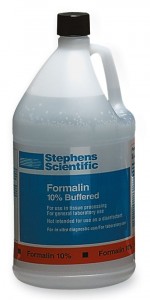 Mission Objective 3: Use a parasite killer

Parasites vary in their tolerance to hypo salinity. It kills most of them, it doesn’t kill all, with marine velvet (Amyloodinium ocellatum) being a known exception. Many treatments are far more effective, when administered during hypo salinity. The most notable one is formalin, which when administered during hypo salinity, is great at eradicating parasites. I recommend using a daily dose of formalin, at or around 5 ml per 10 gallons of aquarium water. It’s best to perform a 25% water change before each dosing, but dosing can be successful without doing so. Since hypo salinity does not cause extra stress on fish, adding formalin is possible in that environment, without undesirable effects. Remember that protein skimmers, activated carbon, poly filters and a few other things, can remove formalin as quickly as you put it in, so keep them off during treatment.

As you treat with formalin, it’s vital to treat with an antiseptic, allowing the antiseptic treatment to last several days after the fish are parasite free, and before you activate your filtration. Luckily formalin and malachite blue, are effective in preventing a bacterial infection, but an antiseptic is required to aid the healing of fish tissue. There are many treatments on the market, and I opt for one that doesn’t include aloe vera, or further promote slime coat production. Typically fish recovering from an external parasite have more than enough slime coat, and thick aloe treatments love to clog pumps and other equipment. 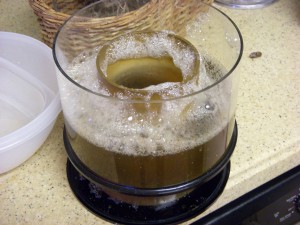 What goes in, must come out. You don’t want your fish exposed to parasite treatments, if they are un-needed. All have long term use consequences, which can manifest long after your fish have healed. I recommend waiting 7-14 days, after the fish are visibly parasite free, to begin remove medications. Typically I recommend stopping formalin treatment seven days after the last visible parasite is gone, and continuing antiseptic for an additional 7 days. Once that period of time has passed, and your fish are still parasite free, then you can begin removing the medication.

Remember, that water salinity should remain at hypo, don’t raise the salinity just yet. The best way to remove medications, is to conduct a large water change, 30-40% (replacing it with hypo saline water) activating your protein skimmer (expect a lot of skim mate), starting carbon filtration back up, and adding poly filters to your filter socks. Poly filters will actually turn bright blue, once they are exhausted, so it’s easy to know when to replace them. I keep adding poly filters to the filter socks, until they stop turning bright blue quickly. The process of removing medications can take several days, or longer.

It shocks me how quickly many aquarists return their aquariums to normal salinity. You lose the benefit of stress reduction, and allow any surviving parasites the opportunity to return to action. Marine fish can survive in hypo salinity for a long time, without any ill effects. If you are comfortable leaving them in that environment for 45-60 days, I recommend it. At that point, you can begin conducting water changes with normal salinity water, and slowly raise the tank’s SG back up to normal levels.

Temperature, does it work?

There is information suggesting that a higher temperature, can help hasten the life cycle of external parasites. It’s a common strategy in freshwater aquariums, which is often applied as a parasitic treatment. Marine ich, is a totally different parasite, then ich found in freshwater tanks. The only reason the parasite shares the same common name, is because they look a lot alike.

Once your water is hypo saline and treated with formalin, I recommend raising the tank temperature to 86 degrees, for three days. Then dropping it down to 80 for the duration of treatment. Does it help? Honestly, I don’t know, but using that approach shouldn’t stress your fish any more or less, so it’s worth a shot. 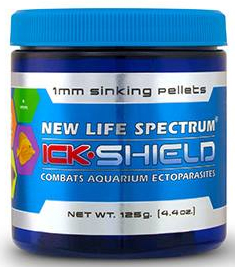 Parasites suck, and many people become bummed out when they get infected. Using the approach outlined above, can save fish. I know 30 days or longer of treatment, is a long time, but you will be busy during that 30 days. If you’re not, and simply stare into your tank hoping for a miracle, like the sheriff’s department in Rambo First Blood, you’re going to need a lot of body bags.