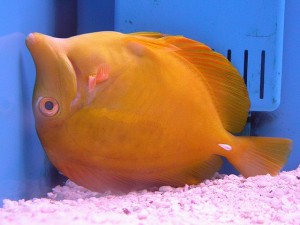 During my last post, I addressed the question of whether or not fish feel pain and have a conscious mind capable of seeking pleasure or feeling emotional stress. I want to expand on this topic, based on another scientific paper which includes more information and research, asking the question whether or not fish should be included in our moral circle of sentient animals and provided protection under the law. Yesterday’s post was based on a scientific paper by Dr. Stephanie Cottee and the information shared today borrows from a paper by Culum Brown and Dr. Marc Bekoff.

Fish intelligence, consciousness and ability to feel pain has long been written off as implausible, based on physiological differences between fish, mammals and especially human beings. Since some aquarists are scuba divers, we may forget that a large majority of the population will never experience fish behavior in the wild. Those of us working with marine animals know that they form complex social hierarchies, have interesting brooding and parental habits and display behavior indicative of long term memory. All of these factors have been scientifically studied, leading researchers to believe that fish are sentient (self-aware) animals, which possess a wide range of emotions. In fact, according to Culum Brown in his paper Fish Intelligence, Sentience and Ethics – fish have far more in common emotionally with human beings, than other animals within the animal kingdom. Research has shown that fish behavior includes a wide array of sophisticated behaviors, even showing signs of Machiavellian intelligence (political and social intelligence often attributed to humans and primates). 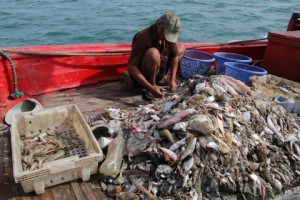 Scientists have also documented the use of tools in various fish species. Many aquarists are aware of fish using physical adaptations as tools, such as a triggerfish using a jet-stream of water to flip over a snail or sea urchin. If scientifically there is every reason to believe that fish are sentient beings, capable of suffering and emotion, then why are the same protections offered too many animals not applied to fish.

Brown notes that public perception and opinion is often what decides legislative outcomes, and sways the majority in making preconceived notions about animal conscious. As I said earlier, most people have never observed fish behavior in the wild. Sadly, the only time people have had a personal relationship with fish, is when they are on a plate. Fish live in the aquatic medium, so their style of communication is entirely different than that of humans. To make matters worse, fish are incapable of facial gestures which visually indicate mood. Since we can’t hear them, or accept visual cues from them, we assume that they are incapable of feeling and scoff at the idea they are self-aware. 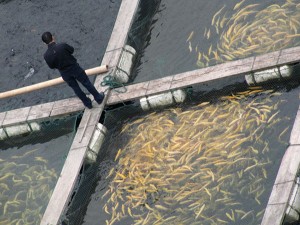 Fish are one of the most highly utilized vertebrae by human beings. They are harvested from the wild by global fishing industries, the aquarium industry and grown under intense and disturbing aquaculture conditions. They are also one of the most common pets, and come in second for use in scientific research that is potentially harmful or invasive. Most aquarists are accustom to see fish struggling to survive, crammed into tiny tanks at the local Petco or a sub-par local fish store. We have dealt first-hand with the effects of parasitic infections in captive fish and witnessed the damaging effects of head and lateral line erosion, a condition not often found on wild fish. While animal rights legislation has grown by leaps and bounds since the 1800’s, fish have remained absent in efforts to prevent cruelty to animals. 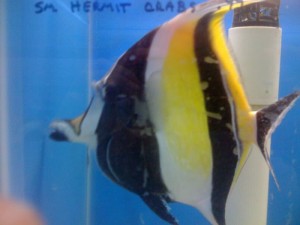 In 1882 the UK Cruelty to Cattle act banned mis-treatment of cows and sheep, based on data that suggested they were capable of a wide array of complex feelings. This was one of the first animal-welfare legislative acts. The 1835 Cruelty to Animals Act included dogs, outlawing bear baiting and cock fighting, based on studies into mental capacity of both species. The Cruelty to Animals Act of 1876 was primarily a means of protecting animals used for scientific research, but offered special protection to cats, dogs and horses. In more recent years, empathy towards animals has resulted in special protection for primates, elephants and dolphins/whales. The more recent push for compassion towards farm animals in industrial settings illustrates how a shift in public perception can sway the actions of legislative bodies. While there are well over 50 years of cognitive research on animal species and countless details about the incredible behaviors of fish, no legislation to prevent cruelty to animals has encompassed fish. Imagine if a dog was offered for sale, emaciated and so flea/tick ridden that it whimpered in the corner of a pet store cage. This type of behavior wouldn’t be tolerated for a second, with the business allowing such abuse likely being revoked of any licenses and shut down. In fact, it would be highly likely they would face prosecution and be forced to appear in court. 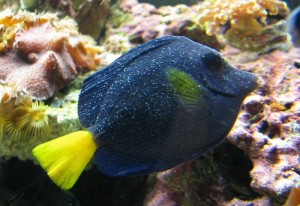 Since the ethical treatment of fish lags far behind that of their vertebrate cousins, researchers are asking the public to include fish species in their moral circle of compassion. There are no cruelty laws that currently force retailers, aquarists or aquaculture institutions to treat fish with the level of compassionate care offered other animals. If fish are viewed as cognitively advanced, emotionally capable animals by the public, and that view is backed up by bodies of scientific research/evidence – it’s likely a sea change of thought would occur, ending the widespread abuse of aquatic life.

Marine aquarists have been fortunate enough to form strong relationships with aquatic animals, especially marine fish. We all tell stories about some of our favorite specimens, their habits and how something we thought lacked a superior brain surprised us with advanced behaviors. I’ve known many aquarists who had the best intentions in caring for their fish, but cut corners that ultimately resulted in un-due suffering and death of many fish species. With new research into the conscious capability of our fish, perhaps the tide can change, resulting in higher standards for piscine care and a body of aquarists equipped to do better. 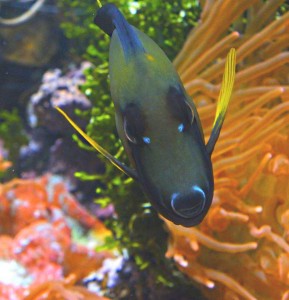 As science reaches deeper than ever in understanding marine aquatic organisms, we are finding a complex network of intelligent animals that influence the health and balance of the ocean. I’ve written about the fascinating network of microbes that aid in coral communication, health and well-being – a network that was unknown to science not long ago. A good aquarist is always learning, using scientific evidence not only to progress moral attitude toward the stewardship of animals, but also use that new information to progress their abilities to care for their aquatic charges.