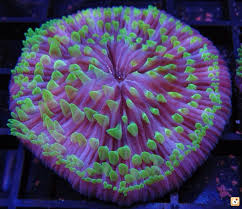 “Have you seen my signature gold dragon’s eye merlin’s chalice of wrath?” Nope this isn’t a game of Dungeons and Dragons, or a World of Warcraft convention. It’s the reef aquarium hobby. Years ago, if you stepped into a coral shop, or onto an online forum muttering those words, people would have either thought you were drunk or very confused. Fast forward and arrive at the same forum or shop today, and don’t be surprised if some chopped up phrases like the one above are flying around. It’s coral naming, and today it seems as though the scientific names of corals are long forgotten, lost in a haze of cool rhymes that seemed to emerge from the mind of a 12 year old hipster.

Despite my tone, I don’t hate naming. When I entered the hobby we hadn’t gotten that creative. A colorful scoly was often called a red or orange doughnut coral. Did I mention that back then, it also cost 40 bucks. Coral naming lets people be creative with their livestock, and now and again a name sticks, and travels through the hobby like the avian flu. There is something that bothers me though, it’s that often attached to that swell signature name, is a jaw dropping price tag. So should a coral with a cool name cost more than the old doughnut coral of yesteryear? More importantly, how did naming begin and is it helping, hurting or having little effect on the hobby and industry as a whole? 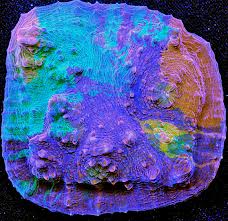 Coral wholesalers are called such because they have to sell everything. That means that among the angel’s eye zoos and Jurassic purple people eaters, there are old standbys like green star polyps, garden-variety leather corals and a host of others. To make sure everything finds a home in a retailer, wholesalers often throw in a few choice pieces with the bread and butter stuff. I remember a time at my local fish shop, when a real stand out coral piece was sold for five dollars more than the bland stuff. It didn’t last long, and often I would help the store’s owner un-package his new stock, for first dibs on anything exciting. As the reef keeping hobby gained solid footing, more and more people wanted exclusively unique corals. Suddenly retailers learned the reality of capitalism consumers wish they would ignore; to some these pieces were worth a lot of money.

To be fair, retailers had to order larger amounts of bread and butter corals in order to get a good selection of unique livestock. Ask any coral vendor and they will tell you, bread and butter stuff is hard to profit from. It’s easy to get and often sold for next to nothing as a promotional item. That five-dollar mark-up for colorful pieces went up, today sometimes exceeding the 500-dollar or more mark. There are vendors out there that specialize in rare and colorful pieces, and the prices are insane! 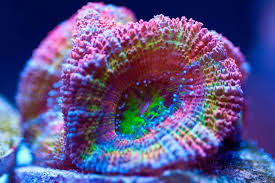 Naming in general started when coral collectors and vendors simply applied a cool and unique name to a coral that was different, or uncommonly gorgeous. This sort of evolved into the signature naming seen so often today. If a specific shop has a pretty coral, it might be referred to as Golden Reef’s signature insert any common coral name here. There is a flipside to all this colorful naming, a likely unintended side effect, but a side effect non-the-less. Sort of like the antibiotic that cures your infection, but gives you diarrhea.

Corals are not created in our reef tanks. Sure they can be fragged, in some cases spawned, but they are a product of Mother Nature. Every coral in captivity today came from a colony somewhere in the world’s oceans. To an uninitiated reefer, especially one with particularly deep pockets, it may appear as though to get something beautiful, you have to find a signature nametag attached. Friends of mine that own coral retailers have told me, that customers would turn down beautiful corals simply because they didn’t have a signature name, even when they were half the price or less than the coral with the creative name. When I’ve browsed forums, naming has traveled like a virus, giving a handful of reefers a fever that makes them seek out named corals, much like a zombie seeks out human flesh. 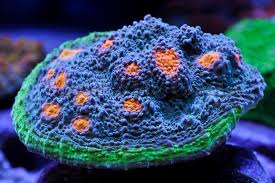 This has helped a handful of vendors develop a pricing system unlike any of their competition. At first glance an educated reefer would say, “There is no way they’re selling that for such a price.” Though, in reality they are. So many new aquarists seek something unusual and rare, that they make the expensive assumption that if a vendor attaches a signature name to it, then it must be super special. I’ve seen these hyped up corals sell for five to six hundred dollars, for a tiny frag of two of three zoanthid polyps.

Some would say, “What’s the big deal, if consumers want to rush out and buy hyped out corals, all is fair in a capitalist democracy! It’s the free market, the laws of supply and demand!” True, I guess, but coral species have names. They are Latin, they are not fun to pronounce but they offer something that sizzling hot names don’t: information. If you type the modern fad name of a coral species into Google, you will likely get a mix of vendor advertisements selling it, and forum chatter about it. As I’ve said about forums in the past, they can be loaded with misinformation. They could also be loaded with coral vendors posing as common aquarists to create the climate that a certain coral is worth thousands, when in fact it’s simply a striking color morph of something common. Combine this with the potential use of Adobe Photoshop to enhance coral traits, or photographing corals under heavy actinic lighting, and I think you see where I am going.

The line is fine between profiting from something for which there is a high demand and short supply, and misleading people into believing they are buying something out of the ordinary, that another vendor is selling for ½ the price. Sure, this isn’t the crooked used car salesman snapping a Chevy logo and replacing it with a Cadillac icon – or bringing the odometer down from 100k to 10k, but it does raise some important considerations. 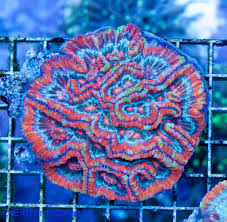 One, is it fair to sell a coral without offering the scientific name of the species on the advertisement page? Is it possibly misleading someone to sell them a coral species without mentioning where it originated from, or linking to any body of captive care guidelines? Should there be some guidelines as to what is considered an appropriate photo when a coral is offered for sale? Maybe vendors should offer photos under a variety of different lighting spectrums, so that customers have a real world idea of the specimen they are getting? When advertising, are signature names that make a coral specimen appear exclusive to a certain vendor, violating an open and transparent marketplace and do they plant in someone’s mind that the vendor “made” that coral? Is only a Facebook page and forum profile a good sign when looking for an upfront and honest coral vendor?

Sadly my friends, I don’t have the answers to any of these questions, and offer them only as food for thought. Before I go, I would like to bring up one other attention grabber in the coral marketplace these days. Forum flash sales, at least that’s one popular name for them. Sales that last maybe a day, or a few hours, where bidders compete to buy a handful of exotic looking corals, with the winner being he whom will pay the most. These sales are often posted with no scientific names, not even a common species name and with what appears like a few iphone photos as proof of your upcoming purchase.

Should there be some ground rules for such a sale? I assume these questions may offend some vendors out there, but I also assume those offended, likely know the answers to many of the questions posed above. If you have any stories about an experience hunting for beautiful corals and falling into a pit you didn’t expect, feel free to email me at jjeremy@gmail.com