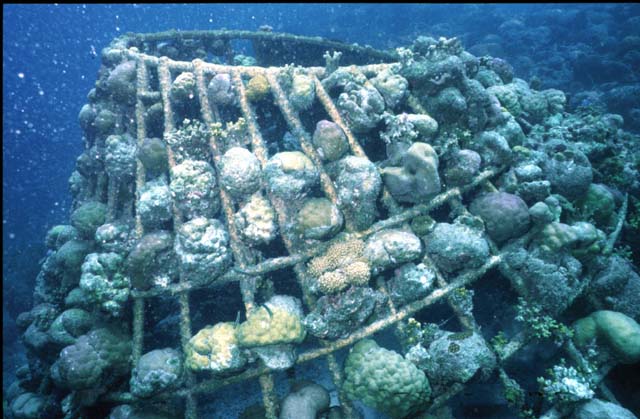 The concept of increasing coral growth through electrical stimulation has been around for a while, but using it to address the growing acidification of the oceans is an excellent strategy that may take off in the next few years.  The core principle is that metal structures with a small electrical current allow corals to lay down limestone much faster than usual.  It is claimed that corals attached to these systems can grow anywhere from 2x-6x faster than ordinary ocean dwelling corals.  This may make the difference in the efforts to protect corals against the pH changes that are occurring in our waters as a result of higher levels of CO2 in the atmosphere.  This article on the Discovery website details the use of the Biorock technology.  But don’t get any ideas about doing it in your own tank just yet, having metallic devices in the ocean has little to no impact on corals, whereas in your confined tank you would need some method of removing the toxic oxidation that would certainly leak and eventually kill of your precious animals.