“Sneaking” Determined to be Factor in Social Cohesion of Neolamprologus Cichlids 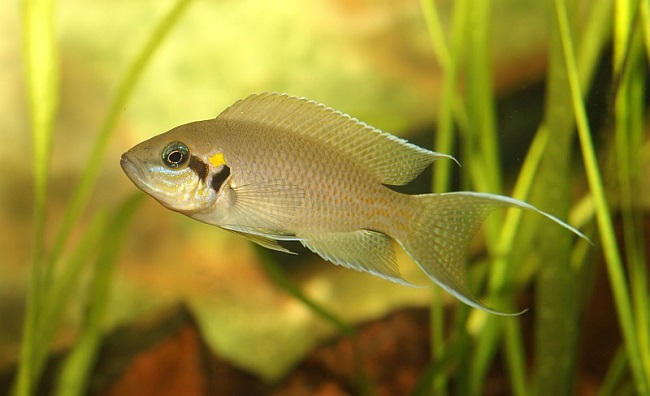 Neolamprologus often occur in social groups. Typically, these groups include a dominant breeding pair as well as one to fifteen male and/or female subordinate individuals. The subordinates assist the dominant pair in territory maintenance, in territory defense and even in the care of the pair’s brood.

If it were so that members of these social groups tended to be related, the reproductive benefits (however indirect) conferred to subordinates by participating in the care of the dominant pair’s offspring would be clear enough. However, at least among Neolamprologus, such groups are by and large comprised of completely unrelated individuals.

Dr. Bruintjes, under the suspicion that (at least male) subordinates were breeding as “sneakers,” tested the parentage of brood from groups of Neolamprologus belonging to populations at Kasakalawe Point, Namibia. Of these samples, dominant females had mothered essentially all of the brood, whereas subordinate females apparently contributed nothing. Surprisingly enough, dominant males fathered only 88.8 per cent of the brood. Subordinate males were found to be mainly responsible for the paternity of the remaining portion of the offspring. In all, subordinate males successfully fertilized eggs in 27.8 per cent of all nests evaluated in this study.

Interestingly, fatherhood seems to affect the behavior of male subordinates. The researchers observed that subordinate fathers remain closer to the nest and defend eggs much more aggressively against predators than do subordinate males that have not sired offspring.

It may yet be worthwhile to test previous theories that subordinates earn protection from predators by sticking close to the breeding pair’s territory. Nevertheless, these findings provide one very reasonable explanation for the seemingly inequitable social arrangement of Neolamprologus cichlids.