What would you get if you crossed a Blotchy Anthias and a Sandperch? Probably something that looks quite a bit like this magnificent fish—Parapercis aurantica. This breathtaking species is incredibly rare in captivity, with most specimens being collected for human consumption. And though I’m sure their plump, little bodies are quite tasty, it seems like such a waste for something so beautiful to be hidden beneath tempura batter. 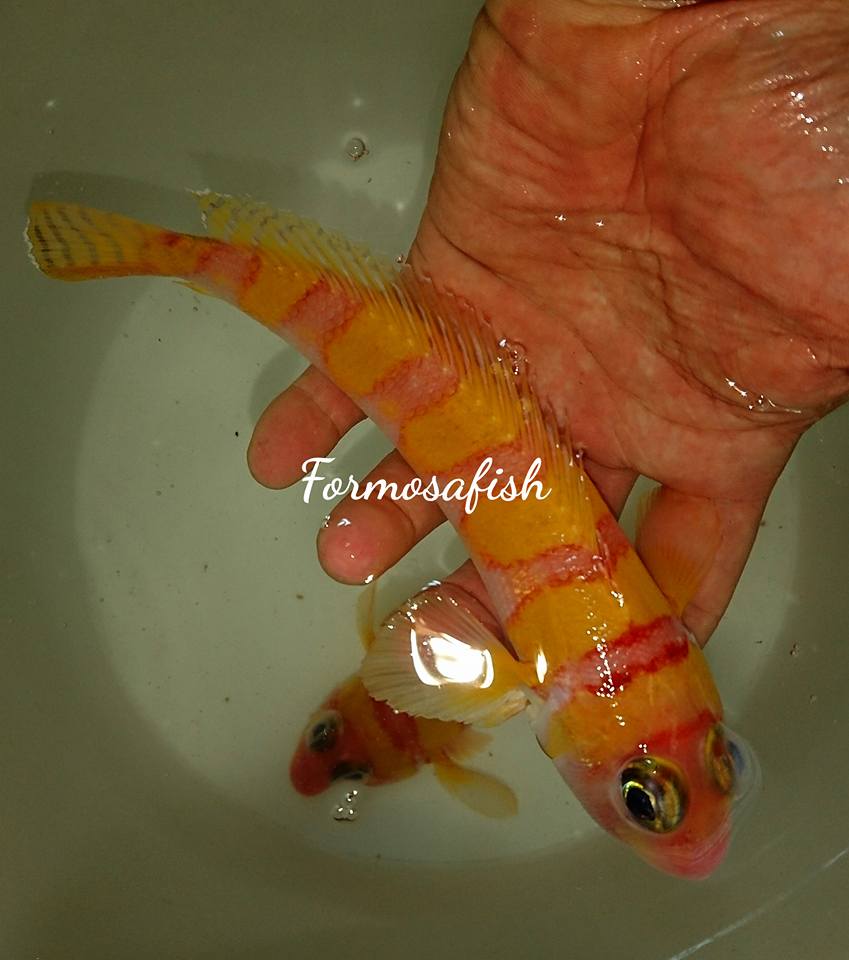 In the wild, you’ll find this gorgeous fish scuttling along the muddy continental shelves of Japan, Korea, Taiwan and China in depths ranging from 100-200 meters. These particular individuals come courtesy of FormosaFish, who you might remember for having recently collected the unusual triggerfish Abalistes filamentosus (which likely occurs in this same habitat as P. aurantica). 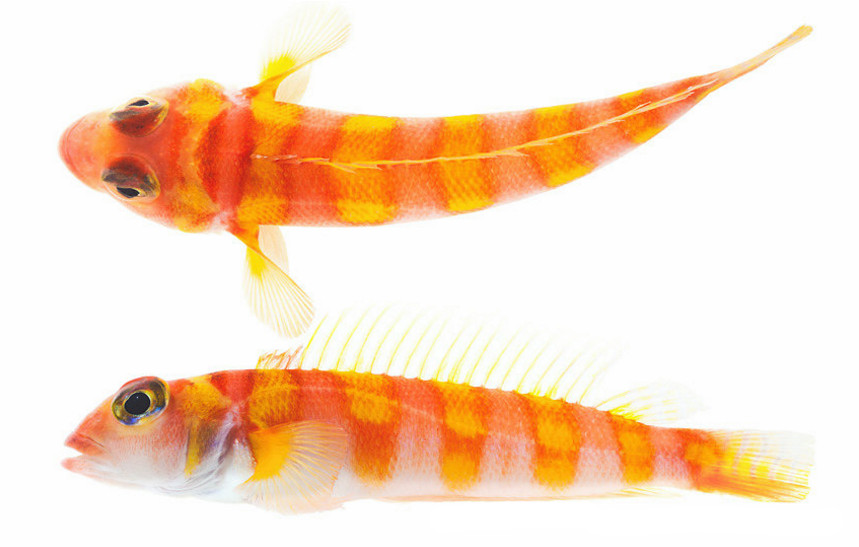 Sandperches are one of those groups that seem to have reached its greatest aesthetic heights in the deep sea. Shallow-water taxa are generally quite drab in appearance, often sporting a variety of earth tones arranged into various camouflaging patterns, but, in the dim light of a mesophotic ecosystem, the family has been free to flower into a bewildering array of vibrant species, often boasting spectacular yellow and red markings. Good examples can be seen in P. roseoviridis of Hawaii, P. maritzi of South Africa, and P. banoni of the Atlantic… all of which show a similar yellow-banded motif and which might perhaps form a single, widespread species group spread across the world’s tropical seas. Sadly, seeing any of these alive in their full technicolor glory is nearly impossible, as even public aquariums seldom have access to them. 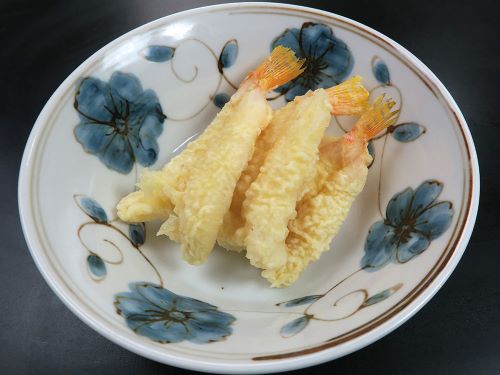 Such a waste… though the Yellowbanded Sandperch does look quite tasty like this.