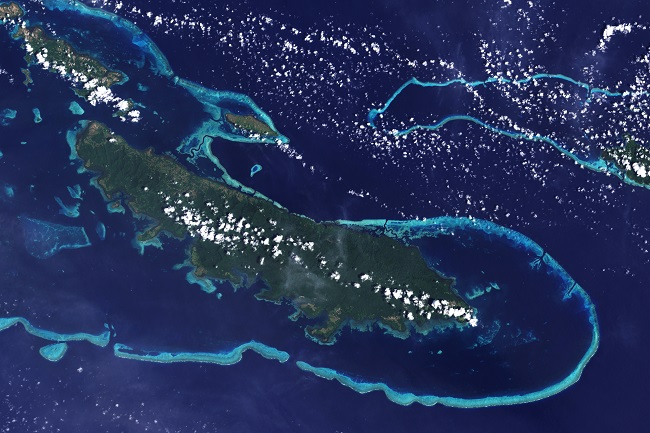 It is probable that sound plays just as important a role in shaping aquatic ecosystems as it does in terrestrial ecosystems; after all, water conducts sound waves with much more intensity than does air. However, the higher conductivity of water actually makes it harder, rather than easier, to tell where a sound comes from. Marine creatures may therefore be well adapted to properly interpret what amounts to a barrage of jumbled auditory information.

In some cases, animals are capable of identifying the location of a nearby reef structure on the basis of specific auditory cues. For example, larvae of some reef fishes (which spend a period of development off-reef before returning as juveniles) are attracted to the sounds of the reef at a critical moment prior to settlement. Marine biologists have for long considered the possibility that the larvae of species that spend their life entire cycle in pelagic environments are in contrast deterred by reef noise.

This theory was recently tested in a study funded by the Natural Environment Research Council UK (SDS), the Biotechnology and Biological Sciences Research Council UK (ANR), the Australian Institute of Marine Science (MGM), and the Marsden Fund NZ (AGJ). Researchers used light traps—both with and without sounds from a 4-min recording of reef noise via digital tape deck—to collect a diverse range of larval crustacea from a Great Barrier Reef lagoon.

Approximately 691,000 individuals were statistically analyzed; of these, 18.9% were determined to be pelagic (Copepoda: 1.7%, Hyperiidea: 17.2%), 9.3% were determined to be developmental stage reef-settling Brachyura, and 71.8% were determined to be mainly nocturnally emergent species (Caridea: 2.4%; Cumacea: 12.6%; Gammaridea: 9.5%; Mysidae: 42.1%; Ostracoda: 5.3%). Crustacean larvae of different species were observed to respond to reef noise in different ways. The manner of each response is strongly correlated with later life mode. This suggests that these creatures use sound to navigate toward habitats in which they are most likely to survive. As predicted, reef species were attracted to the recordings while pelagic species were repelled by them. Four of the five nocturnally emergent groups were repelled by the recordings.

Researchers speculate that the increasing occurrence of anthropogenic ocean noise adversely affects the ability of many marine animals to respond to sound.