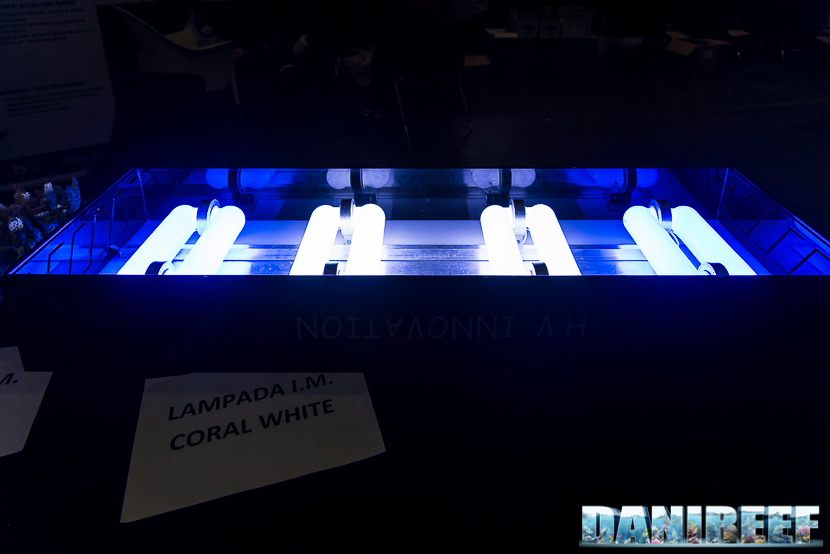 I first met Alessandro on a Facebook aquarist group, and he always talked about a revolutionary product. During PetsFestival 2018 in Piacenza, Italy I got a chance to meet him in person and check out his lamps.

H.V. Innovation is a new brand born from Alessandro‘s idea of exceeding the limits of the T5 pipes, which many consider to be the best compromise in order to breed corals.

Normally, T5 pipes need an electric discharge on the electrodes in order to work. The new H.V. Innovation lamps, instead, are built with a perfectly sealed illuminating bulb. It works by induction. This makes the lifespan no longer measurable in months, but it lasts about 100,000 hours, which is an impressive amount more than even the 30-50,000 hours of LED lamps, according to Alessandro. Remember that T5 lamps don’t last more than 2500-3000 hours.

The consumption, comparing these new lamps with LEDs, is practically the same.

As you all know, with the T5, and with neon pipes in general, the light is generated by a photon discharge inside the bulb. The H.V. Innovation doesn’t have the flickering effect like T5s do. In this case, they behave more like an LED. 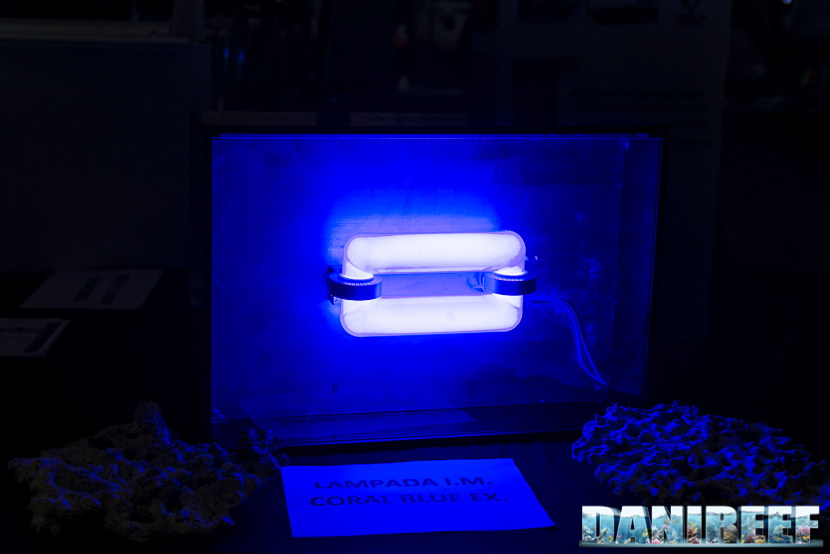 Technically the lamp can reach 45°C (115 F), but at 15 cm away it’s naturally dissipated without any vents. Another very interesting aspect is that the lamps don’t need any maintenance, they only have to be cleaned on the surface with a damp cloth.

According to what we have been told at PetsFestival, the gases are inert and certificated, so it’s likely that they won’t be abandoned.

Today the ceiling light is not dimmable, but H.V. Innovation guaranteed us that they’re already working on this and that they will be releasing an adjustable version soon. 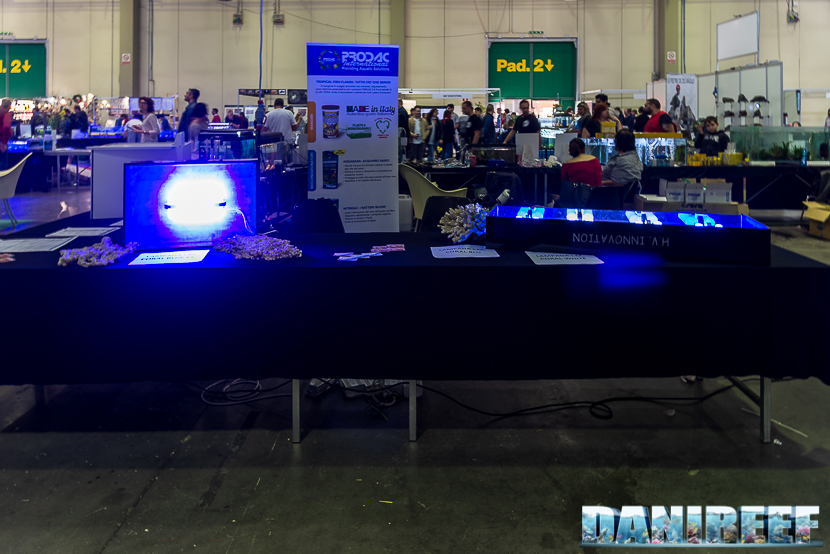 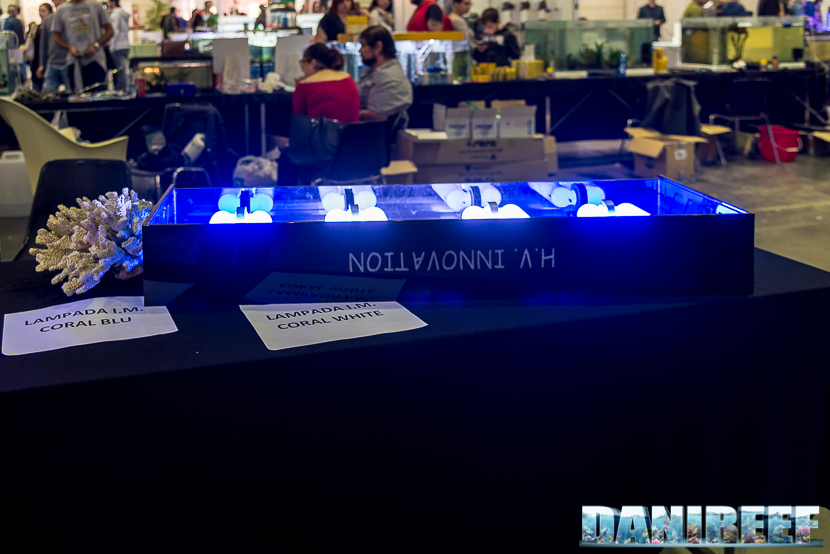 The pros of the induction on this kind of lamps are the lifespan, higher than a traditional gas discharge lamp, and the energetic saving, at equal lumen, between 30 and the 70%.

It is currently available at only 2 different kelvin gradations, 10,000 and 14,000°K, but this, Alessandro assured me, is just the beginning. What do you think?

You can keep up with the news of H.V. Innovation, other than the updates here on Reefs.com, directly on their facebook page.