MASNA is proud to announce Dr. Craig Bingman as the 2019 MASNA Award recipient for his foundational role in understanding the chemical processes in aquariums, and Tom Bowling as the 2019 MASNA Aquarist of the Year for his recent achievements & progress in marine ornamental spawning and aquaculture development.

MASNA will be awarding its annual MASNA Aquarist of the Year and MASNA Award to the recipients at the MACNA 2019 Saturday Night Banquet on Saturday, August 31st, 2019 at the Walt Disney World Swan and Dolphin Hotel. 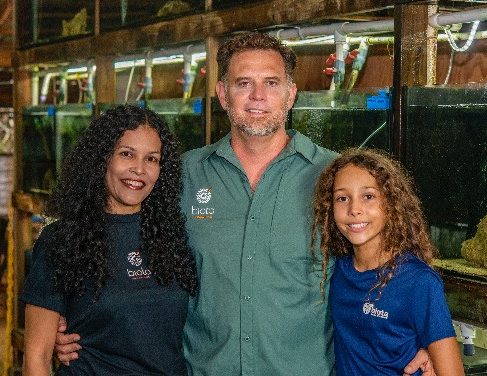 Tom Bowling is a marine biologist and founder of Biota Marine Life Nursery in Palau. With an understanding of localized fish population behaviors, Tom perfected the use of wild gamete collection techniques to produce and raise many new species, not only marine ornamentals, but also food fish and threatened species for re-introduction to the wild. This includes the ever-popular Clown Triggerfish, Blueline Sea Bream found in public aquaria and the Bumphead Parrotfish.

Captive-raised Mandarin Dragonets, various gobies, Aiptasia-eating Filefish, deep-water Borbonius and Yellow Tangs are among the 20 currently marketed ornamental fish species. Over a dozen asexually propagated soft corals and half a dozen species of clams are being produced under Tom’s leadership. Tom has also worked to educate both the public and interested parties in both Palau and greater Micronesia on the current state of aquaculture, including an understanding of sustainable practices that can be incorporated into their local reefs. Working with research facilities and other partners, Tom is helping further the knowledge and success of ornamental marine aquaculture. 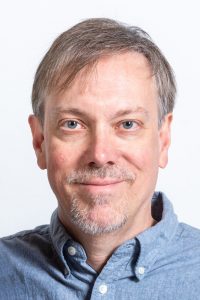 In his own words: “From the primordial ooze of the nascent internet, people with interesting and quirky hobbies found each other and formed online communities. One of those problems was ‘how to keep corals alive in closed aquariums, isolated from the ocean.’ A really amazing group of people self-organized and worked on this problem in North America, and across the globe. I was fortunate to have played a foundational role in understanding the chemical processes in aquariums.
It is my enduring pleasure to have provided solutions to several important problems that are still used today. This is the tale of the reef hobby in North America in the 1990s, when corals stopped dying and we achieved long-term success with these animals in aquariums.

Who am I? I was that eight-year old kid subjecting his first fish tank to way too much pH down and pH up, in his first real exposure to a chemical test. I was a member of that group of people who figured out reef aquarium chemistry. I was and am a biochemist, who uses incredible x-rays sources at National Labs to make pictures of the molecules that make life possible. I also love freshwater planted aquariums, orchids, and carnivorous plants. Most importantly, I’m the father of a two-year old. Watching his mind bootstrap and develop his own personality and interests is the greatest pleasure of my life. I’ve noticed he really likes clownfish….”

MASNA’s charter and additional information about MASNA can be found at http://masna.org/aboutus