The end of the aquarium age? 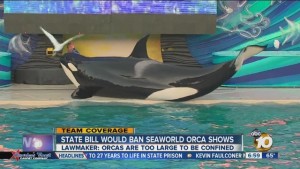 It’s almost surreal to think that Sea World will be discontinuing their killer whale show in California. It’s quite possible that this will follow in other states, eventually culminating in the end of the epic killer whale performance. I grew up in Sea World’s golden age. About four hours from where I live in Maryland, Sea World had a park at Geauga Lake in Aurora, Ohio. As a kid, my family and I visited it several times and I remember pressuring my parents to buy me a host of Shamu memorabilia. At Sea World we pet dolphins, watched killer whales perform incredible tricks and were immersed in the amazing world of Earth’s oceans. In 2001 the cost of operating the park, compiled with the fact that for most of the year the park was closed to visitors, led to Sea World selling its Ohio location to six flags. The marine animals were shipped off to other Sea World locations, and today the park is roller coasters and water slides.

The reality is that the world has changed.  How we perceive wildlife and captive animals has changed. 25 years ago the public was wowed by killer whales jumping, spinning and seemingly dancing with trainers. Today there is a body count of Sea World trainers, and serious questions have been raised about the ethical implications of placing intelligent marine life in closed quarters. Experiencing Mother Nature has changed as well. Automated drones can fly over vast distances, capturing ultra-high definition footage of wild places previously inaccessible to mankind. The ability to remotely pilot vehicles greatly reduces the risk of human injury and ensures that watching wildlife does nothing to disturb a natural balance. Anyone who follows the technology behind drones is aware that the consumer drone market is beginning to advance into the underwater realm. Already consumer drone submarines are available, equipped with high definition video cameras, built for the sole purpose of exploring and filming the deep. 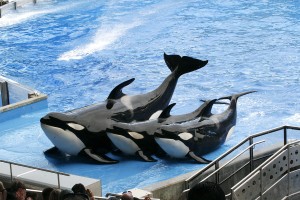 Three of the orcas demonstrate a trick near the end of the show. This trick is actually meant to show how killer whales can jump on on ice edges to catch their prey.

No longer will tens of thousands of dollars of scuba gear, a highly trained dive team, decompression chambers and enriched gas be needed to film underwater. Within the next 10 years, it’s highly likely that for a few hundred dollars consumers can purchase a drone that offers ample time underwater, and streams live footage of the deep sea realm right to an iPad or iPhone. This new user friendly technology, combined with a mentality that ocean animals should remain in the ocean may lead to something that none of us wants to talk about, the end of the aquarium age. While the situation with Sea World may seem to be a million miles away from home aquariums, in many ways the two are inexorably connected.

The age of aquariums: 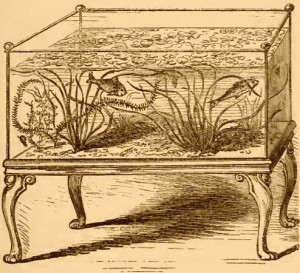 Aquariums are nothing new, and in fact they have been part of humanities’ interest in the natural world since ancient human history. Ancient Greeks and Romans kept both freshwater and marine aquariums, simple aquatic ecosystems contained in ponds or other vats. At a time when exploring the ocean was totally impossible, aquariums offered the next best thing, bringing fascinating aquatic life right into the home. Today, centuries later, aquariums still serve this simple purpose. For many of us living in the U.S. coral reefs are highly inaccessible. Thousands of dollars for air-fare, hotel expenses, dive charters and hour upon hour of travel time is needed to freely explore a coral reef. For those of us on the east coast, the Pacific reefs our aquariums mirror is on the other side of the world, easily a 24 hour plus flight, and well over four or five thousand dollars to fully enjoy. The training and education alone to learn to scuba dive prohibits it for many people, and the health requirements make it even more exclusive.

So it would seem that the age of aquariums is still a very valid ideal. It’s still tough for many people to see coral reefs for themselves, so why not bring the coral reef to you. Unlike the ancient Greeks, we are very well aware of human activities’ effect on Mother Nature. While in the past commercial fishing and climate change have been cited as the ocean’s greatest threats, the net of questions regarding ocean health is extending into the collection of marine wildlife for marine aquariums. Right now the collection, and quality of data is in question, and the New England Aquarium is partnering with the Philippines to deliver data on how marine livestock collection effects wild populations. The point is, in an age of diminishing natural resources, legislators and the government are questioning whether taking and keeping wild animals for entertainment is a wise choice. The ethics and sustainability of the matter have been called onto the carpet, and legislation coming out of California shows law-makers poised to take action.

If the current trend continues to snowball forward, it may not be long until public aquariums are regulated and restricted, and private ones are on the chopping block. Could it be that the age of aquariums is coming to an end? 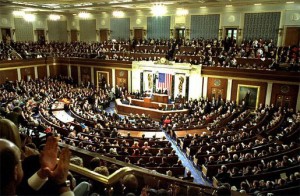 Friends and family members, who are familiar with my personal aquatic history, have often asked me why I don’t settle for a high resolution underwater screen saver, or one of those looping HD videos of a beautiful coral reef. For them, all the time, money and expertise needed to maintain a reef aquarium seems misplaced, when within minutes you could download a video file and fill your living room with a coral reef.

What outsiders to the hobby don’t understand, is that aquarists love all different aspects of aquarium keeping. Some love the chemistry challenge of testing and balancing water quality, and experimenting with different additives. Others like the technical challenge of implementing water quality control equipment, or using advanced web connected controllers. Others seek out the biological challenge of meeting the needs of complex and fascinating animals. Many of us enjoy all of these challenges, and have found that even after decades in the hobby, there are still many stones left to turn over. Anyone can download and play an HD video, but it takes a dedicated and well researched individual to keep a pristine reef aquarium.

Outsiders also don’t understand that reef keeping becomes an integral part of our lives. We learn something new all the time, something that educates us about the environment and ocean at large. Often aquarists understand food chain hierarchies, ecological stability and know quite well the effect of environmental pollution. Caring for a reef aquarium gives someone a 360 degree experience of the natural world. You’re immersed in it (no pun intended) every single aspect of it, from biology, to chemistry to mechanics. It’s an experience that cannot be replicated by a simulation, and aquarists have a lot of skin in the game, which can make the entire hobby daunting and emotional. Folks that would like to see reef aquariums highly regulated, or outlawed don’t truly understand the connection aquarists have with their charges, or the amount of compassionate (and financial) capital we invest to make life good for our tank’s inhabitants.

Aquariums won’t be warranted or necessary in the future: 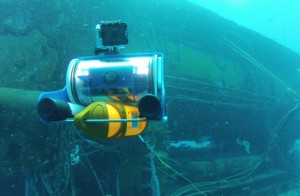 As I mentioned earlier, it’s likely that relatively soon affordable consumer level drones that explore underwater will be available. I’m sure I will get one, to explore the murky lake I live on, and take with me when I travel to a coral reef. It will open up ocean exploration to a host of people whom previously were barred from it. Say you had ear surgery and cannot equalize your ears, well now a machine can do the diving for you, while you watch the wonder of the reef from the safety of the surface. But will the ability to easily capture unlimited footage of coral reefs and the deep ocean really replace the desire for people to experience aquariums, or scuba? When I fly my drone with highly immersive first person viewing googles, I don’t really feel like I am piloting an aircraft, even though 1080p video is playing through a headset that creates the feeling of a pilot seat. I feel like I am flying a drone, there is disconnect between me and the aircraft/environment. It’s more than a simulation, but not quite visceral either. I imagine the same will be true for underwater drones as well. Yes, they will be fun and the footage quite beautiful, but again it lacks the full body of experiencing all of something.

I’ve heard the argument that technology is making the need for killer whale and dolphin parks obsolete, and I assume there are some that feel the same about home aquariums. I assume in the coming years as conservation becomes more pronounced throughout society, some will tell aquarists that we need to download a video, and leave coral reefs alone. It’s imperative that to preserve the age of aquariums that we get data on how the trade effects natural ecosystems, and also that the entire industry works together to be more efficient. Livestock suppliers and equipment manufactures all have a responsibility in this regard. So does each and every individual aquarist. We simply have to strive for a higher average, one that takes into account the wild ecosystems our aquariums showcase. 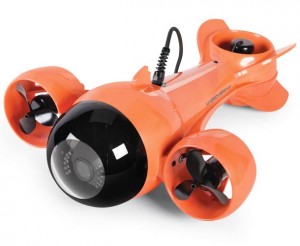 It took one film, with scientifically questionable material and facts spun at high speed to bring about legislation limiting the operations of a wealthy marine park, whom has invested much in wild conservation. What would a similar film that painted a grim picture of private reef aquariums do? What would happen if a documentary film-maker chronicled the loss of marine life from collection, to export, to wholesale, to aquarium? It’s quite possible we wouldn’t even be having this conversation.