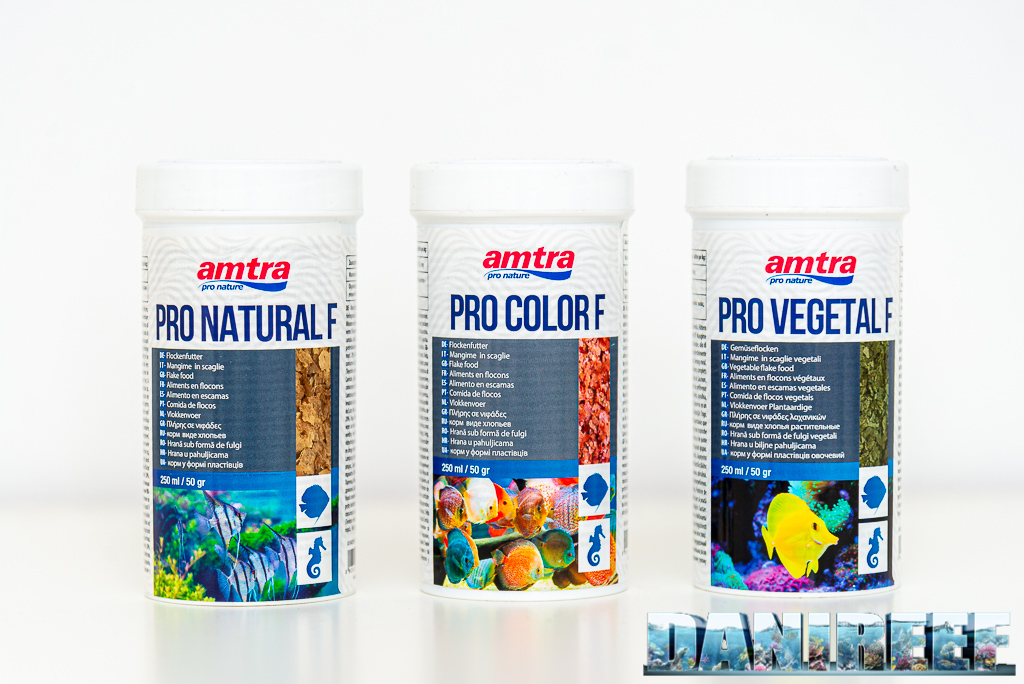 Amtra presented its new line of PRO feeds during Zoomark 2019; we finally got a sample and we’re ready to do a proper analysis. Let’s see what we found out.

These flake feeds are the outcome of  AMTRA‘s thirty years of experience. They experimented with new methodologies that are as natural as possible, and processed the food at low temperatures.

The three feeds we’re about to present are: Pro Natural, which has the fewest alterations, Pro Color, which has added Garlic and Astaxantina to improve the coloration and the immune defenses of the fish, and Pro Vegetal which is mainly vegetables.

The composition of the feeds AMTRA Pro Natural, Color and Vegetal F

The three feeds, which have quite a few differences in their basic composition, have the follow macroingredients: 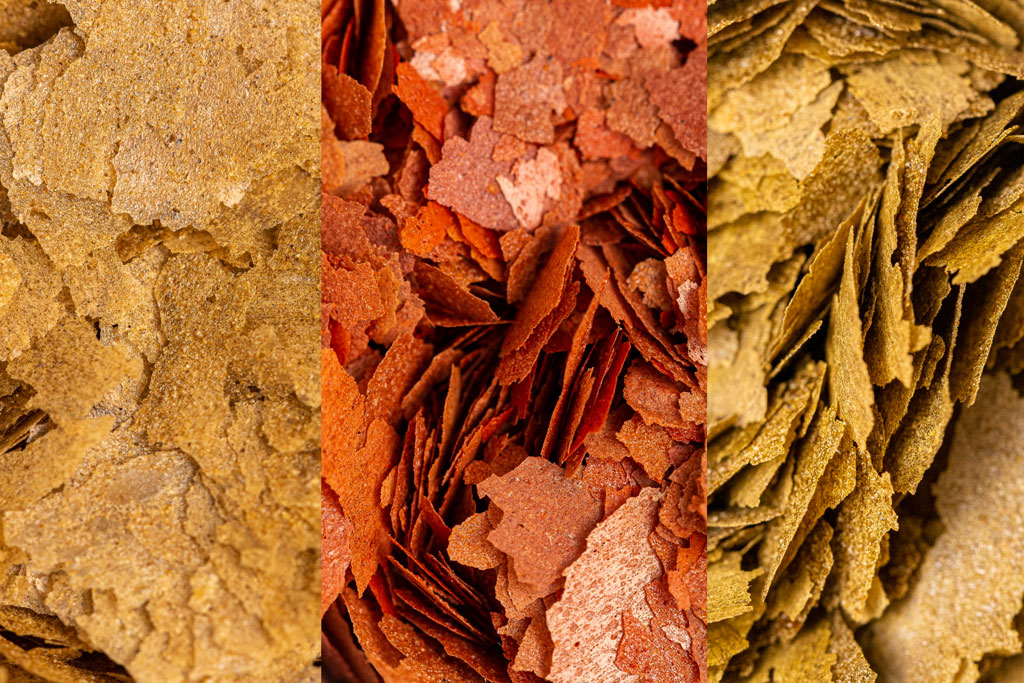 And their interesting nutritional analysis: 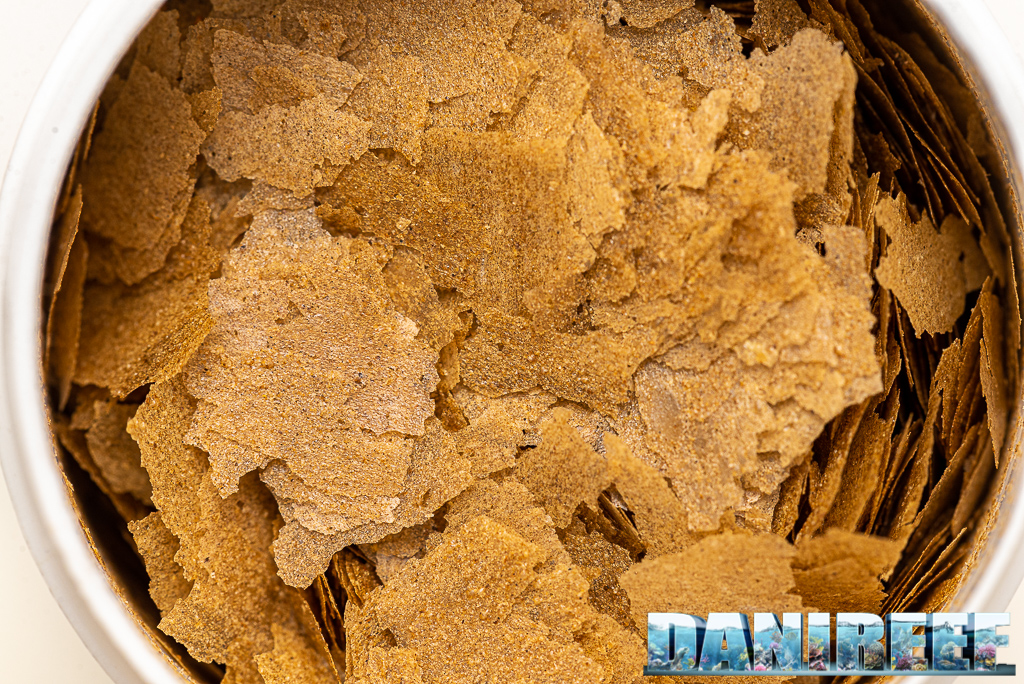 As you can see from the chart, the feeds are mainly protein (almost the half of the total), as well as 5% of fats in the Natural and Vegetal, and 9% in the Color. Being a rather caloric feed, it’s better for fish that usually eat smaller fishes or crustaceans; the Color, with more fats, is good also for cold water fish. In Natural and Color the proteins are close to other similar feeds (49.8%), while the fiber is much lower than usual, 0.5 or 1.3 instead of 1.7. On the other hand, Vegetal has a higher number of proteins for a vegetable feed, 46% against the average of 34.5%; the other values are normal, except for the fiber, which is low. The other elements, moisture, ashes, and others, are very low in the Pro Vegetal and higher in Pro Color and Pro Natural. 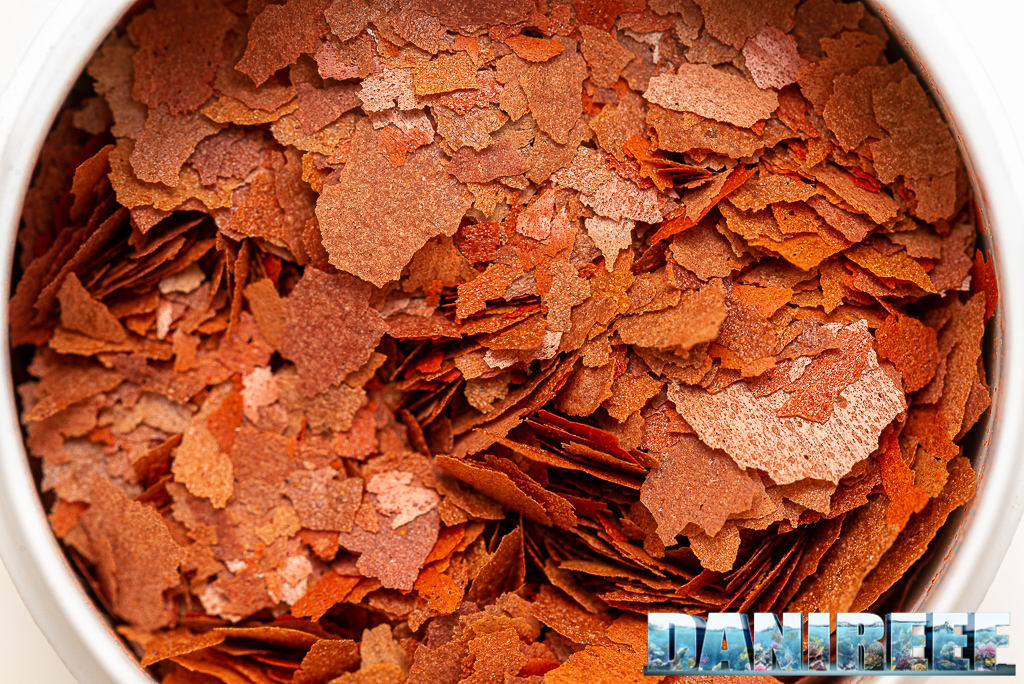 Let’s see the composition of vitamins, trace elements, and additives: 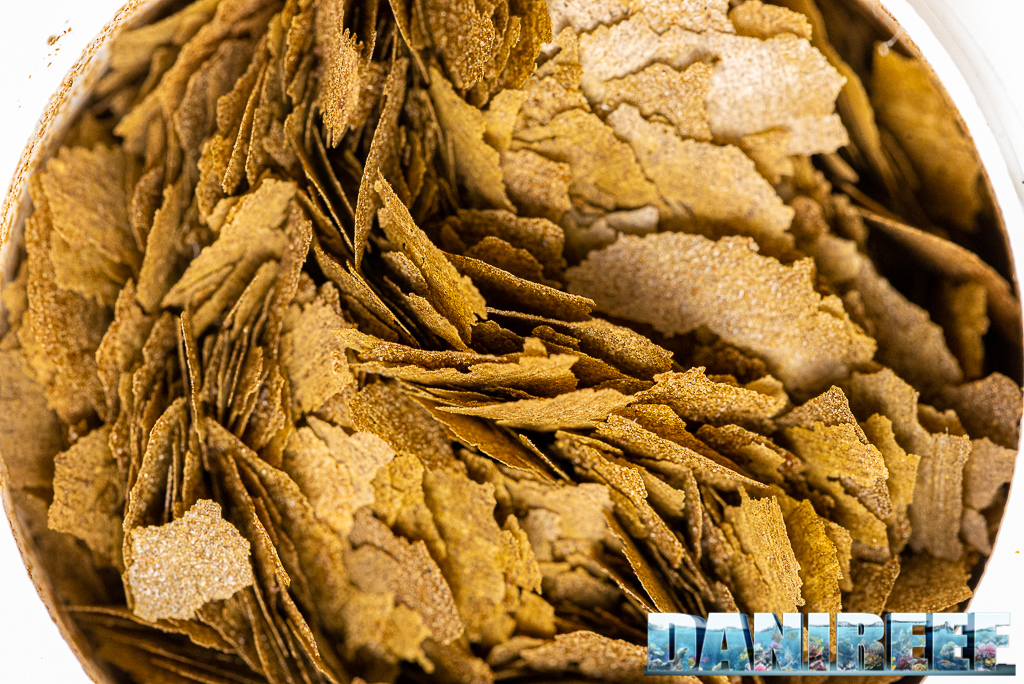 In all the three feeds the Vitamin A is predominant. Vitamin A promotes healthy growth, strengthens the eyesight, defends the skin, and promotes on fertility. Notice also the quantity of amino acids in Amtra Pro Vegetal F.

The Amtra Pro feeds at a close view

In order to compare these feeds with others we’ve analyzed, let’s see how they look in close detail, with our macro 1:1, even if once in water they get wet and assume a different consistency. The attractiveness is good, at least for the Amtra Pro Color F that I used in my aquarium, because it’s the most suitable for marine fish. 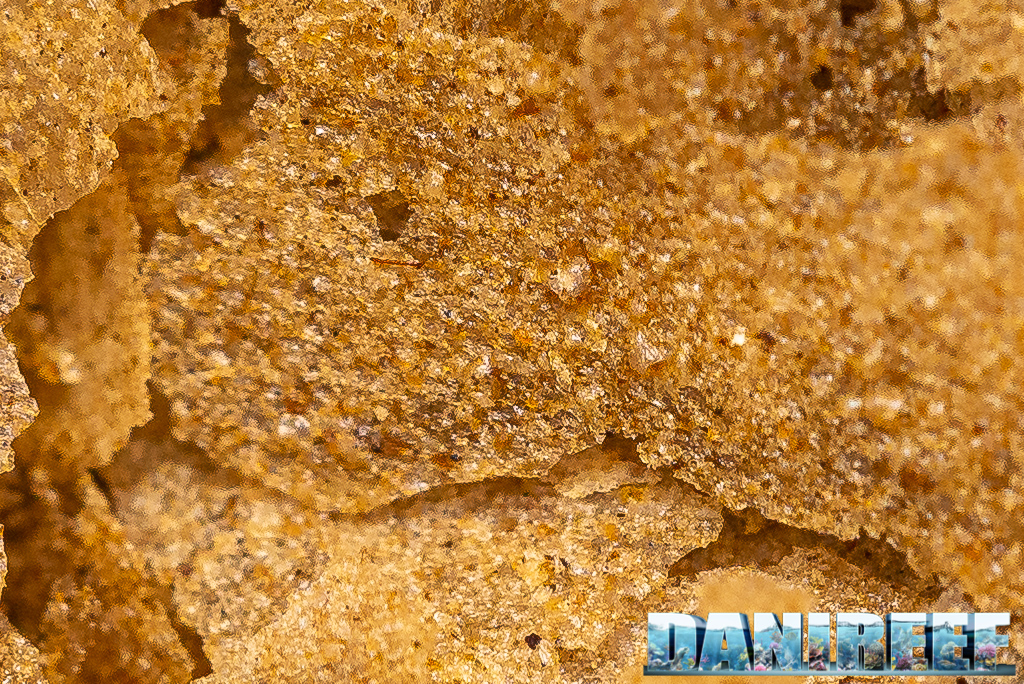 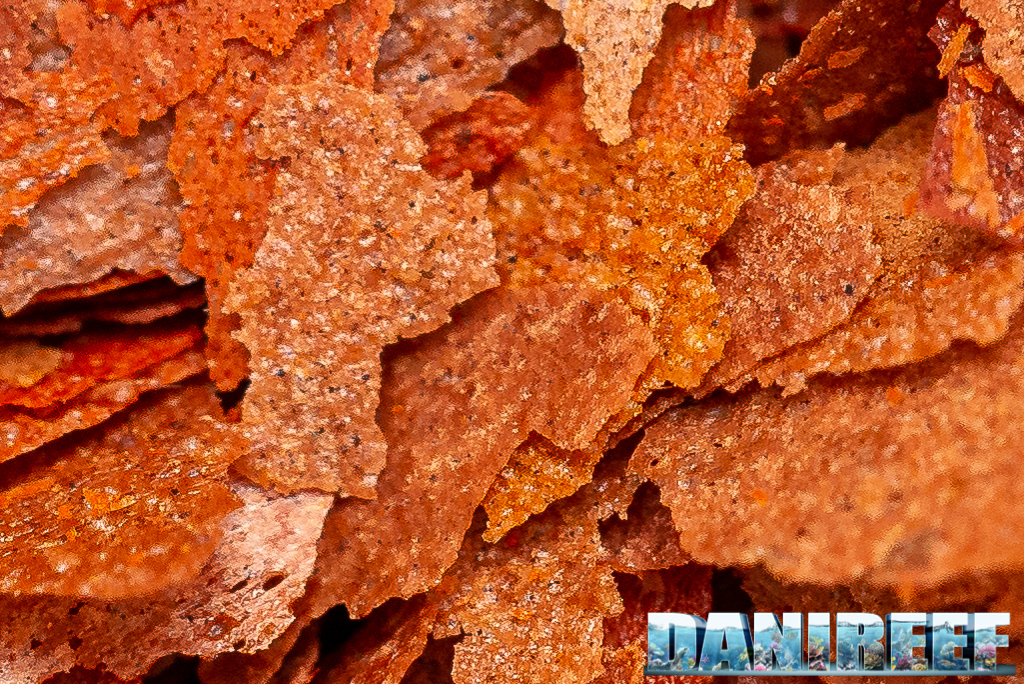 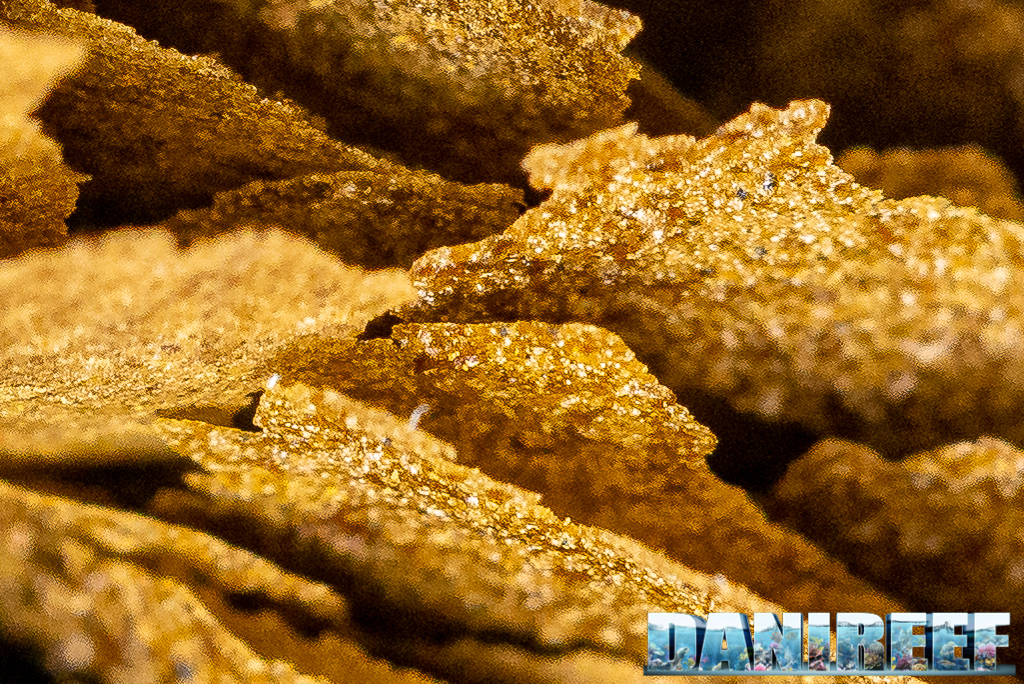