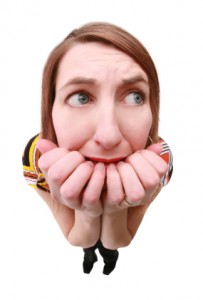 If you’re a reef keeper and you use the Internet, there is a good change you’ve been reading about mercury (chemical symbol Hg) lately. Mercury and marine life are terms that are used in the same sentence quite often, but usually we are talking about mercury within seafood. Years ago, concern about mercury in fish tissue led to a drop in fish/shellfish consumption within the U.S. Now we know that the benefits of eating seafood greatly outweigh the risks of mercury poisoning. This mercury discussion was a little bit different, as it involved the possibility of extraordinarily high levels of mercury within frozen fish food.

Of course this would be bad news for aquarists, who rely on frozen fish food to supply nutrition to beloved and often very expensive marine fish. Personally, I’ve fed frozen foods exclusively for years, so when I heard that they may contain high levels of mercury, I sat up and took notice. It began when Thomas Brown, the man behind Thomas Brown’s Reef Visions reported that a university he hired to test 3 top selling frozen food brands, reported high levels of phosphate, silica and mercury. The mercury reading was worth noting, largely because it was roughly 22,000 times higher than the Food and Drug Administration’s (FDA) safe consumption level. Aquarists were worried and at first glance, I was too.

That was until award winning journalist Ret Talbot got on the case. Ret found that some traces of mercury within frozen fish food was possible, as seafood is known to carry mercury. The element bio-accumulates within fish and shellfish tissue over time, making it a mainstay in most seafood. Ret found that mercury measuring equipment would be unlikely to identify such a high concentration, largely because the person testing for mercury wouldn’t calibrate it to detect such a high concentration. Something must have been wrong with the test, right? Even in the face of essentially being debunked, Thomas Brown stood by his findings. 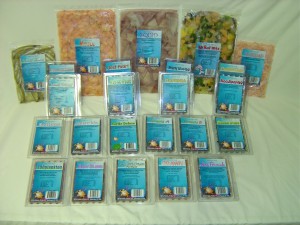 A few things about the Thomas Brown mercury disclosure were strange. One, Brown refused to release the name of the frozen food brand where mercury was discovered. He also refused to release the name of the “university” where testing was performed. More alarming, he refused to release any document from testing, such as a broken down analysis of the findings. Brown has promised them, but not until further testing takes place, which he claims could be weeks. Such an accusation about the potential safety of marine fish would usually be backed by a solid report. The report itself would be backed by whatever institution did the testing. In this case, we literally had a Facebook comment to go off.

He did release the report to Ret Talbot. Being familiar with this type of study; Ret commented that Brown’s report, “stuck out like a sore thumb.” It wasn’t in a presentation format, but more like a forwarded email. After reading the report, Ret essentially debunked it, asking for Brown’s statements to be retracted. The last time I checked, Brown hadn’t formally retracted the statements, but had deleted the blog he created for further discussion into his findings.

So what’s going on?: 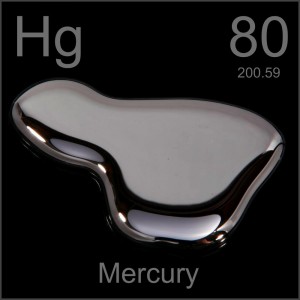 Does a frozen fish food contain a high level of mercury? Did a university even test a popular frozen food? Should aquarists be alarmed, are we slowly fatally poisoning our fish?

I have fed frozen foods to marine fish for the better part of 15 years, likely longer. While I have personal preferences as to what food brands I prefer, I cannot think of one instance frozen fish food made any of my animals sick, or poisoned them. I can’t even think of an instance where frozen fish food raised nutrient levels in my tank outside of normal ranges. In fact, my relationship with frozen fish foods has been a good one, as it’s coaxed finicky fish species to eat and offers a great way to fortify fish food as I see fit. I would fathom a guess that all the frozen fish foods on the market contain some mercury, but it’s well under the FDA’s limit for safe consumption and not a hair higher than what fish would consume in the wild.

I still believe frozen foods are some of the most nutritious foods on the market, if properly fortified and served. As for whether or not a test took place, anyone’s guess is as good as mine. Brown’s disclosure thus far doesn’t even show mainstream aquarists test results and a seasoned seafood journalist, Ret Talbot, found them fishy (pun intended). I personally believe that if a test was done, the results were erroneous or misreported.

I don’t believe aquarists are poisoning their fish by feeding frozen fish foods. In fact, in my view, it’s quite the opposite. Like I said, I think frozen foods are highly beneficial. My advice, keep feeding and forget this “mercury” disclosure ever happened.

Putting the bear to bed: 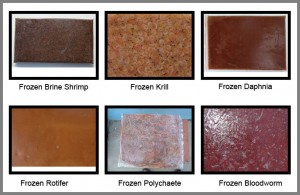 I’ve spoken with manufactures of popular frozen foods, which have sent samples off for independent mercury testing, in hopes of calming aquarist’s fears. Once I have information from those folks, I will share it here. I personally am working to have multiple frozen foods tested by a state lab here in Maryland, backed by their stamp of approval. I will keep everyone posted. I don’t believe such testing is warranted, but I think it’s valuable for the reef community to understand the actual mercury composition of frozen foods and understand how that equates as a part of our animal’s diet. When I have more information, you know where to find it.

This incident serves as a valuable lesson for both those that provide aquarium information via the internet and those that seek it out. The internet is a vast reservoir of largely un-regulated free speech, where any sort of conjecture or theory can be given life and fueled by a barrage of personal insights. This is both what makes the internet great, yet also serves as its downside. Everything regarding theories that alien life exists down to mercury within frozen fish food is fair game online. As a writer and researcher, I can’t count how many rabbit holes I’ve stumbled down researching scientific findings I hoped to spin into fiction for a short story or novel. I started with a hard scientific fact and sooner or later I was within a hollow planet Earth chasing unicorns.

For those providing information, it’s valuable to research your claims and make sure they are at least plausible and within the realm of truth. If you believe you have stumbled onto something, research to learn if a study has taken place and if so, what were the results? Ret Talbot quickly learned that the mercury reading Thomas Brown reported was outside of a margin that was plausible to those familiar with mercury contamination within seafood. Though once the “mercury” idea was planted in aquarist’s head, it wasn’t long until it became a serious concern, even if it was totally baseless. I have a host of theories about fish disease, nutrition and overall well-being. Most of them I’ve never written a word about, as they exist outside the realm of commonly accepted, researched and studied areas. For example, I could theorize that there is an undiagnosed, unstudied auto-immune disease that effects various species of marine fish. I could even back this up with evidence and personal study. Though without something of concrete value, such as a scientific paper or research report, those theories would likely caused un-needed panic and perhaps lead aquarists to do something drastic that could threaten their animal’s health.

For those seeking information, usually sensational claims aren’t true. Even when they are partially true, the reality is often not very exciting.