The war on fish 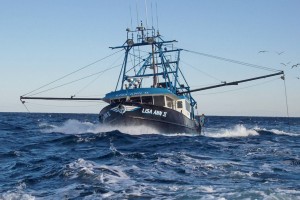 Not long ago I spoke about filmmaker Rob Stewart’s newly released documentary Revolution and how important this film was. After reading a New York Times editorial, When Humans Declared a War on Fish, I was happy to see that Boris Worm, a marine biology and conservation professor at Dalhouise University co-authored the piece. Worm is featured in both Stewart’s films, (Sharkwater and Revolution) as a consultant on oceanic biology and ecology. After reading the article, I had to ask, is there really a war on fish and are aquarists contributing to it.

During World War II nations across the globe poured ample resources to create vast new weapons of war. It’s not surprising, given the pacific front, that many of these weapons were aimed at high seas warfare. The period saw massive improvements to sonar, air to sea identification and ships capable of hauling large loads and traversing lots of watery terrain. After the war all this new technology needed applied to a civilian industry. Sonar could help fishermen detect large schools of fish, bringing their vessels within a few hundred yards of animals beneath the surface. In Japan, pilots trained to spot allied submarines from the sky could help detect fish schools or whales. Thin, nearly weightless monofilament line could be fashioned into invisible nets and powerful ships with onboard freezers could house a month’s worth of catch. As Boris Worm pointed out in the New York Times, weapons of war were re-purposed for a war on fish. 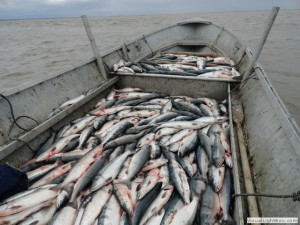 Before the end of World War II global fish harvests totaled about 15 million metric tons, today they total over 85 million metric tons. With modern satellite imagery and GPS technology, worldwide marine fisheries have a more powerful arsenal than ever. One that is too powerful in fact. Scientists predict a global fisheries collapse in the next 50 years and many species have been fished to the brink of extinction. Interestingly enough, during World War II fish populations in world oceans surged, as the war prevented a lot of fishing activity in remote areas. After the war, commercial fishing exploded, literally.

So does the collection of marine organisms for our aquariums contribute to this war on fish, or perhaps better referred to as a war on marine animals. Many collectors for the marine aquarium hobby aren’t privileged enough to have access to the vast technological reservoirs used in industrialized nation’s fishing fleets. These are poor islanders are often using fishing techniques that pre-date World War II, some that pre-date World War I perhaps. Often on Facebook I will find pictures of newly collected aquarium specimens, swimming around in plastic lined wooden holding tanks. Behind them rests a stack of neatly placed dugout canoes. In this scenario, it would be impossible for aquarium collection to rival the high tech world of commercial fishing, where satellite imagery and GPS are used to pinpoint fish migrations and launch an attack that often results in up to 80% by-catch (un-wanted species often returned to the ocean dead). 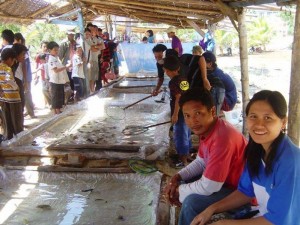 What about the events that unfolded in the Philippines and other island nations, when collectors used cyanide to stun marine fish, killing acres of coral reef in the process. Of course, even the fish species they captured eventually died, sometimes after being placed in an aquarists’ tank. Contrary to popular belief, the process of cyanide collection still takes place today and the new “cyanide test” which can determine if a specimen was collected with cyanide could possibly end this destructive practice. Or how about collectors armed with submersibles and state of the art scuba gear. It doesn’t really matter how you spin it, from the worst collection practices to the best, aquarium collection pales when compared to the disaster wrought by commercial fishing fleets.

If there is a war on fish tied in with the aquarium hobby, it may manifest itself far differently than high-tech boats and nearly invisible monofilament lines. It could merely be a lack of intel, the fact enough data does not exist to determine if the aquarium hobby is having a measurable effect on world fish populations. While some vendors monitor and keep record of where their livestock comes from, others don’t. Some vendors work hard to make sure the animals that they sell were sustainably harvested, being conscientious not only to the environment but also the health of animals they sell. Then there are those that don’t. The aquarium war on fish may be waged more by inaction, rather than action. Many of us have seen fish outlets that broke every ethical code possible in the hobby. They stocked fish that were diseased, poorly collected or entirely incompatible. Some of these outlets used in store displays to misguide aquarists, such as keeping a nurse shark in a 200 gallon tank. 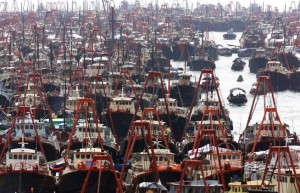 The reality is, even if the war on fish wasn’t waged to stock an aquarium, the effects have been severe. Oceans that once teemed with countless life, are now predicted to be dead zones within the very foreseeable future. The coral reefs I spent years of my life globe-trotting to dive, will likely be gone by the time my daughter is old enough to become scuba certified. One silver lining that Boris Worm points out in his New York Times editorial, is that many of these weapons used to wage war on fish are now being used to protect them. The same GPS and satellite imagery fishing fleets rely on to track fish migration, is now being used to identify illegal fishing operations and shut them down. Some massive ships with design roots in World War II, are now being used by organizations like Sea Shepherd, allowing the group to spend months in the Southern Ocean tracking and distracting Japanese whalers.

The reality is that any parent of a young child will have some serious explaining to do, in about 20 years. In fact, explaining to our teenage or adult children that once the planet’s oceans were teeming with life and you could visit these places and see wonderful underwater cities built by animals, may trump the infamous chat about the birds and the bees. It’s a real possibility that partially thanks to the war on fish, when our children stare into our aquariums, what they see is a relic of the past and not proof of the present.