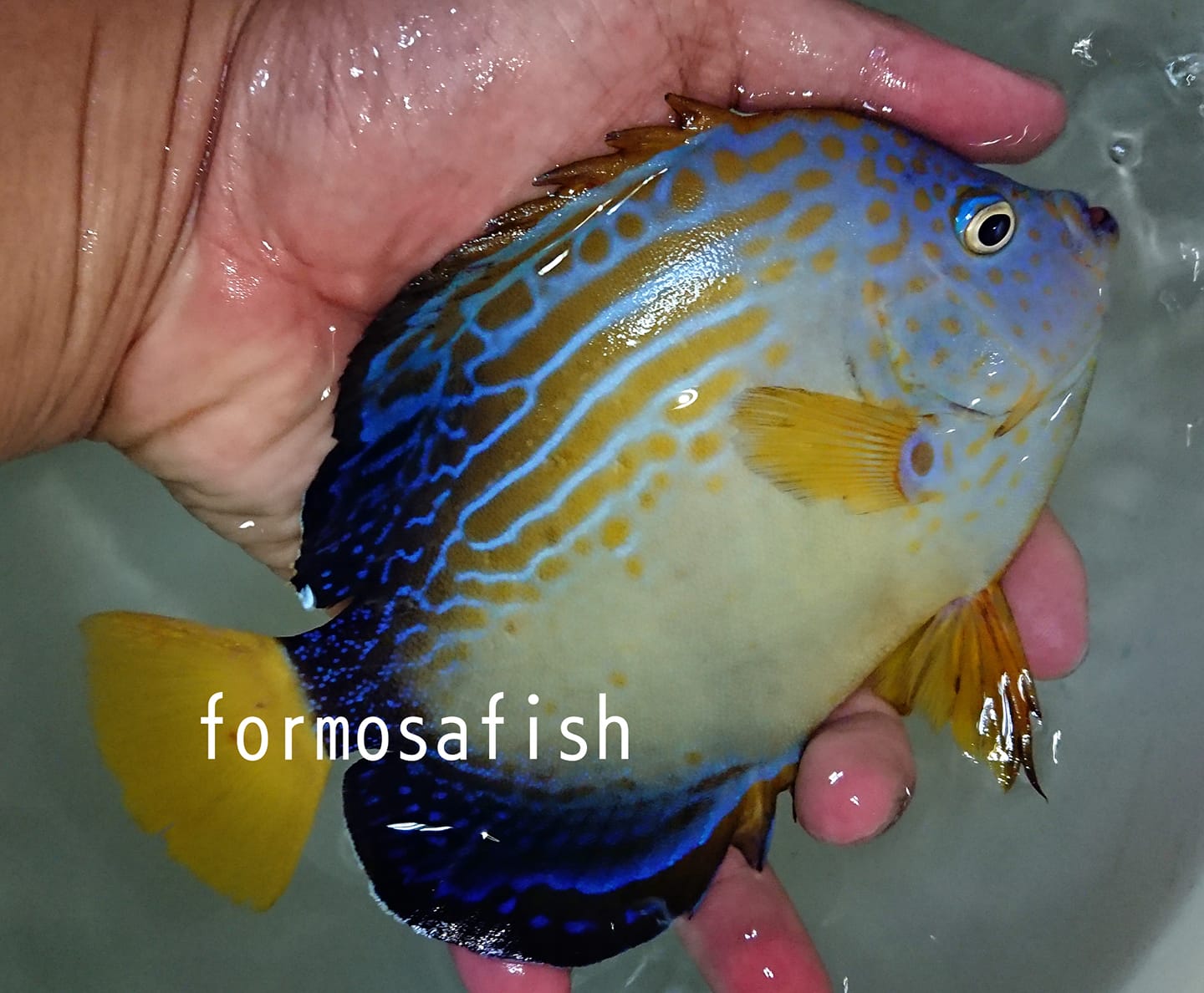 The Maze Angelfish (Chaetodontoplus cephaloreticulatus) is an inherently unusual fish. It was first described more than 40 years ago in the waters around Taiwan, and, since this initial discovery, it has remained one of the most enigmatic of reef fishes. There was a time not long ago when, due to its great rarity and beauty, this species was one of the most sought after in the aquarium trade, commanding the sort of stratospheric prices usually reserved for the Conspic, but in recent years we’ve seen this come down with increased availability from the wild and from the captive breeding successes at Bali Aquarich.

Part of the curiosity surrounding this creature stems from its unusual propensity for intraspecific color variations. It’s not much of an exaggeration to say that no two specimens are ever quite alike, and we see this to an extreme degree with the individual shown here, which was collected from around its type locality in Taiwan.

In a sense, this bizarre specimen is blending aspects of four different fishes all into one piscine package. The reticulated markings of the face are clearly in line with the description of C. cephaloreticulatus—that’s where the scientific name comes from, obviously. But a similar facial patterning also occurs in the largely sympatric Orangeface Angelfish (C. chrysocephalus). The precise difference between these two taxa has never been especially clear, and we’ll soon see why this is so.

It’s also apparent that there’s an element of the Bluelined Angelfish (C. septentrionalis) to this individual, as evidenced by the linear blue lines along parts of its back. But most unusual of all is the vast expanse of nothing—a veritable blank canvas—seen along the belly of this beast. If there is a parallel to be found within the genus, it might be with something like the Half-black Angelfish (C. melanosoma), or, more accurately, its undescribed Northwest Pacific counterpart, C. cf melanosoma.

As I’ve written about previously, all four of these fishes readily interbreed and phenotypically intergrade into one another, though seldom is it quite so apparent as it is with this singular specimen. In all likelihood, there are just two valid “species”, the Blueline and the Half-black, while the Maze and Orangeface are best thought of as their beautiful hybrid babies. But with so much promiscuity going on within this group, is it really fair to describe any of them in such terms? Where do we draw the line between species and non-species here? It’s phylogenetically messy and has created a wonderful natural experiment in the processes of evolution, which makes it all the more remarkable that no one has given it any study.