Toward a Working Definition of Tank-Raised 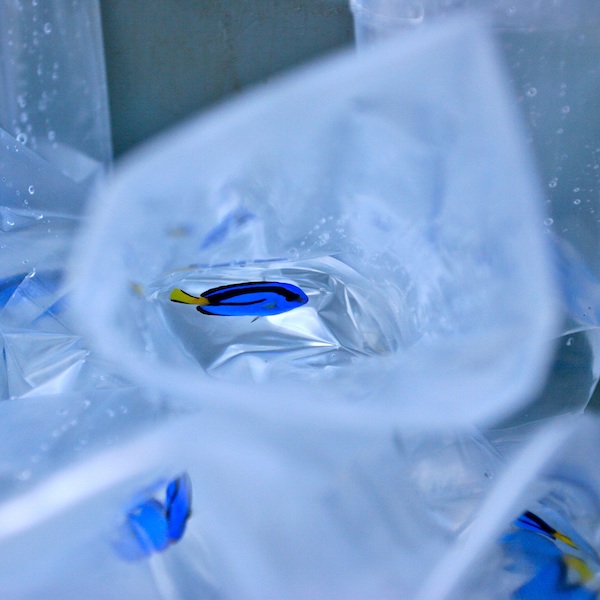 Small Enough to Be Labelled Tank-Raised? A small blue tang awaits export from the Solomon Islands.

While the issue has never entirely gone away, this week saw a seismic resurgence in a semantic debate concerning two often misused and frequently abused terms in the marine aquarium industry: tank-raised and captive bred. These are terms that should have value for the aquarist contemplating a purchase, and despite the continued discussion, there are, at least based on my research and reporting, good working definitions for both terms to which people at all levels of the trade should be held accountable.

The most recent iteration of the debate began when Blue Zoo Aquatics, a Los Angeles-based online retailer of marine aquarium livestock and dry goods, posted a What-You-See-Is-What-You-Get (WYSIWYG) tank-raised cuttlefish for sale in their Collector’s Choice store. Collector’s Choice is the portion of the Blue Zoo Aquatics website where they sell unique, rare, or otherwise distinctive animals.

Soon after Blue Zoo Aquatics posted the WYSIWYG tank-raised cuttlefish, aquarists began to talk via social media. Excitement, speculation, and assumptions dominated that chatter. Some aquarists, wary from previous abuses of the term “tank-raised,” questioned how legitimate the label was. Others, with a less clear definition in mind for tank-raised, expressed a range of emotions from enthusiasm to dismay based on their own interpretation of the term.

A subsequent blog entry published by Aquanerd, a saltwater aquarist blog, drove the discussion into high gear when it conjectured that the animal was “maybe even captive bred,” a claim Blue Zoo Aquatics never made.

Baffled by the Debate over the Tank-Raised Cuttlefish

When I interviewed Blue Zoo Aquatics’ Mark Martin about the animal and the ensuing online discussion, he initially seemed baffled. When I directed Martin to the various Facebook threads and other online discussions about the cuttlefish (some approaching 200 comments as of this writing), he shook his head, saying, “I’m not sure where the confusion came from. We offered a tank-raised, not a captive-bred, cuttlefish for sale. End of story.”

For Martin it was simple because Blue Zoo Aquatics has gone on the record on several occasions clearly defining what they mean when they say tank-raised. In large part, their definition stems from the definition used by the company from which they source many of their tank-raised animals—more on that in a bit. 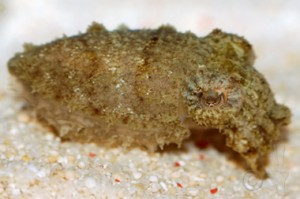 “Tank-raised fishes are collected from the wild when they are very small and during a time when mortality from predation and competition is very high. Collecting fishes at this time is considered very sustainable because so many of them won’t survive to adulthood anyway. Better yet, a fish which has been raised in an aquarium is even better suited to life in your aquarium. These tank-raised fishes are fully acclimated to aquarium life when they reach you, which is a big plus!”

In addition to several other articles about tank-raised animals in past issues of their newsletter, Blue Zoo Aquatics has a category on their site dedicated to “captive bred and tank-raised fish.” In the category description, they write: “Captive bred and tank-raised fishes are an excellent choice for many aquarists. These fishes are hardier, already acclimated to a captive environment and readily accept captive diets. Because they are bred in captivity or collected at a size when they have just settled into their juvenile habitats, purchasing these fishes has a negligible effect on tropical reef systems.”

Within this context, it is easy to see why Martin was baffled by the debate originating from the WYSIWYG tank-raised cuttlefish Blue Zoo sold earlier this week. “We’ve always been really clear by what we mean when we say tank-raised versus captive bred,” says Martin. “These are terms to help the aquarist, not deceive them into buying something.”

Unfortunately, in the marine aquarium trade, there is a track record of retailers and etailers doing just that—offering animals as tank-raised when those animals come nowhere near anyone’s definition of the term. In some cases, these retailers are simply unclear themselves on what the term denotes. In other cases, they are clear in their own minds what the term means, but their definition is different than the conventional wisdom.

Sadly, in some cases, the retailer is slapping a label on an animal because they know said label will generate sales even if it has no basis in reality. Within this context, and given that we were discussing a cuttlefish, it is easy to see why some aquarists accused Blue Zoo Aquatics of greenwashing, even though those accusations proved to be unfounded.

Moving Toward a Working Definition of Tank-Raised 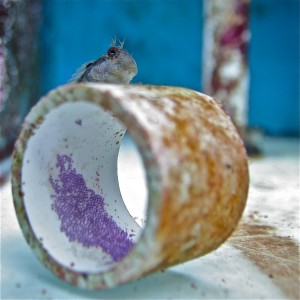 As I stated at the outset, I contend that defining tank-raised, and defining it in relationship to captive-bred, is not rocket science. Last winter, CORAL Magazine sent me to Jefferson City, Tennessee, to research on article on Sustainable Aquatics. Personally, while I was glad to learn and write about the company’s captive breeding efforts, I was most interested in their Sustainable Islands division. On a commercial level, it is Sustainable Islands that has produced many of the most impressive tank-raised animals seen by aquarists at the point of sale in recent years. In fact, Sustainable Aquatics is the source of many of Blue Zoo Aquatics tank-raised animals.

In talking with CORAL editor-in-chief James Lawrence about the Sustainable Aquatics story last year, we both agreed we had an opportunity to go on the record with a working definition for tank-raised fishes. To arrive at that working definition, we looked at the history of tank-raised fishes (an article in and of itself), and we interviewed those individuals we considered to be the current thought leaders in terms of breeding and raising fishes.

Looking at the Data to Define Tank-Raised

In order to understand why a tank-raised fish is generally considered one of the most sustainable choices for the aquarist, we must look at some data. The best research we found on the subject suggested less than 0.01% of fertilized gametes survive the pelagic phase of a young fish’s life, and greater than 90% of the that mortality occurs in the first three days of development. Of course there are major hurdles to effectively targeting and collecting three-day old fishes, so while collecting fishes at this stage would be the most sustainable option, it is not really commercially viable at this time. So how young is young enough to still meet the bar of tank-raised?

Of the individuals I interviewed while trying to nail down a good working definition for tank-raised fishes, Matt Wittenrich, author of The Complete Illustrated Breeder’s Guide to Marine Aquarium Fishes, was one of the most influential voices.

“Imagine a tiny fish that just metamorphosed, developed scales, fin rays, and the like—that spent the last 30 days in the open ocean,” said Wittenrich. “Then, hearing the waves breaking on a far-off reef and swimming non-stop until olfactory cues zero in on a suitable habitat, the fish dives down to the bottom—only at night, to avoid predators—and tests the habitat. Some will travel back up into the pelagic zone in search of a better habitat. If they like what they see, they begin to develop color and ‘learn’ their new environment. Tons of them fall to predation at this point.”

This stage in many reef fishes lives lasts roughly 10 days after the fish has settled on the reef, according to Wittenrich. “The mortality rate of post-settlement juveniles is consistently high and decreases with increasing body size,” Wittenrich told me. “So, the short of it is, the smaller you can collect them, the less ecological effect one would have.”

Of course this leaves us asking how small is small enough?

“I would draw the line at two weeks after settlement,” Wittenrich said, “as this is generally when the ‘adjustment’ or ‘critical period’ ends and natural mortality rates subside.”

So there you have it—a working definition for tank-raised fishes.

To spell it out, a tank-raised fish is a fish collected at any point up to two weeks post settlement and then raised to a salable size in a tank (anywhere from a period of months to a year). Is there some wiggle room based on the complexities of collection and the individual traits of various species? Sure there is. But this working definition goes directly to the spirit of what we mean when we label a fish as tank-raised fish–it is an animal collected during a life stage when natural mortality is still exceedingly high. Does this translate directly to corals and non-coral invertebrates? In some cases yes and in some cases no. More discussion is probably warranted in this regard.

What a Tank-Raised Fish is Not

The debate surrounding the Blue Zoo Aquatics WYSIWYG tank-raised cuttlefish this past week was not just about the term tank-raised. It was largely about the relationship and misconceptions between the terms tank-raised and captive-bred. As such, defining tank-raised by what tank-raised fishes are not may be helpful.

Adding Value at the Point of Sale

It’s important to remember these terms have value for the aquarist at the point-of-sale. They are labels that give the aquarist more information about an animal they are considering.