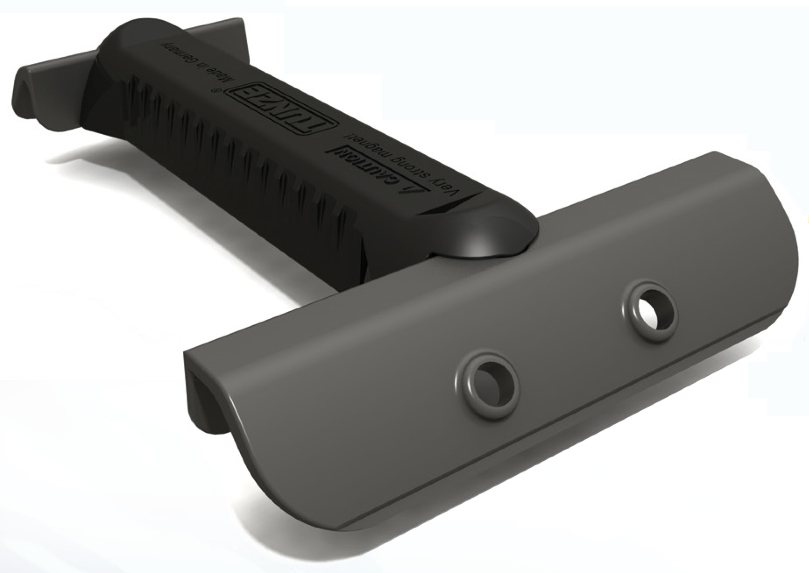 More new products from Tunze today, as they’ve unveiled their magnetic algae scraper at Interzoo. Called the Care Magnet, this new scraper sports a thin, ergonomic handle to which plastic blades are attached at either end. This patented algae scraper has an inconspicuous profile within the aquarium, making it less obtrusive to the look of the tank while also letting it slip behind rocks, plants, and corals with ease. The Care Magnet’s patented features center around the scrapers themselves. It uses plastic blades of varying lengths, which place different pressures on the glass or acrylic during its use. This allows the narrow blade to remove tough algae, such as coralline, while the wide blade allows the magnet to tackle larger areas or places where the algae is easier to remove. This unique design allows the Care Magnet to work in tight corners and even on curved aquariums, while at the same time not scracthing up the inside of the tank. The inner magnet is said to be 3mm from the walls of the aquarium, which prevents sand from getting stuck between it and the glass. That said, the strenth of the magnets is said to make separation of the scraper “nearly impossible”. In addition to that, the blades on one end can be removed, effectively turning the Care Magnet into a handheld algae scraper MORE: Tunze Shows Off New Care Magnet Algae Scraper