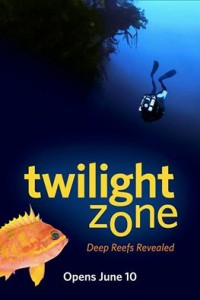 A recently announced new exhibit at California Academy of Sciences is slated to open June 10th, 2016, “Twilight Zone: Deep Reefs Revealed“. For this mesophotic reef nerd nothing in a zoological setting could be more exciting.

Very little has been shared regarding the specific species we’ll be afforded in the new exhibit, suffice to say we have a hunch that there will be some incredibly rare fishes abound. 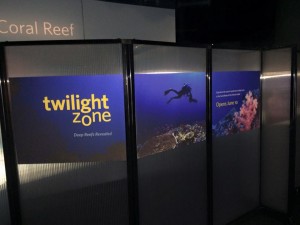 A recent post shared by Assistant Curator, CA Academy of Sciences Charles Delbeek, “And so it begins … six months of exhibit renovations and animal acquisitions for the worlds first exhibit area devoted to exploring the Twilight Zone and rebreather diving research!”