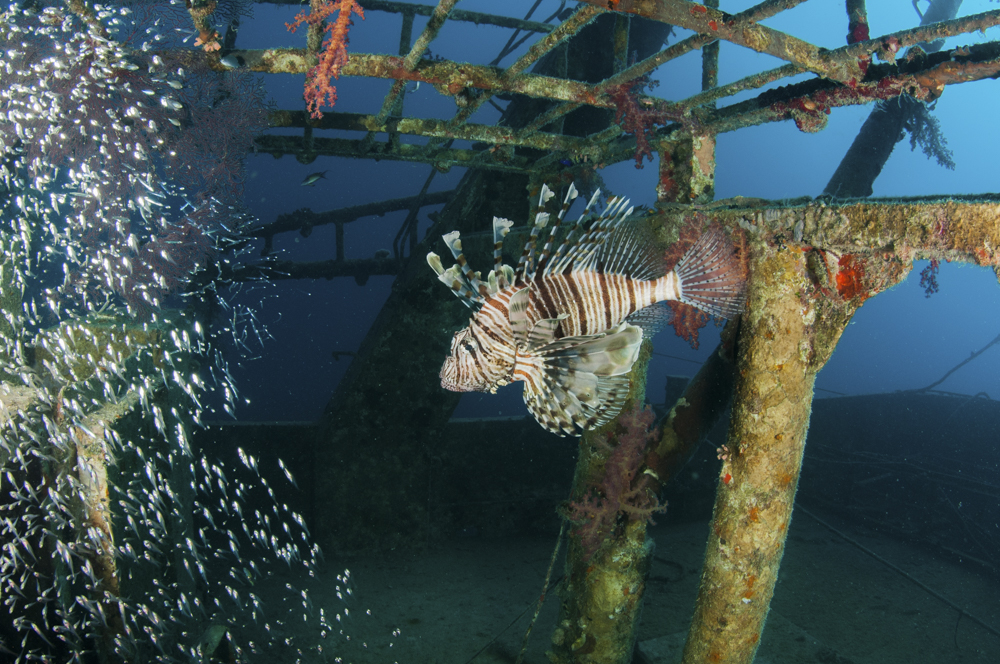 In my last post I talked about Sweepers, the small fish of the genus Parapriacanthus that seem to have a burning desire to get between me and my subject en masse, with little I can do to persuade them to leave me alone.  In the grand scheme of things, it is not  one of the worst problems I’ve ever faced underwater, but they can be a nuisance.  In this post I want to look at a few images from my archive that worked because of the small wee fish, that are so often, and incorrectly, just called glassfish by folks like myself.

In the main image a large Lionfish (This is Pterois miles) is eyeing up a good meal within the superstructure of a shipwreck in the Red Sea.  In reality the lionfish wandered away, decided not to try to hunt, but I think the image suggests a pause before action, that in this case never occurred.

In the image below of a Red Sea cave, cardinals (looks like Orange-lined) and some very young anthias (bottom left) are hanging around with another Sweeper species, possibly Pempheris vanicolensis. 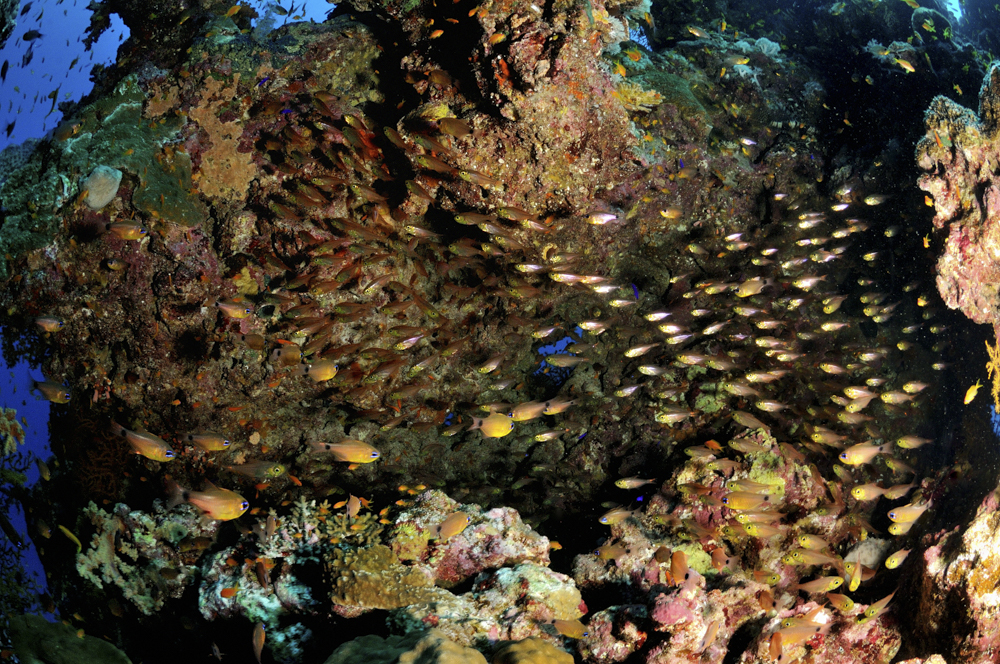 More Sweepers can be seen in this shipwreck image, taken in the bridge.  The structure would have once held the wheel.  Look closely and you’ll see some anthias doing their ‘upside down’ thing.  As far as the fish are concerned, this is a cave like any other. 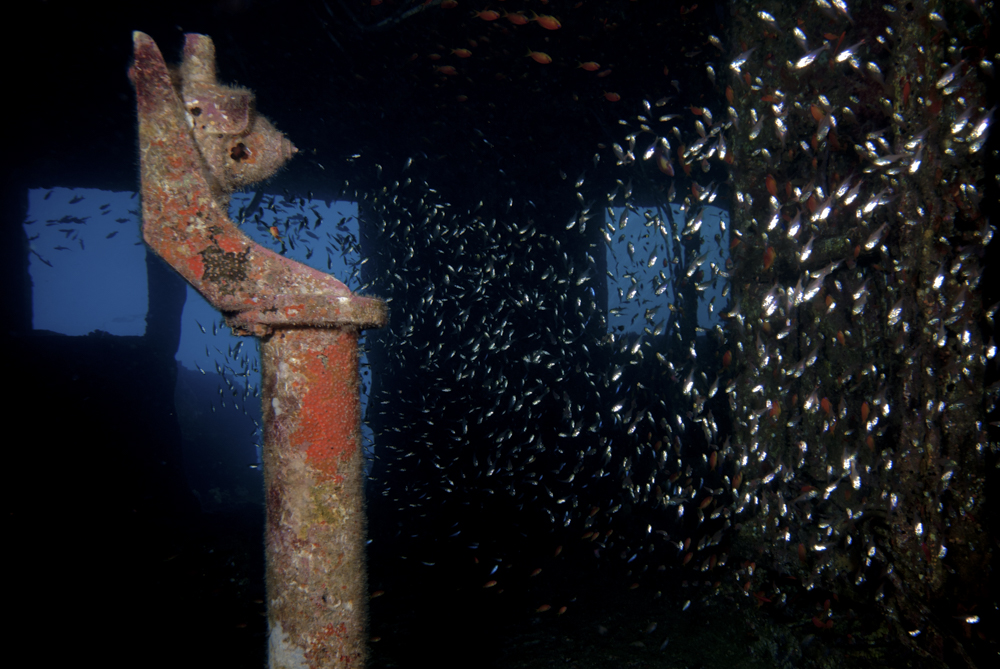 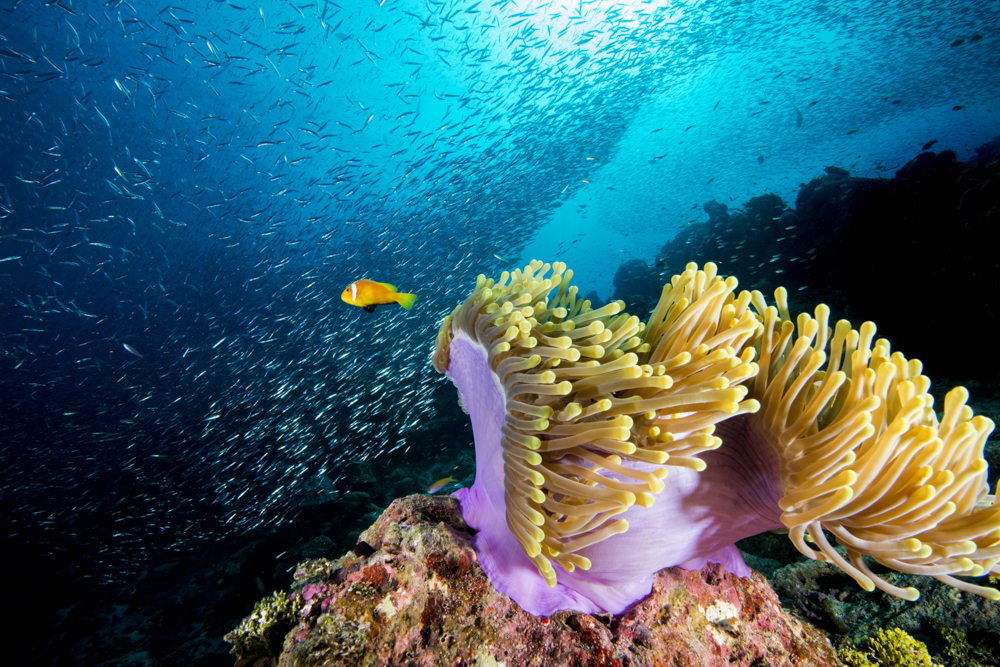 I particularly like using shoals of small fish, be they sweepers or others such as silversides to create texture in the blue.  I really like this image of a black-footed clown in the Maldives.  What do indeed look to be silversides add depth to the image. 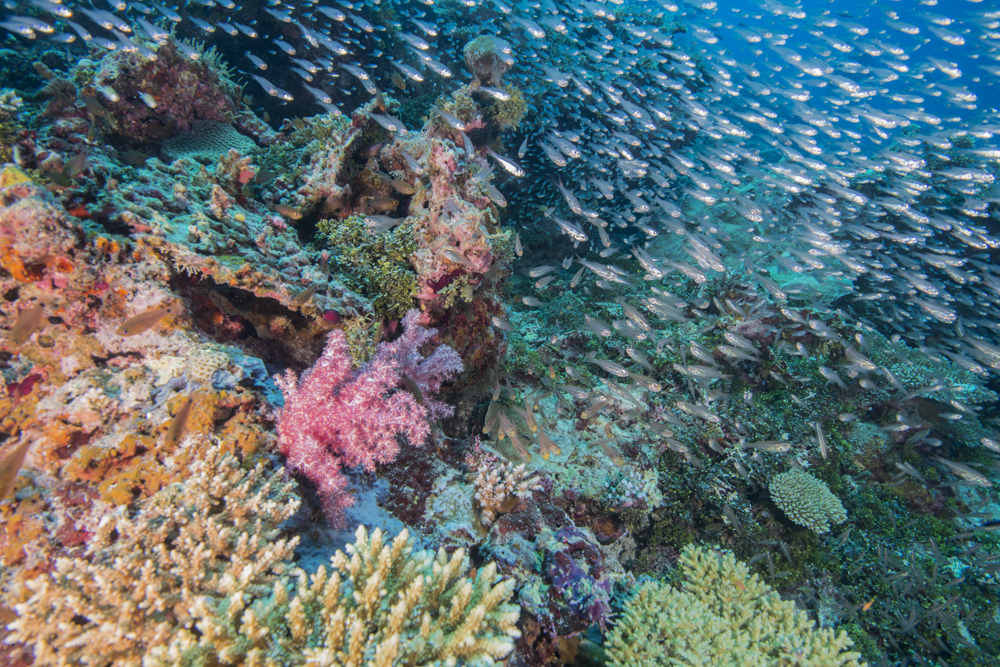 The sweepers in this shot would not get out of the way.  Whilst it is not a special image I took it due to finding Dendronephthya in the Maldives.  Though it is not a rare coral, some atolls seem to have none at all.  The sweepers do a useful job of providing a slightly more interesting backdrop.