Wild Earth Guardians: Why groups like this matter to you 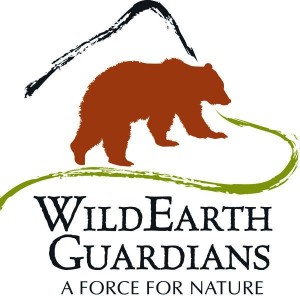 I get all sorts of mud thrown in my direction when I suggest that the practices of the aquarium trade, and even the practices of individual hobbyists, threaten our ability to keep reef aquariums as a whole. Many aquarists think I am just trying to point fingers, and often claim that I am jealous at the trade’s success. They forget that I too am an aquarist, and want an active marine livestock trade that allows me to expand my own aquariums, but also works towards a sustainable trade that follows and adheres to all rules and laws, especially those that manage and protect species. The last thing I would want to see is the end of the aquarium trade, or enhanced regulations that make keeping a reef aquarium more difficult, or limit what we as aquarists can procure. I’ve been called a “hater” which is something I find rather funny, since I’ve had an aquarium since I was a small child. When engaging in discussions online that focus on potential regulations or forced sustainability, I assume that many aren’t aware of how conservation legislation works, or the fact that there are a host of powerful, influential groups that would love nothing more than to see the aquarium trade highly regulated or discontinued. No, these aren’t a bunch of tree-hugging hippies living on a commune, but well oiled-conservation machines that carry with them political clout, scientific expertise, and genuine concern about the future of animal species and planet Earth.

Sea Shepherd Conservation Society has famously enacted a campaign (Operation Reef Defense) that aims to end the aquarium trade, and considers the entire trade trafficking in coral reef animal life for profit. Whether or not individuals within the hobby like or hate Sea Shepherd, it’s hard to argue that they aren’t a successful organization. Alone, they have taken on the nation of Japan and made a serious dent in their commercial whaling industry, which is no small feat, especially for one organization. To try to educate other aquarists about my concerns, and why I often push individual aquarists and the industry at large to do better, and ask hard questions about certain trade practices, I want to talk about Wild Earth Guardians. Wild Earth Guardians are responsible for the successful petition that has placed the Bangaii Cardinalfish on the Endangered Species List, and they have been vocal about what they hope to see for the future for the species, and the marine aquarium trade as a whole. While reading this, please remember that there are dozens of groups like Wild Earth Guardians around the world, all with similar economic and scientific resources at their disposal, and many of them are closely watching the marine aquarium trade and hobby, looking for a way to protect wild reefs worldwide. Within their arsenals are lawyers, scientists, fundraisers, and lobbyists, all with a shared passion for preserving natural resources.

Before we look at Wild Earth Guardians as a group, it’s important to understand how Endangered Species Act (ESA) petitioning works. I’ve written other posts regarding the ESA and its legal power. Anyone (individual, group, or government entity) can petition to have a species protected under the ESA. A petition must include data that shows the species is at peril, and that data must identify stressors (climate change, international trade, over-fishing, etc) that may render the species extinct. Either NOAA or the National Marine Fisheries Service reviews that petition, and if they see it has merit, they will launch a formal investigation into the petitioned species’ decline. In the case of the Bangaii Cardinalfish, that formal investigation found that indeed the species was threatened with extinction, and warranted protecting under the ESA. It would be difficult, if not impossible, for an individual with no scientific or investigative background to submit a successful petition for ESA protection, which is why groups like Wild Earth Guardians combine a host of experts with the shared goal of using existing laws to protect species.

Wild Earth Guardians is a grass-roots environmental movement, which is most famous for a decade-long legal action against the US Fish and Wildlife Service. This culminated in 2011 with the protection of more than 800 species under the ESA. Let that sink in for a moment, as it shows the group was able to prove, in court, that the USFWS was negligent in not listing over 800 species under ESA protection. No small feat. The group operates primarily in the Rocky Mountain region of the US, Canada, and Mexico, as well as the Pacific Northwest and worldwide has more than 67,000 members and active donors. Their legal team and conservation work is funded via donations, private foundations, and government grants and contracts. In 2014 their operating budget was roughly 4.1 million dollars, with 31% coming from private donations. Wild Earth Guardians has gained acclaim in the conservation world for winning 77% of any lawsuit or legal action they bring forward. Again, no small feat.

The group began in 1989, fighting logging on New Mexico’s Elk Mountain under the name Forest Guardians. Soon they expanded to take on other industries as well as projects involving public livestock grazing land. They would buy leases for public grazing land, outbidding ranchers who sought to use lands to graze commercial livestock. In 2008 Forest Guardians merged with Colorado conservation group Sinapu and Wild Earth Guardians was formed. Since then, Wild Earth Guardians has broadened its focus to include protection and restoration of wild lands and wild life all over planet Earth. They work to fight climate change and phase out fossil fuels, while also working to protect specific habitats, ecosystems, and species.

Looking at their staff, this group employs a host of professionals. From communications and marketing experts, down to program directors and species advocates. Also, Wild Earth Guardians has a robust legal team, made up of lawyers that specialize in environmental law. To top it off, they have several research scientists on staff to aid in studying the effects of various industries on the natural environment, or specific animal species. As you can imagine, it’s not cheap to have such powerful professionals on staff, but with an operating budget of over 4.1 million dollars annually, they are able to make it work.

The Bangaii Cardinalfish, and marine aquariums: 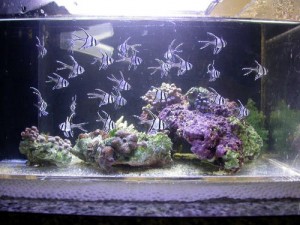 The group has been vocal since it was determined that based on their petition, the Bangaii cardinalfish would be placed under ESA protection. Wild Earth Guardian species advocate Taylor Jones praised the decision to list the cardinalfish under ESA, but also asked that NMFS works to quickly enact regulations to protect the species. She went on to say that, “Protection of the Bangaii cardinalfish is crucial because demand for aquarium fish in the United States is a chief cause of this imperiled species’ decline.” Jones continued saying, “These beautiful fish deserve a chance to recover in their wild homes, and should not be relegated to tiny tanks for people’s entertainment.”

In addition to the Bangaii cardinal, Wild Earth petitioned to have an additional 80 species of marine fish species protected under the ESA.

Already the NMFS has said they “intend to announce an advance notice of proposed rulemaking to solicit public comment and information on any section 4(d) protective regulation, if proposed, for the Banggai cardinalfish.” The largest question I’ve found among marine aquarists is that if NMFS enforces a ban on the trade and ownership of Bangaii cardinalfish, what will happen to aqua cultured fish? Multiple hobby media sources have said that the rise of aqua cultured cardinalfish should alleviate any concerns about the potential extinction of the species, due to the aquarium livestock trade. However, both Wild Earth Guardians and NMFS are somewhat concerned that allowing a trade in aqua cultured Bangaii cardinals won’t contribute to further species decline. NMFS has stated that they feel the trade in wild caught fish is still active, and that often wild collected fish are marked as aqua cultured for sale and export. Both NMFS and Wild Earth Guardians feel that all of these considerations need to be taken into account as agencies decide what prohibitions (if any) on the Bangaii’s trade/ownership to enact. It’s very likely that as aquarists, we will see restrictions on the Bangaii’s collection and trade, and it’s also very likely that Wild Earth Guardians will be pushing for the most restrictive regulations possible, capable of ensuring wild-collected cardinalfish are not imported into the United States. 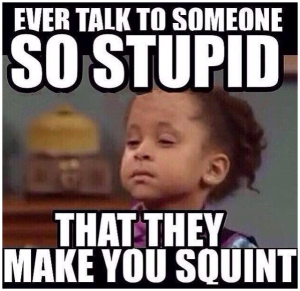 Now I’ve been called lots of names for suggesting that conservation groups all around the world have the aquarium industry in their sites, and that they are capable of inflicting real damage if the industry doesn’t show signs of self-policing and genuine care about the species it trades. The Bangaii Cardinalfish ruling, spearheaded by a grass-roots conservation organization is proof that on some level, I know what I’m talking about. Now, does anyone think that Wild Earth Guardians (along with many other groups) will stop worrying about the marine livestock trade, now that they’ve scored a major win, enacting ESA protection for the first time ever over an aquarium fish? Of course they won’t, and we can all assume that the group is sharpening their pencils and hitting the books about how to act next, in regards to the marine livestock trade. Other groups will likely see the marine livestock trade as an opportunity to score enhanced protection for marine species, and take action. Don’t kid yourself, this win broadcasted to conservation groups globally that the marine livestock trade is a place to start turning over stones. Also, does anyone think that if groups like Wild Earth Guardians knew about some of the trade and hobbies’ dirtier (even questionable) practices, they wouldn’t be all over it like white on rice? Of course they would.

The point. Aquarists should stop treating conservation and sustainability like it’s a fringe liberal agenda, led by a bunch of pot-smoking hippies with nothing better to do, and who fear more than anything an honest day’s work. Because it’s not. Also, aquarists should realize that their own personal purchasing and husbandry practices shape what the marine livestock industry is, and will become. The consumer dollar is the ultimate voter, and is constantly casting a silent ballot about what will continue, and what will come to an abrupt end. We can rest assured that as private aquarists, our practices are under scrutiny by a global network of conservation groups, all of which have powerful influence over legal authorities. You may not like it, it may infuriate you, but it is reality, non-the-less. Hence, why I constantly claim that shows like Tanked, along with resource guzzling mega-aquariums and certain trade practices will sooner or later, cause us all problems.