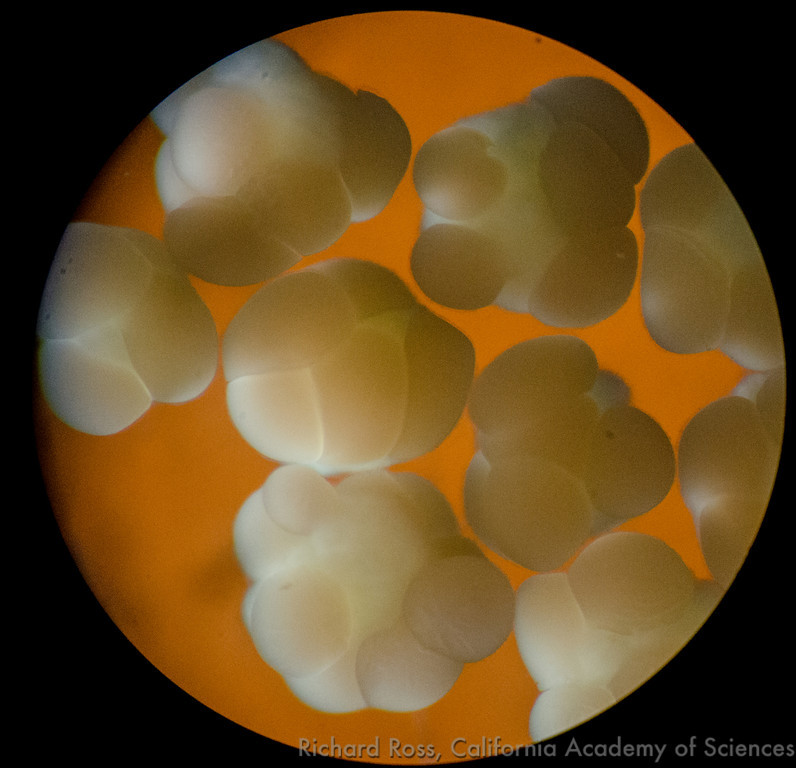 Biologists from The Florida Aquarium, Steinhart Aquarium in the California Academy of Sciences,  Moody Gardens, Disney’s The Seas, and the Columbus Zoo and Aquarium have gathered at the Coral Restoration Foundation’s facility in the Florida Keys to continue to expand our understanding of the sexual reproduction of the areas endangered Acropora cervicornis and Acropora palmata corals.
The endangered corals seem to spawn within a few days of the full moon, but these cycles are not fully understood. So, each night of a probable spawn, the scientists SCUBA dive around coral heads late into the night looking for signs of gamete release. If there is spawn, the corals are tented with gamete collectors, and then the gametes are rushed to a la where they are carefully tended through their first critical days of development. Once the larval corals stop swimming and literally settle onto prepared substrate, they are brought to The Florida Aquarium to be grown to maturity. This months, the offshore spawning has been relatively uneventful, possibly due to the short interval between the cycle of full moons of August and September. However, the 2012 Florida Coral spawning season has already produced several exciting results.
Acropora cervicornis corals are grown by the Coral Restoration Foundation in efforts to repopulate Florida’s waters with these threatened animals. Normally, scientists must go to the field to gather the coral eggs, but some colonies grown by the CRF moved to a holding  facility on land, where they spawned several times and the gametes were collected. This event may help biologists to better understand the ins and outs of coral sexual reproduction because observation and collection on shore is much easier, less costly and more efficient than sending teams out to dive. While the spawning of this kind in the lab is certainly a USA first, there are still face a lot of hurdles.  The need the larvae to settle successfully, become primary polyps, and then small colonies. One exciting result of spawning these corals on land is the ability to document the sperm/egg bundle in photographs, something that is usually not seen as the sperm/egg bundles collected from wild spawn separated during the boat trip back to shore. 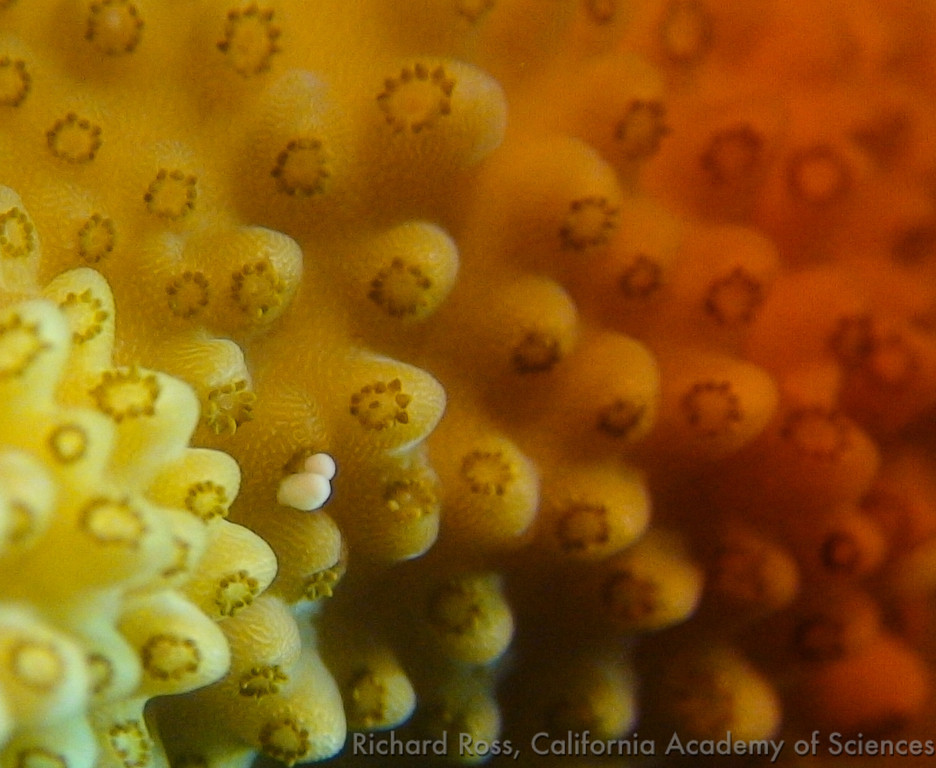 Acropora cervicornis sperm/egg bundle emerging from the parent colony in the onshore lab. 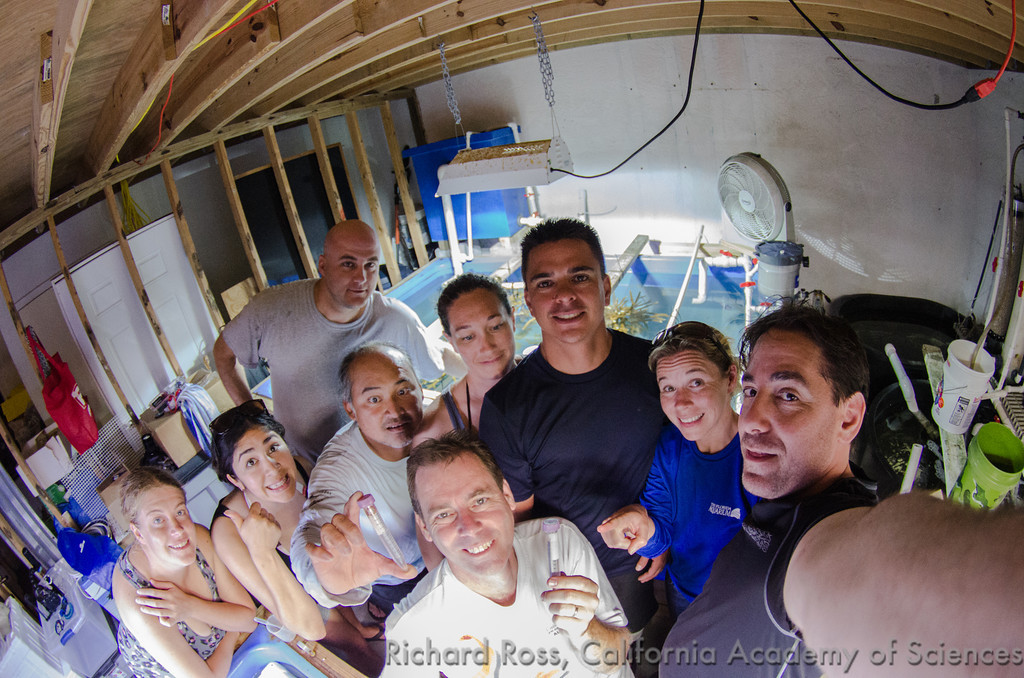