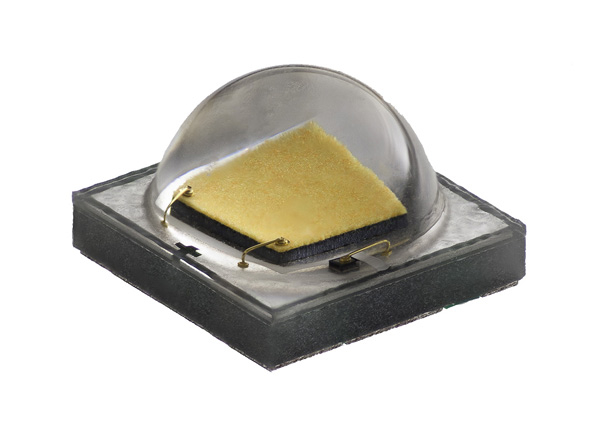 Good news for everyone interested in DIY LED lights- Cree, one of the best known corporations manufacturing high power LEDs, just went public announcing a new emitter. A successor for the greatly respected XP-G chipset, the new Xlamp XP-G2 ffers up to 20% brighter light and better lumen to dollar ratio. XP-G2 has identical to it’s older version dimensions, which means all the optics made for xp-g should work with the second generation without any problems. This move allows Cree to shorten the manufacturing process and release it to markets much faster. Quick look at the data sheet (you can download it as a pdf file here: http://www.cree.com/led-components-and-modules/products/xlamp/discrete-directional/~/media/Files/Cree/LED%20Components%20and%20Modules/XLamp/Data%20and%20Binning/XLampXPG2.pdf ) reveals how powerful the new chipset is. The lumens output seems to be lower at the same current when compared to original XP-G, but the forward voltage on XP-G is lower at given current by approximately 0.1V, giving the new chipset higher actual lumens to watt ratio. It’s not revolutionary, but XP-G2 is clearly more energy efficient. The new dome lens gives a different light emission angle, 115 degrees instead of XP-G 125 degrees, making Cree’s XP-G2 a little narrower beam of light. The biggest advantage of the new XP-G2 is not the efficiency, but new materials used to built the chipset. Cree tried to lower the cost of LED manufacturing for a long time and with the use of silicone carbide as a build material, XP-G2 could be much more affordable than any previous high power LEDs. Cree didn’t publish any info about pricing yet, but if their claims prove to be true we can expect another LED revolution soon and a step forward for LEDs to replace other light sources in everyday use. I’ll keep you informed once I know more about the new LED.