Another Milestone in Aquaculture: First rearing of the reef basslets at the Long Island Aquarium 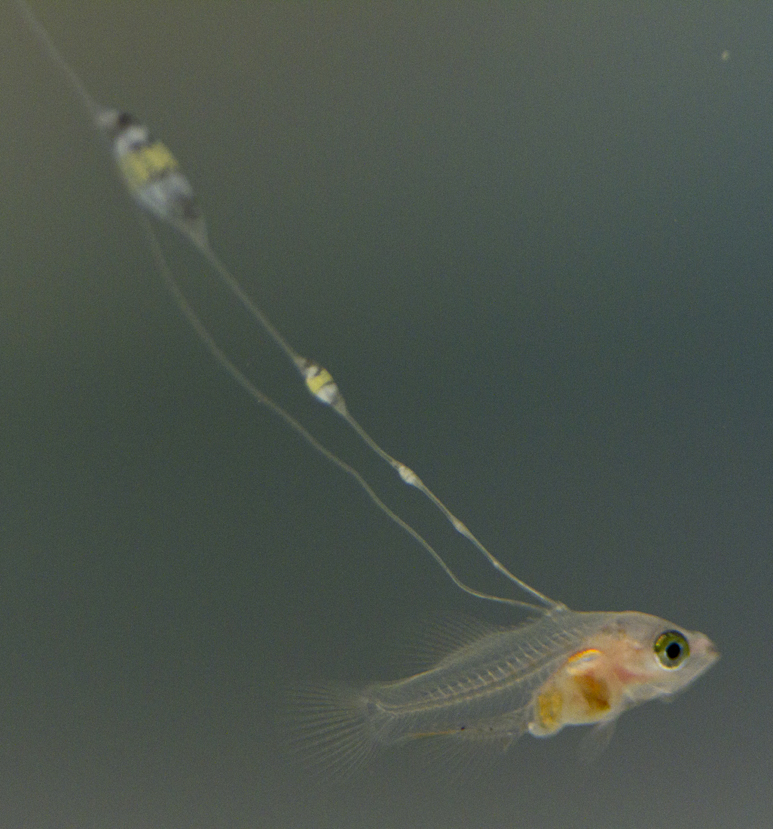 As I sit here writing, my wife Ashleigh is in the kitchen opening the first bottle of Bombay Sapphire gin that’s been permitted in our house in more than a year.  After having worked on this species off and on (sadly, more off, than on) for more than fifteen years, last fall I managed to raise a single larva of the swiss guard basslet (Liopropoma rubre) to a record age of 46 days post hatch (DPH).  I was so sure that I was on the brink of making history, that I boldly declared: “I will not have any more gin in this house until I get one of these larvae to settle.”  Of course I may not have been so bold had I known that my broodstock was about to go on a nine-month spawning strike.  Nevertheless, after months of troubleshooting, I started getting viable spawns again this past July, and with the help and support of a vast network of friends and family, including Forrest Young, Martin Moe, Ashleigh, my colleagues at the Long Island Aquarium, and many others, I was able to pick up where I left off.

Throughout the summer and fall, I chipped away at the problem, experimenting with tank shapes and sizes, food densities, egg handling, and microbe control, getting a few more larvae to survive for a little bit longer with each consecutive attempt.  The latest batch of larvae is now at 69 DPH and although most of the dozen or so left still appear to be a few days away from settlement (the major physiological change that hastens the behavioral switch from a pelagic to a benthic mode of existence), one front runner has firmly settled to the bottom and has taken up residence in a PVC pipe fitting.  As far as I know, this is the first time any Liopropoma species has been raised  through settlement in captivity. 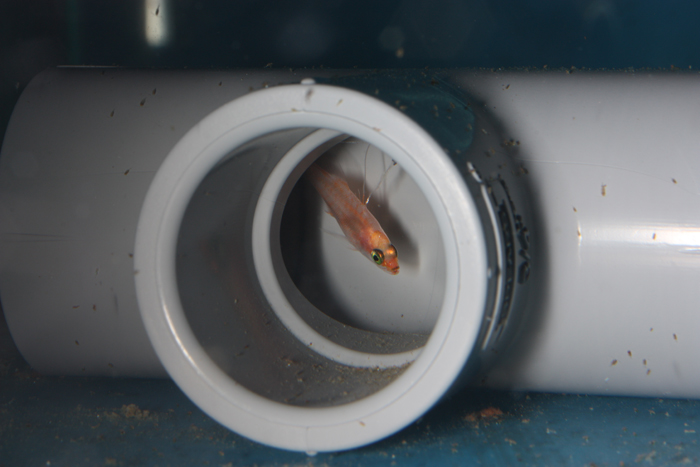 My broodstock consists of three pairs of swiss guard basslets (L. rubre) and three pairs of candy basslets (L. carmabi).  Since I collect and combine eggs from both species several times a week and none of these late-stage larvae or the one post larva have enough coloration for a definitive identification, I still have days or even weeks of anticipation ahead.  For now however, there’s an icy cold gin and tonic waiting for me in the next room and it’s time for a toast.  On a side note, Ashleigh will be toasting with a glass of cranberry juice as the basslets aren’t the only thing we’re celebrating these days.

Check out the winter edition of Reefs Magazine for an article detailing the methods involved in broodstock management, egg collection, and larval rearing.