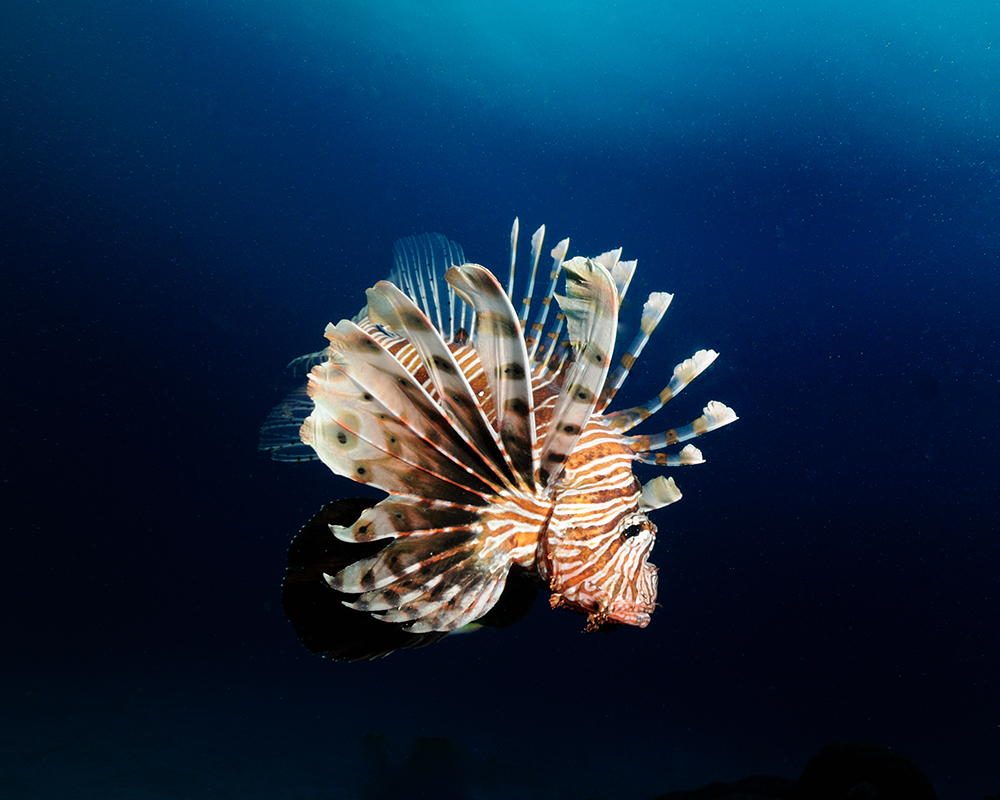 I think all readers of this post are aware of the spread of Lionfish through the waters of the Caribbean and the wider Tropical Western Atlantic, but for the first time a lionfish has been caught in waters off the the UK coastline.  As yet though, no one is sure where it came from.

A number of sources reported on the catch by an amateur angler, off the county of Dorset on the UK’s sheltered southern coastline.  Typically the more salacious news media focuses on the animal’s venomous nature, though I was pleased to see that it wasn’t referred to as poisonous, as anyone who as ever tried one will confirm, they are indeed delicious. 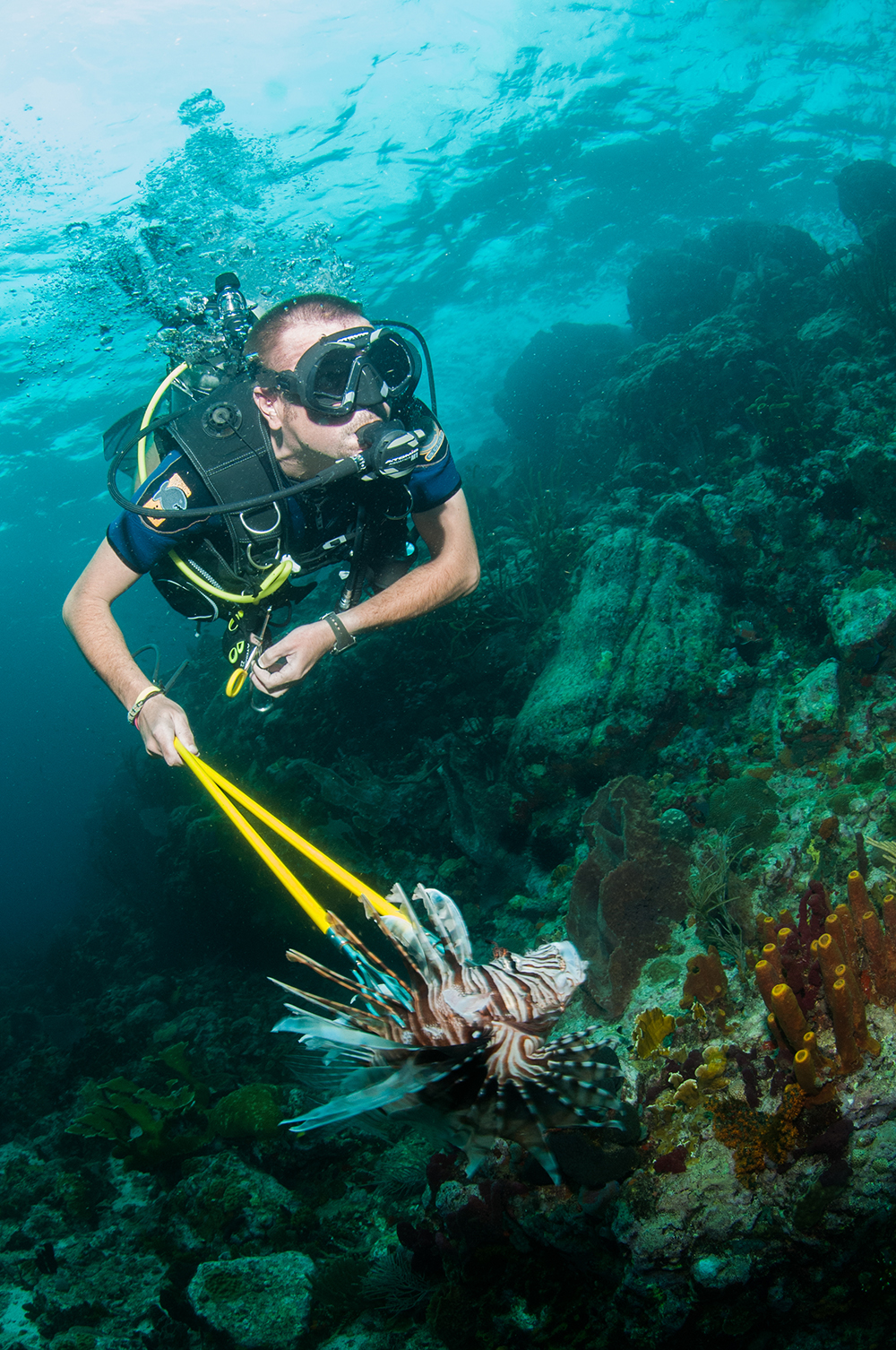 Lionfish have spread rapidly in the TWA, some divers will hunt them and supply local restaurants.

As yet, no one has been able to confirm how the fish reached the UK shore, though there are two possibilities.  First, the fish swam under its own steam from the nearest population in the Mediterranean.  This population of fish is believed to have arrived via the Suez Canal from the Red Sea, possibly via numerous arrivals.  If this is the case then presumably other individuals could find their way – especially as water temperatures increase – and may well have done so.  If Lionfish establish themselves around the UK coastline it will have profound implications for native species. 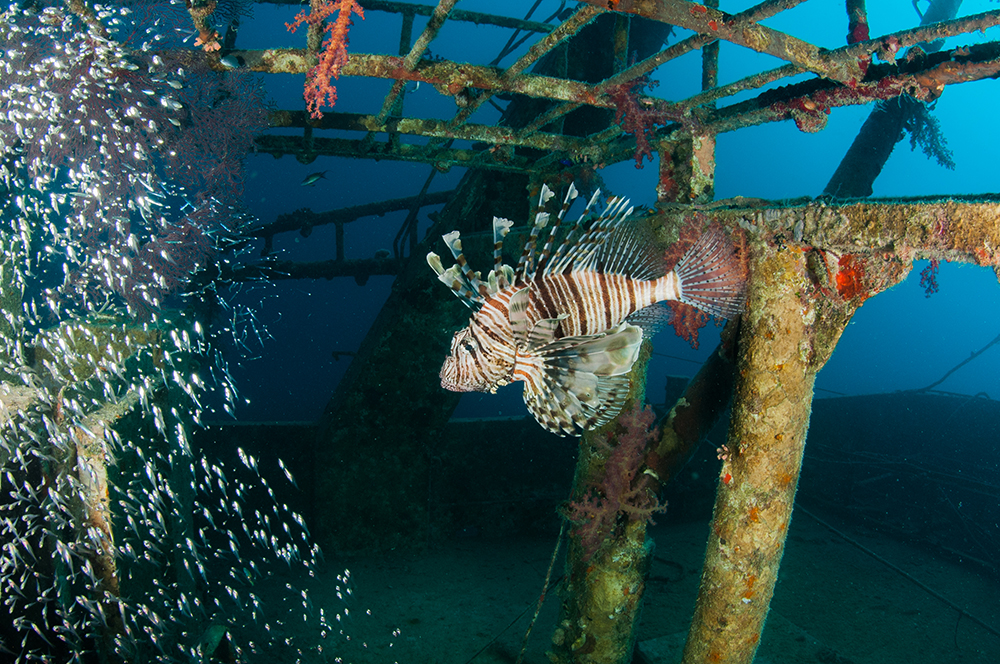 Pterois miles in the Red Sea

The other option is a fish discarded from an aquarium was re caught and thus removed from the ecosystem.  I just hope that if this was the case, the fish was a single specimen.

As yet I’ve not been able to determine which species is involved and where the specimen is now.  Read more: