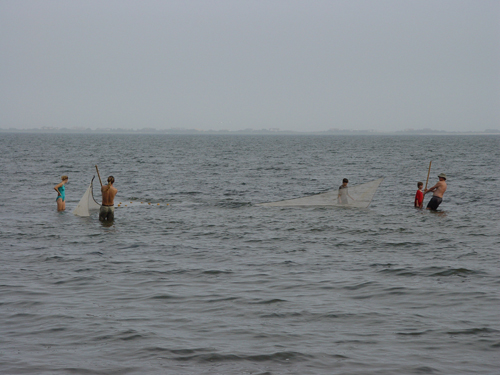 Seining for tropicals on a cool October morning

As the days shorten and the nights get colder in New York, the beach crowds and SCUBA divers give way to cold north winds and bundled-up fishermen, cashing in on the fall striped bass migration.  Between the less-than-favorable weather, and the need to return to winter routines, many tropical fish collectors around here have thrown in the towel for the season.  But we die-hards have a secret.

Because of seawater’s thermal inertia, the water temperature in early October is warmer than it’s been for most of the summer.  Also, the post-larval tropical fishes have been accumulating in our waters since June, and although many of them will soon succumb to the cold, species diversity is currently at its highest point of the year.  So in addition to the tiny new arrivals that have barely taken on their juvenile coloration, there are tropical fishes in our bays that have attained sizes that border on respectable.  One of the greatest advantages to collecting at this time of year is that many of the fishes here now have been growing all summer and their increased size means that they will be considerably easier to feed and hardier in general.  Anyone who has tried to keep a dime-sized spotfin butterflyfish is familiar with the difficulty involved in keeping weight on them, but 4-inch specimens, which are common this time of year, are relatively easy to feed. 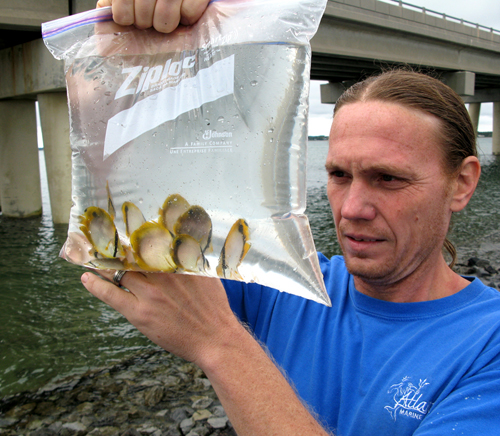 The author with a bag of large, late-season spotfin butterflyfish

Another advantage to October fish collecting, is that because of the seasonal timing of spawning events further south, new species are arriving on the scene that haven’t been around all summer.  October is often when we first start to see angels, wrasses, parrotfish, and other species that remain virtually unknown to fair-weather fish collectors. 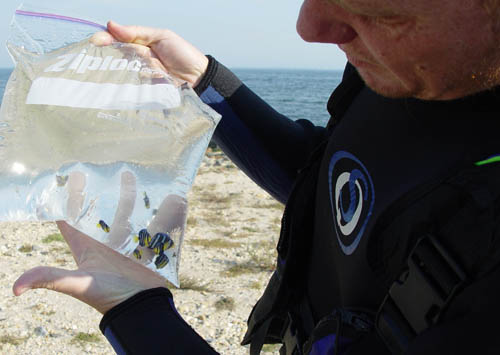 Autumn is the best time to find blue angels in Long Island waters. 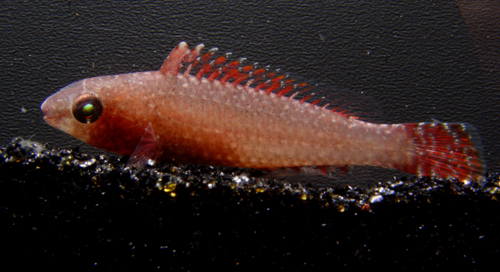 A redfin parrotfish, one of the last species to appear in the northeast before the water temperature gets too low to support tropical fishes.

For more on this topic, keep an eye out for my forthcoming book: Drifters, a guide to the stray tropical fishes of the northeastern United States.