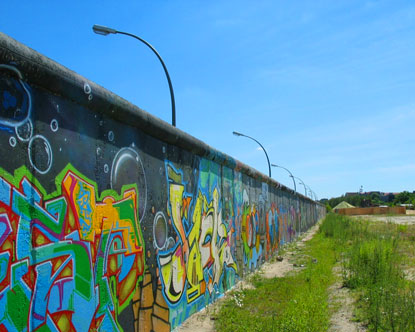 I’m Scott. I hate boring aquascaping. I love creative rockwork. For the last year, I’ve been busy practicing what I preach professionally, working at a premier aquatic design business with an amazing clientele, giving ‘em what they want… I think I’m a sellout…Well, sort of, anyways…

If you know anything about me and my near-obsessive aquascaping fetish, you know that I’ve been the loudest voice in the “anti-rock wall” movement. Let’s face it, there is so much talent out there in the reefkeeping world that that to aquascape an aquarium with an end-to-end wall of live rock is damn near tragic, in my humble opinion. I’ve spent countless hours writing, talking, and traveling around the United States extolling the virtues of outside-the-box aquascaping work, so imagine the internal psychological battle I faced a few weeks back when a very demanding client requested that we pack her super high-end aquarium with massive quantities of live rock! “I want it to look just like a wall of rock like you might see on a reef!”, she enthusiastically exclaimed.

Of course, ever neuron in my head was screaming: “What? A ROCK WALL!!! Are you MAD?”  Yeah, she was, but that is a whole different story entirely. After much consternation and my usual admonitions about why rock walls are a disaster waiting to happen (because of the maintenance liabilities, flow limitations, etc.), the client urged me to build her the rock wall of her dreams. Besides, she was paying our firm big bucks for the design, too!

The good part about the whole thing was that she wanted a look that had “elements of a Bonsai tree”, with “lots of nooks and crannies for the fishes to swim through and corals to grow on”. Perhaps there was some hope yet for her And since giving clients what they want is a big part of my job, I took on the task with as much enthusiasm as I could muster. If she wanted a wall, I was gonna give her a good one.

I swear, I felt like a 16- year- old cheating on his girlfriend, yet as we worked on this wall (and it was a wall- the aquarium was 36” wide and 44” tall!), I began to realize that even walls can have their merits. In an aquarium with a very tall vertical footprint, there really was no place to go but up!

And with very strict aesthetic requirements laid down by the client (“I don’t want to see ANY of the overflow, no pump outputs or other hardware”), a lot of effort had to be placed on constructing not only a “functional wall”, but one that made you forget that you’re looking into an aquarium! Yeah, easy.

As a professional, I guess it really doesn’t matter what I want- it’s all about the client’s needs. But man- I was getting paid to build a damn rock wall! Fighting my existential internal battle was really not the issue. Giving the client what she wanted was.

In the end, we built a really nice rock wall. Functional, too. The client was happy. And you know what? This “Postmodern Rock Wall”, although hideous to me, made the client so excited that she opened up her home to children at the local school to share about the wonders of the ocean! Imagine a rock wall helping to create the next generation of fish geeks?

Is there some great lesson here? I don’t know…I guess I should just get over it and understand that everyone has different taste.

Yeah, it’s still a rock wall. But it’s a nice one.