Zetlight UFO ZE-8000 – our test on the extraterrestrial ceiling light 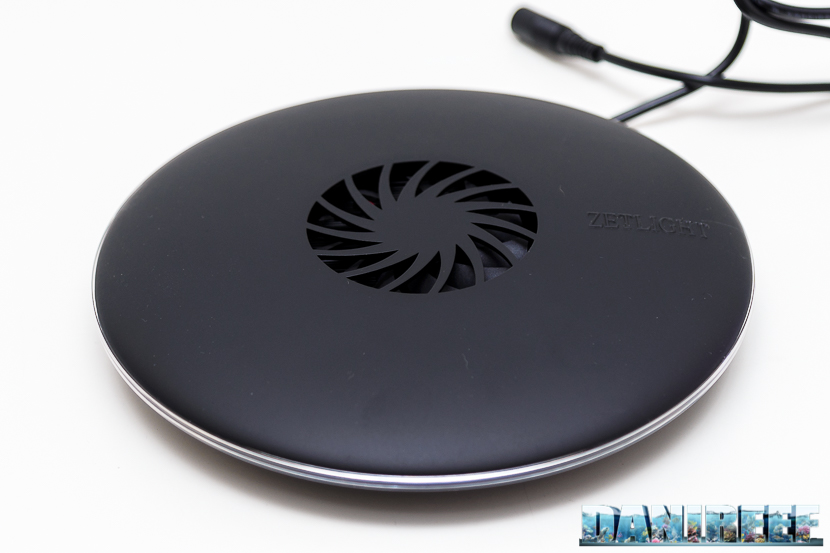 One of the most beautiful ceiling lights ever designed is the Zetlight UFO ZE-8000.

This ceiling light looks like an elegant UFO with a LED cluster in the middle. It’s sold in a lovely package with its tank support.


There are four LED channels which can be individually controlled, or the various LEDs can be controlled together. In total there are 44 LEDs:

Zetlight UFO Optical Lens 45° costs about 40€ (we have it but we haven’t assembled it yet). 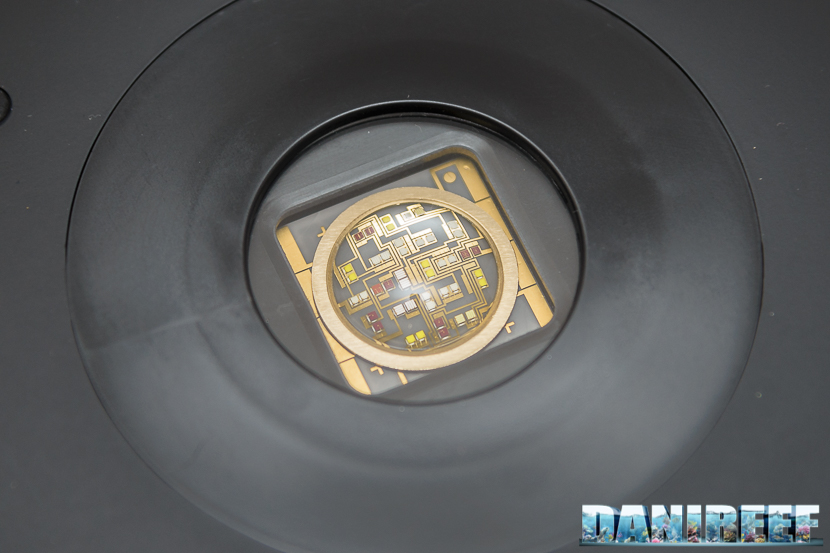 The Zetlight UFO ZE-8000 is built with incredible attention, and is very small and lightweight. They’re even smaller than the Maxspect Ethereal, which we like very much. Moreover it’s a great idea having the support in the package itself.

In order to cool the LEDs, there’s a vent on the upper part and a series of inferior openings. The noise that it produces isn’t loud. 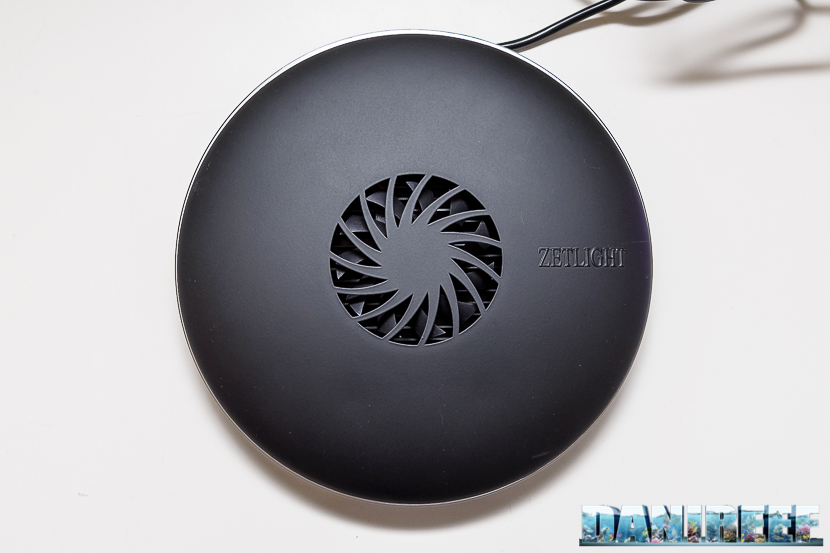 You can control the ceiling light by touching the upper shell, but if you buy the optional WiFi module you can set it by tablet or smartphone. 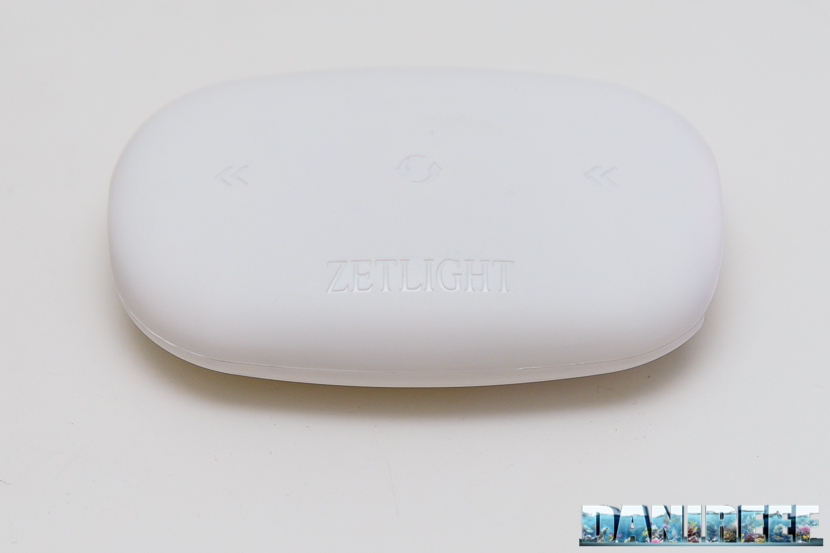 Pictured above is the Zetlight UFO Wifi Dimmer Control, which has to be connected to the ceiling light to create a WiFi network. So, after downloading the app from the store, you can interact with the ceiling light to set it up. In this part we’re going to focus only on the technical aspects, but in the future we’ll analyze its planning more thoroughly.

As usual we have tested the device with the probe by Seneye Reef system that we reviewed some time ago: its software has been updated recently, and now it can measure lux, PAR, and PUR. 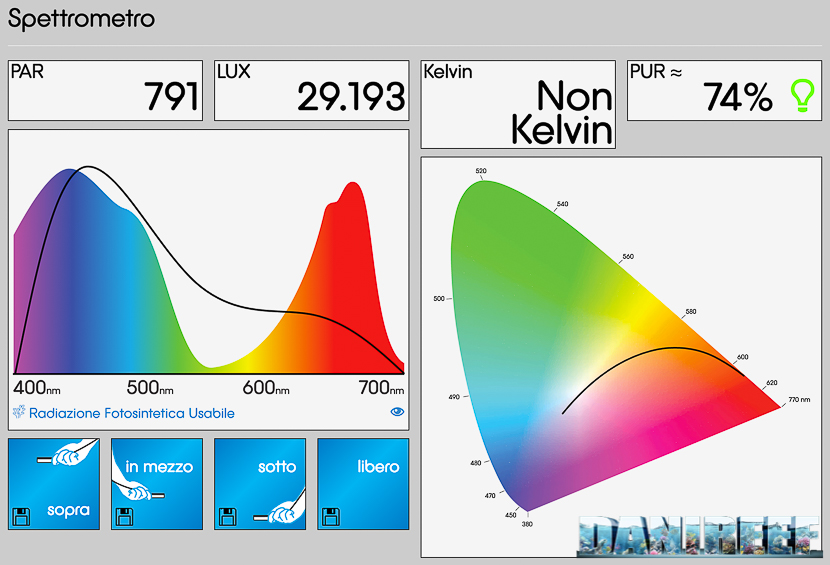 As you can see in the chart these are the obtained measurements:

And now the channels individually: 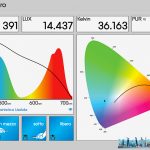 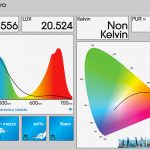 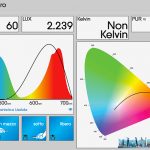 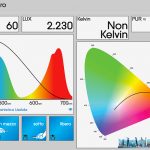 It’s easy to notice, from the chart, that the second channel has the largest amount of PAR and Lux, followed by the first one. 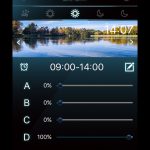 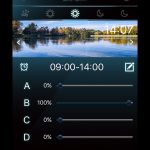 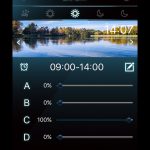 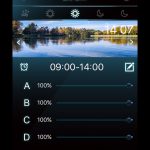 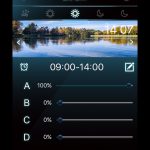 I don’t know if you have noticed that individually, the channels express greater power than when all together. It seems that the chip can’t push all the LEDs to their highest output, or that it subtracts power from a channel and gives it to another, like the AquaIllumination HD. 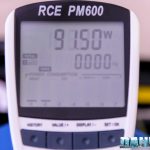 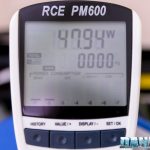 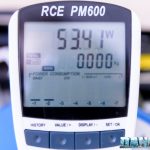 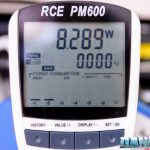 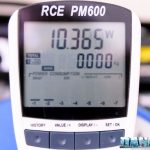 We did our survey of instant consumption with the RCE PM600 which can measure the Cos(fi) (or power factor). The result is already given in watts. 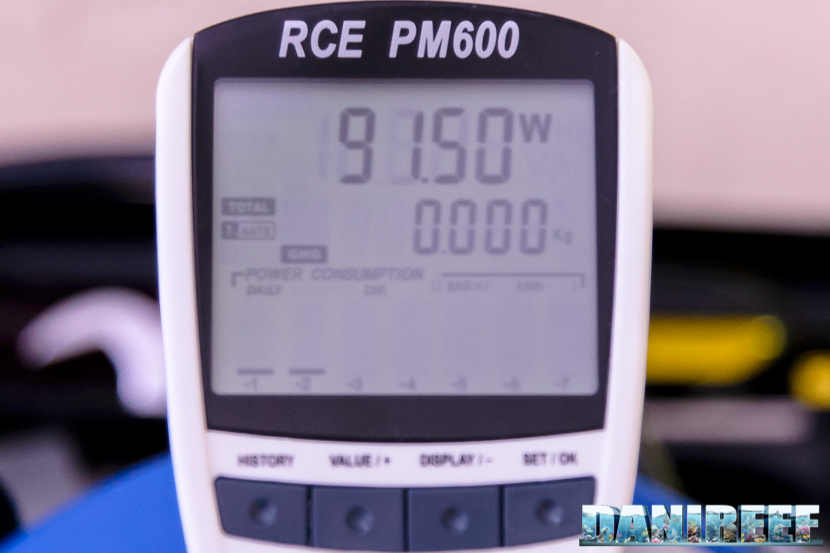 So the calculation of the maximum absorbed power is 91.50 watt.

It’s pretty much the same declared value of 96 w (-4.6%) which can be due to a different fan rotation.

Comparison with other ceiling lights on the market

We will consider the previous measurements done upon comparable ceiling lights. In particular, the Philips CoralCare (article), the GNC 466 (review) and the Maxspect Ethereal (article). The Philips registered 1,496 PAR and 55,230 Lux, the GNC 696 PAR and 25,697 Lux while the Ethereal 689 PAR and 25,440 Lux. The Zetlight UFO has a less light distribution in comparison with all the other ceiling lights, so at the same conditions it will have a less coverage.

Considering these values we see that we have really good results for the Lux and Watt, but remember that we’re talking about a ceiling light with a single cluster, with a concentration of LEDs in the same part.

So the value of lux per watt are superior to the Philips CoralCare, but the return will be optimal just in the middle. We think that the optimal coverage would be a 40×40 cm for SPS/hard corals. 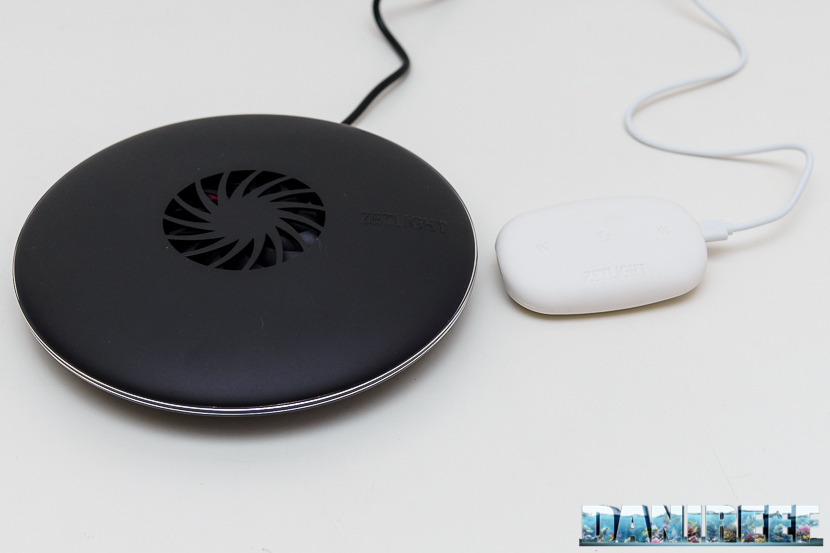 The absorbed power is 91.5 watt, so we have relationship cost/watt about 5.5 euro per watt. Here’s a chart with the values of other ceiling lights:

The ceiling light is really well built, its shape is very particular and it’s slight. The price per watt is not the best of the category, but it has an high number of lux thanks to the concentrated cluster. It’s very easy to set up and in a future article you will see how we program it.