Aquaristica, one of the bigger Italian distributors, returned to Zoomark 2017, after its absence at the last exhibition.

We already knew the beautiful booth after seeing it on other occasions, but it is always worth the visit. It had a single frame structure in steel tubes. This Bolognese supplier brought a lot of news, let’s start with the new Aquamar aquariums.

These aquariums were on display in the middle of the booth and we had the chance to appreciate them close-up. We could also see the sump (that you can see in the following pictures) and observe the adaptations that are improving Aquamar‘s aquariums year by year.

They’re really well made and beautifully detailed. For example, the return tube is made of PVC which guarantees a better flow rate than classic tubes in soft silicone, as it has less friction. 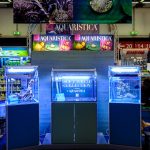 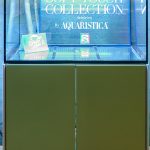 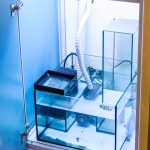 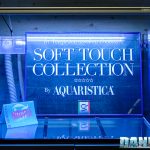 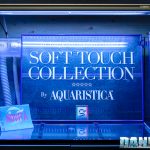 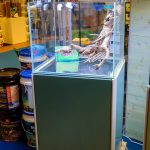 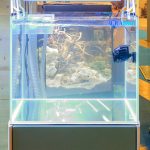 In the sump, the filling tank is higher than the sump itself and is in its own distinct part. With this design, it is possible to stock a bigger amount of water and place it outside the sump (if you have enough space). The construction and the idea are surely noteworthy. 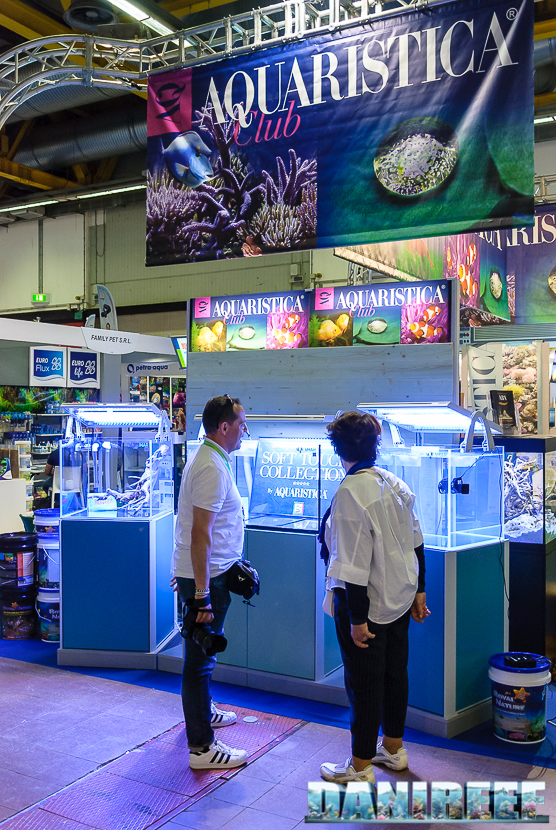 Even the LED lamps are adapted perfectly to this new style of aquarium. We don’t know if they would be enough for a marine SPS aquarium, because they should be adequately tested, but they’re ceiling lights which of course would adapt well both to aquariums with only fish and aquariums with soft corals or stony LPS corals. 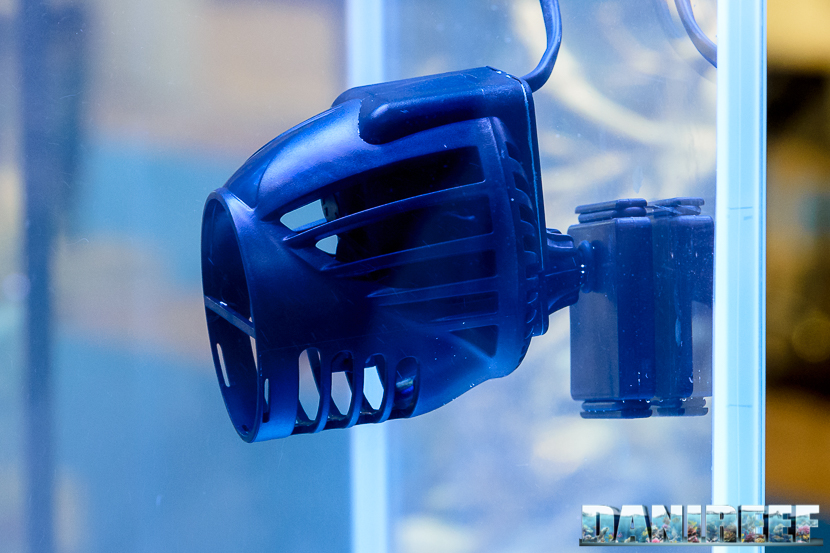 In the Aquamar aquariums were the new Rossmont pumps, of which Aquaristica is the official provider to the Italian market. We recently reviewed the Rossmont Waver system; we liked it very much. You can read about it here. 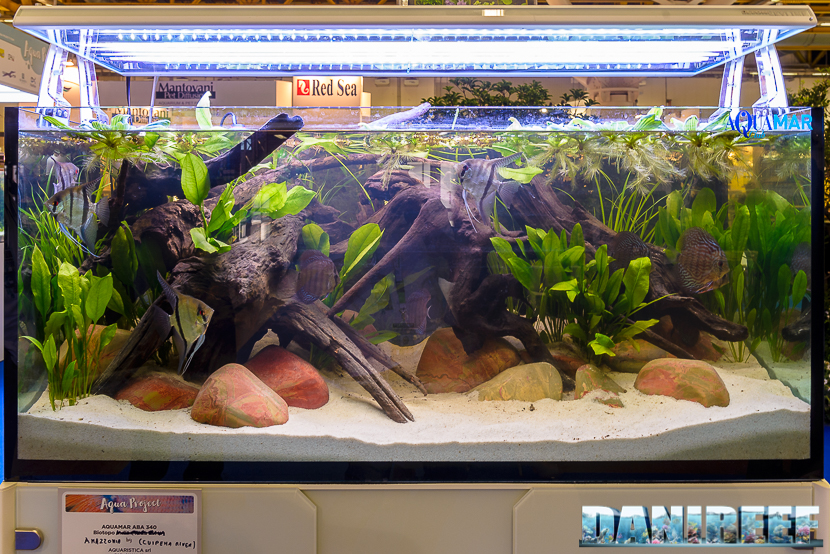 Aquaristica with Heiko Bleher has developped this very interesting project of so-called biotopes. “In ecology a biotope is an area of uniform environmental conditions providing a living place for a specific assemblage of plants and animals. Biotope is almost synonymous with the term habitat, which is more commonly used in English-speaking countries. However, in some countries these two terms are distinguished: the subject of a habitat is a population, the subject of a biotope is a biocoenosis or biological community.” (from wikipedia). 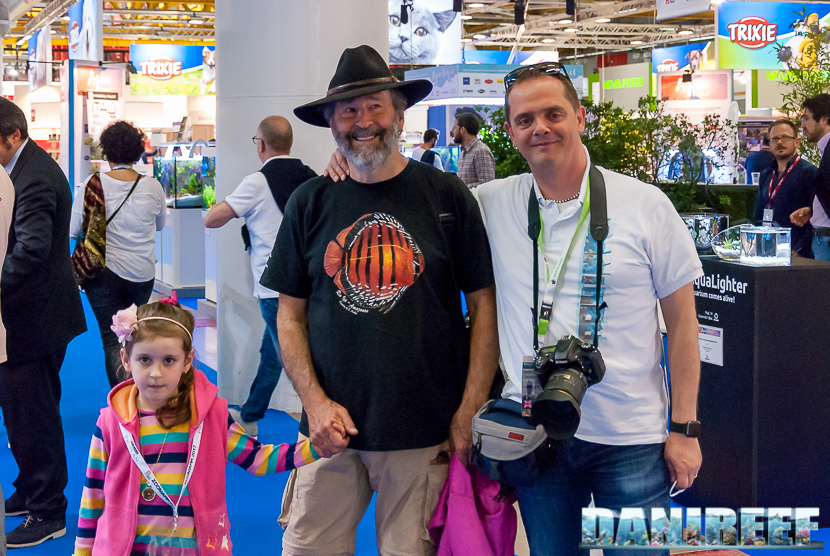 In other words it’s a box filled with all the necessities for creating biotopes, following certain guide lines that indicate which animals are related to a specific biotope. 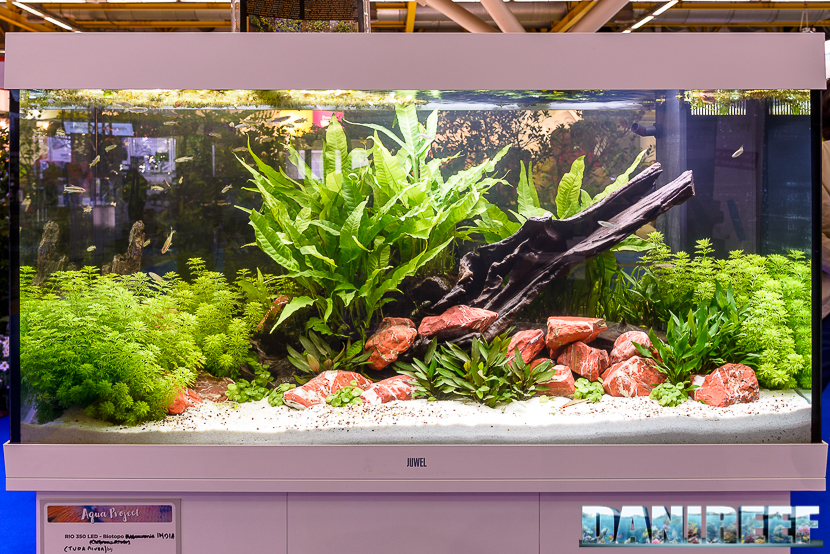 Above, you can see an Indian biotope created inside a Juwel aquarium (provided by Aquaristica in Italy).

The new fertilization products by Aquaristica 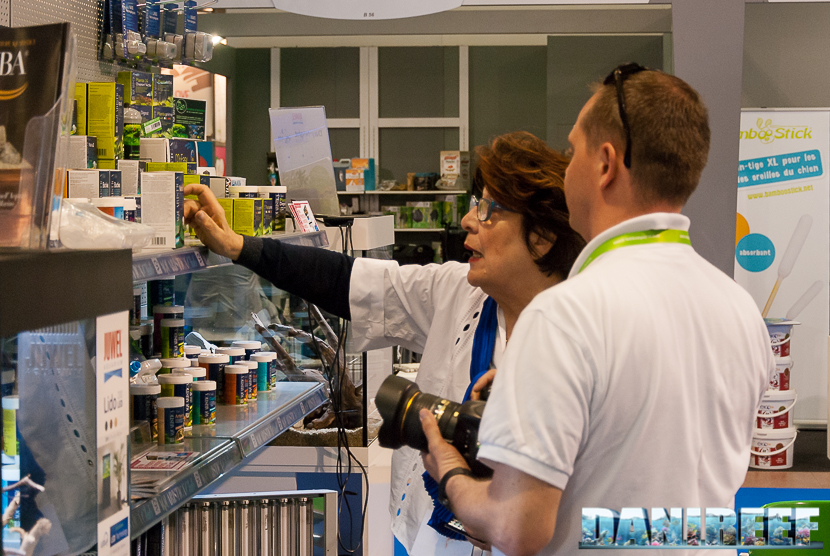 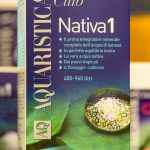 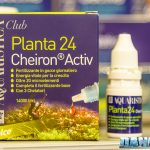 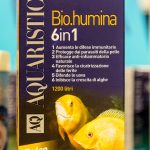 Aquaristica developed a mixture with Nativa 1+2, with a patent in progress n° EP050096643. This mixture dissolved in osmosis water and restores the standard ionic vital equilibrium. So it’s not like a common hardness enhancer, but a way to recreate the complete spectrum of the minerals which are always connected, like they do in tropical waters.

Planta 24 Cheiron activ is a new generation daily fertilizer which enriches the water created by the two Nativa products.

Bio.humina 6in1 by Aquaristica is a very interesting product. It’s composed of a high concentration of raw materials (fossil plants), including humic compounds, and humic and fulvic acids. Thanks to a special extraction process, it has a colloidal macro-structure which covers and isolates the surface of  the damaged cells of the fish, and encourages a faster recovery. In this way it’s possible to protect the fish against parasites and fungus, and it improves the scarring.

If you are affectionate readers of DaniReef you know that you shouldn’t miss Dottor Bassleer‘s feed, in particular the version called “Forte“. It’s very helpful for fish with various bacterioses. We’ve talked about it in an article about the fish feed that you can read here. 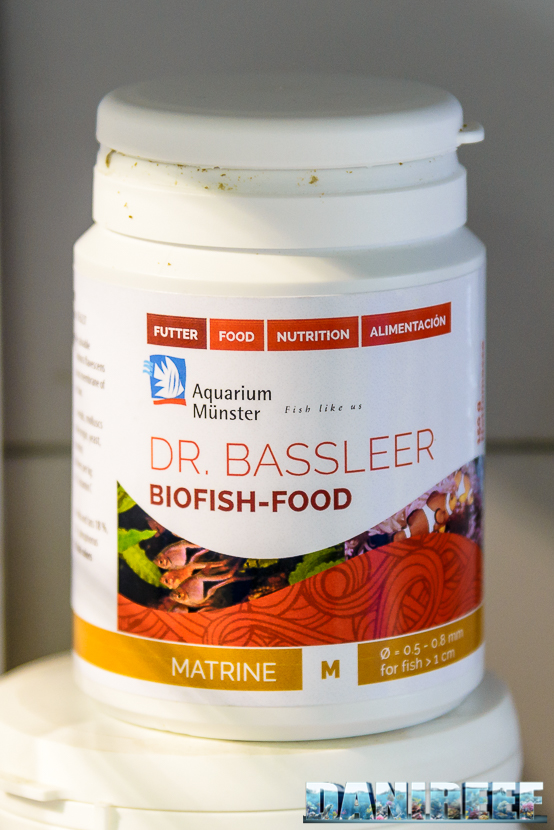 But Dottor Bassleer has developed a wide array of different feeds, from the proteic types to the vegetable ones. And Aquaristica, obviously, is the official supplier. 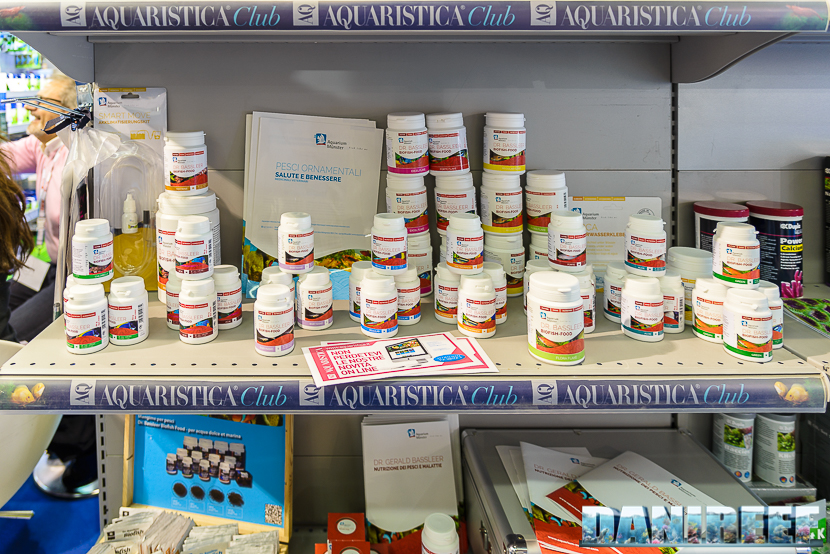 If you want to know more about Aquaristica and the products that it produces or provides, we invite you visit the homepage through the links below. On their site you can also find a well-made virtual catalog. As always, we remind you about our Editorial if you want to know more about the Zoomark 2017 exhibition, from which you can reach all the articles we’ve written about until today. 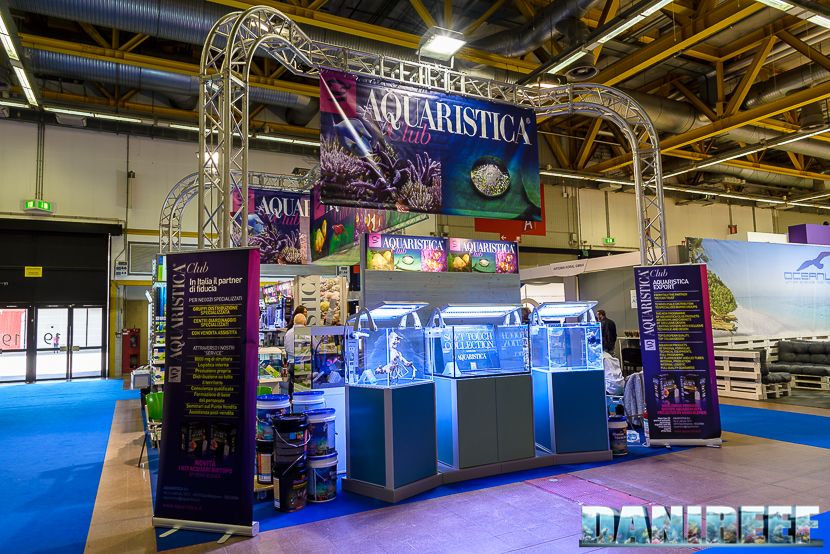