There are numerous pictures in this article. The purpose of these pictures is to not only show what people see and discover in tide pools, but also to remind people of the three laws of survival in tide pools. Examine each picture with these items in mind 1) keep from being washed away by the waves at high tide 2) keep from drying out by the sun at low tide 3) keep from being eaten (GMA 1998).

The Pacific Coast of the United States is the quintessential seaside area. The coast line is over 1500 miles long (much longer if you don’t measure as the crow flies). It serves as the dividing line where land meets water. The California Coastal Trail itself provides a 1,300 mile trail connecting the state’s northern and southern borders (Morabito et al, 2003). This area could certainly be argued as the most studied and visited coastline in the world. For that reason I chose to specifically explore this area.

In order to accurately report on this area I would have needed for more time (several months) to make observations and to record data. That simply wasn’t feasible for the amount of time I (and colleagues) had available. Fortunately it would have been useless considering the numerous (and fabulous) studies that have already been conducted. Now let us look at the prime example of coastal visitation.

Widely known around the world the Southern California area is home to the great Eastern Pacific beaches. Popular for all sorts of reasons you’d be hard pressed to find someone who hasn’t heard of Santa Monica, Long Beach, Huntington Beach, Newport Beach, or San Diego. A tourist area and Mecca for recreation; for both travelers and locals. Case in point, in 2004 visitors to San Diego County spent 5.9 billion US dollars (San Diego North Press Room, 2006). 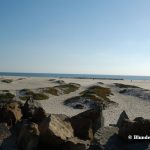 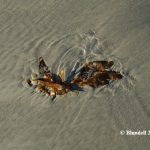 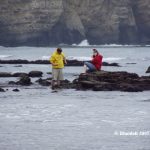 Just the name “Monterey Bay” brings several images to the minds of people. For aquarists and hobbyists I’m sure the first thing you thought of was the Monterey Bay Aquarium. However for 50,000 people annually the name Monterey Bay means an area where they will enter the intertidal zone (Kimura et al, 2003). Did you read that correctly? Fifty-thousand people, or an average of 137 people per day, or an average of 11 people per hour during a 12 hour day, or an average of oneperson every 5 minutes. Indeed this area is heavily visited. In fact those 50,000 people entering the intertidal zone only make up 15% of the total number of people visiting the Monterey Bay shoreline area! And if you think this is a lot of people consider that other popular areas in California have over twice the number of visitors (Kimura et al, 2003). Wow! With the current population growth rate (world wide and locally) combined with the ever present desire for families to visit the coasts, it is a safe bet to say that these numbers will continue to climb. 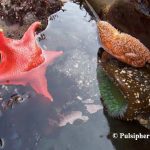 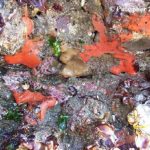 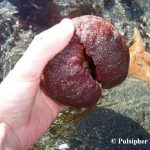 The San Juan Islands, Puget Sound, Cape Disappointment, Tillamook Head, Newport, and Cape Blanco; just a few of the recognizable locations of Eastern Pacific marine destinations. All of these aforementioned places of course being located along the U.S. Pacific Northwest coastline. And what a coastline it is. As the Oregon Coast Visitors Association says “There is no end to the enjoyable recreational opportunities along the Oregon coast.” (OCVA, 2006). 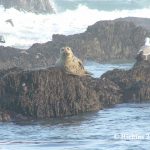 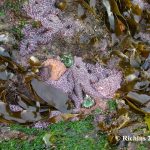 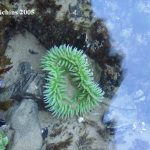 The Eastern Pacific coastline follows the shores of 13 countries. The diversity of flora and fauna is immense. Just by looking at the types of animals found along the coast of the U.S. we begin to see what variety lives in the long stretching ecosystem. Imagine what exists in the tropical regions when considering all that lives in the far less diversified areas of the United States coast line. There certainly is much to see, and many people seeing it. The Western Coast of the United Sates (Eastern Pacific coast) is certainly one of the most significant “lines in the sand” where people cross over into the world of marine life.

Many thanks to my friends and colleagues for their help with this article. Because this article showcases photographs ranging widely in location the help of others was invaluable. Some very dear friends and colleagues were quick to help. Significant photographic contributions were provided by Michael Lindsay, Brady Pulsipher and Dion Richins. I am very thankful for their help, friendship, photographs, and most importantly enthusiasm to share their stories and memories with the rest of us. So to Mike, Brady, and Dion- Thank You.