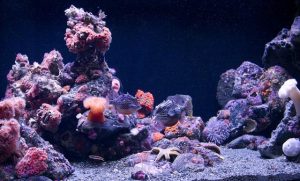 This impressive work in progress, housing both Northeast Pacific and Southern Australian species, is reportedly “filling in” nicely. Photo by Steve Weast.

Nowadays, only the most senior aquarists amongst us can recall the days of old when the marine aquarium hobby was in its primacy–when undergravel filters were sophisticated water treatment devices, condy anemones were hot, novel “imports,” and success was proclaimed whenever a purchase was still alive by the time the check cleared. In those days, North American and European hobbyists alike were not at all averse to exploiting local resources for use as subjects of display in their home aquaria; these animals came to be regarded (in the context of the time) as quite durable, quite accessible, and quite expendable.

All the same, attention shifted sharply towards tropical species as availability increased and prices dropped with innovations in the transport of live animals. Whilst the freshwater “native” aquarium niche sustained a steady following (as evidenced by many longstanding clubs, magazine columns, and so on), its saltwater counterpart was ultimately eclipsed by the reef aquarium craze of the mid-1980s. The most absurd paradox in all of this: the greater part of this generation of aquarists has a much better familiarity with various far-flung marine habitats than with those under its own charge. 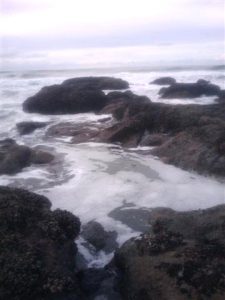 Not available at your LFS. Photo by Stu Wobbe.

In a strange full-circle of sorts, many temperate marine species–some of which may even occur locally–have thusly become the epitome of aquarium exotica. Albeit most modern aquarists now reject the notion of any natural marine resource as somehow being expendable, numerous hobbyists are once again placing a high value on temperate livestock, not merely on account of its accessibility and durability, but because it is, in its own right, quite awesome.

A resurgent interest in temperate marine aquaria has accordingly emerged and continues to grow. What is clear, however, from the examples provided by notable contemporary sources such as aquariacentral.com/forums, oregonreef.com, or jonolavsakvarium.com, is that these are not your grandfather’s aquaria; advances in aquarium refrigeration, filtration, lighting, dosing, feeding, etc. have multiplied the possibilities for temperate applications every bit as much as they have for tropical applications. Undoubtedly, some of the most significant improvements in the culture of temperate marine invertebrates (which hail predominately from poorly-illuminated, nutrient-rich waters) have come through gains made in the NPS (non-photosynthetic) aquarium movement.

From amongst the myriad of invertebrate creatures that present potential in this capacity, a handful of azooxanthellate North American West Coast-endemic cnidarians (i.e., the hydrozoans, anthozoans, and scyphozoans) continue to receive the most attention by temperate marine aquarists. The focus of this discussion is on a selection of hydrozoans (hydroids, hydrocorals, etc.) and anthozoans (sea anemones, sea pens, stony corals, gorgonians, etc.); scyphozoans (jellyfish) require specialized care that is beyond the scope of this discussion and thusly have been excluded. 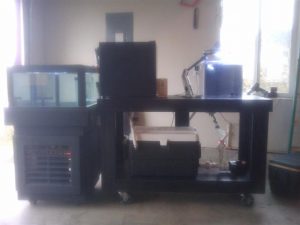 This live seafood holding system features some useful built-in components such as a powerful refrigeration unit; it has been modified to accommodate additional components such as an auto-feeder (housed in a minifridge) and a sump (made from a common beer cooler). Photo by Stu Wobbe. 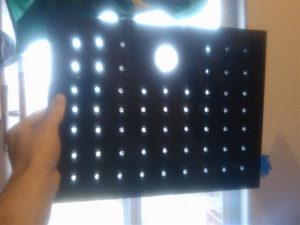 Lighting in true NPS systems is, of course, completely unnecessary, thought moderate levels of illumination may be used as desired to enhance viewing. Photo by Stu Wobbe. 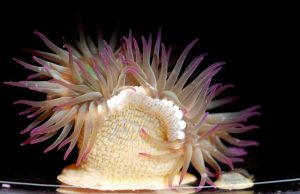 The relatively intense lighting preferred by zooxanthellate cnidarians (such as this Anthopleura elegantissima) is stressful to many of their cryptic and deepwater azooxanthellate brethren; these are best maintained separately. Photo by Jamie Canepa. 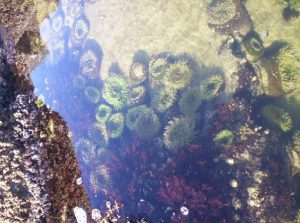 Some zooxanthellate cnidaria (such as these Anthopleura xanthogrammica) might be successfully maintained (perhaps along with surfgrass and macroalgae) in the refugium of a NPS system. Photo by Kenneth Wingerter. 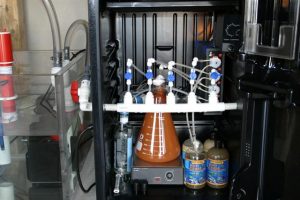 A refrigerated auto-feeder; this DIY unit features 1) a compact, programmable, multi-line food doser, 2) a magnetic stirrer to keep cyclopeese in suspension, 3) an independent vodka doser, and 4) a three-way motorized ball valve to divert return flow directly back to the sump during feeding. Photo by Steve Weast. 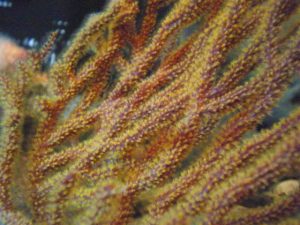 Excessive use of lighting in a typically nutrient-rich temperate system will result in nuisance algal blooms, which can quickly smother a gorgonian to death. Photo by Stu Wobbe. 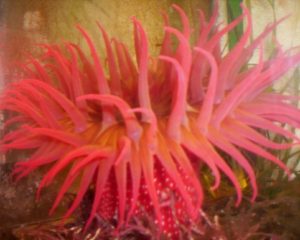 The white-spotted rose anemone (Urticina lofotensis) has enamored marine aquarists for half of a century. Photo by Kenneth Wingerter. 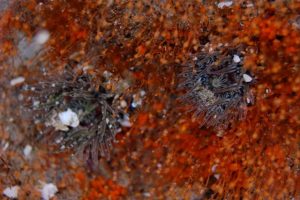 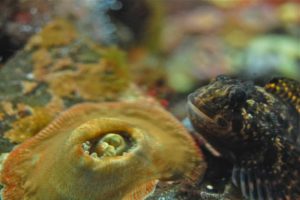 Collecting ones own aquarium livestock can add an entirely new element to the hobby and make for a fun learning experience. However, it will be necessary to keep a couple of important things in mind here to avoid harm to oneself and to the collection site. 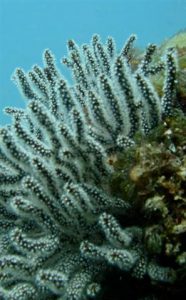 55°F (12.8°C) is an acceptable target temperature for most captive temperate marine animals; subtidal species are generally far less tolerant of chronic heat stress than are species from the intertidal zone; for systems housing these animals, an appropriately sized (or, better yet, slightly over-sized) chiller is absolutely essential. Photo by Jamie Canepa.

The cold, violent, unpredictable waters of the Northeast Pacific Ocean have claimed many souls. Whether SCUBA diving or tidepooling, one does best to employ all available knowledge and common sense at all times.

Aquarists might be prohibited from harvesting certain species in certain localities. One should always seek guidance from appropriate state agencies before disturbing any wild area. Collection permits are issued to private aquarists to harvest for personal use; in certain cases, additional privileges may be granted to those qualified for special scientific permits. It is advisable for individuals to neither sell nor trade livestock thusly obtained, as it could result in stiff penalties. Of course, one should never harvest rare or threatened species, whether or not it is permissible by law.

One can review Department of Fish and Wildlife regulations for Washington, Oregon, and California in detail at wdfw.wa.gov, dfw.state.or.us, and dfg.ca.gov.

As it is in so many temperate marine environs, there is an enormous host of interesting and attractive fauna to be found in the shallows of the Northeast Pacific Coast. Many of these creatures can be successfully maintained in the home aquarium; among them, the cnidaria are (considering their prominence and diversity) deserving of special attention. It is hoped that this article not only serves as a useful guideline for locating, harvesting, and maintaining specimens for the home aquarium, but furthermore adequately promotes the return of these beautiful creatures to their rightful place of eminence in the marine aquarium hobby. 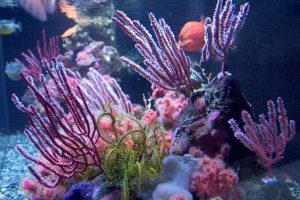 Gorgonians (such as these Swiftia spauldingi) can impart a great deal of depth and texture to the smooth, rounded boulder and cobblestone rockwork of the conventional temperate aquascape. Photo by Steve Weast.