Montipora digitata: A Stony Coral for All Hobbyists

This Montipora species is a good choice for those hobbyists wanting to make the jump to small-polyp stony (SPS) corals. Their appearance is soft and velvet-like when their polyps are extended. These animals are generally hardy in captivity and can grow rather quickly, making them attractive to beginning and intermediate reefkeepers. Montipora digitata specimens can lend a numbers of colors to an aquarium, as they can be brown, orange, purple, pink or a combination of colors. The single-color specimens are usually readily available and relatively inexpensive. Unusually colored specimens are often in high demand and command premium prices. In short, M. digitata is a coral that can be appreciated by beginning and advanced hobbyists. 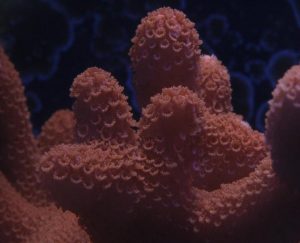 Species: Montipora digitata, which can be confused with M. samarensis.

Geographical Range and Common Habitat: Shallow waters of the Indo-Pacific and Red Sea.

Growth Forms: Colonies are digitate (finger-like) or arborescent (tree-like) with branches that may fuse together (technically called anatomosing branching).

Known Symbionts: Zooxanthellae (Symbiodinium sp.) including any one of the following: Clade* C1 (a ‘generalist’ clade with ability to adapt to a wide variety of depths and light conditions), or C15 (thermally-tolerant), or Clade C73 (from shallow water, and possibly an example of a clade co-evolving with this Montipora species).

*A ‘clade’ is a grouping of organisms based on phylogenetic similarities while sharing a common ancestor.

Zooxanthellae photosynthesis is dependent upon many factors, and lighting is an important link in this chain of factors. Providing sufficient lighting while ignoring other parameters (such as water motion and water chemistry) can result in low rates of photosynthesis. Details of these other factors are detailed below. With this in mind, let’s begin our look at types of zooxanthellae known hosted by M. digitata.

In order to understand the lighting requirements of M. digitata specimens, we should examine the types (‘clades’) of symbiotic dinoflagellates found within their tissues.

There are 3 clades known to infect M. digitata, one of these is a ‘generalist’ zooxanthellae tolerant of high and low light. C15 is noted as being tolerant of higher temperatures. Little is known about Clade C73 other than it seems to be found only in Montipora digitata specimens from shallow water (LaJeunesse, 2005).

It is assumed that Montipora digitata specimens harbor only one zooxanthella clade at a time – there is no contrary evidence to my knowledge. However, current technology used to genetically fingerprint zooxanthellae do not ‘see’ clades when their numbers are only 5% or so of the total population. If M. digitata contains two or more clades, then ‘reshuffling’ (where one clade becomes dominant, but temperature and other factors could play a role) according to environmental conditions (most likely lighting – either due to depth or seasonal changes) could explain the host’s abundance. Vertical zonation (where light is rapidly attenuated with increasing depth) is thought to be explained by the type zooxanthellae hosted by the coral animal (Iglesias-Prieto et al., 2004).

This listing is presented under the presumption that each of these zooxanthellae clades has a genetically-imprinted photoadaption range and is the dominant symbiont; hence the following groupings of corals would probably do well under the same lighting regime as long as other environmental conditions are correct.

(As a footnote, a Hawaiian Porites compressa specimen was transplanted from depth to about 1m – it retained its C15 zooxanthellae even years after the move. What does this suggest about fidelity of a particular zooxanthellae clade to its host coral?) 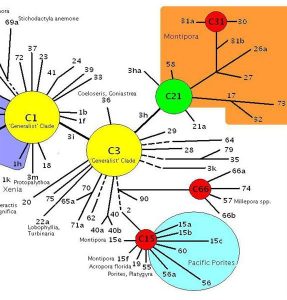 Figure 1. A diagram depicting adaptive radiations of zooxanthellae clades. Montipora digitata specimens are known to contain C1 (generalist), C15 (resistant to high temperature) and C73 clades. Note – the orange shading represents clades found only in Montipora species, although some are descended from clade C15. After LaJeunesse 2005.

I’ve been fortunate in having had the opportunity to view many reef aquaria across the country. On many of these trips, I carried a PAR meter (a Li-Cor 189 with cosine-corrected submersible sensor) with me and collected the following information.

Purple specimens were less common than orange ones. PAR values for successful maintenance of this variant was seen at 240-265 µmol·m²·sec (generated by a 175w 6500K metal halide lamp and actinic-white VHO fluorescent lamps).

Blue and pink specimens were not common. The former was growing (and maintaining coloration) at 200 µ·mol·m²·sec (a 400-watt Venture ‘daylight’ metal halide lamp) and the latter was doing nicely at 360 µmol·m²·sec.

Note: For those having a submersible lux meter, be aware that it is possible to convert PAR to lux. Each lamp will have a different conversion factor, but a very general rule of thumb is to divide lux by 50 to arrive at a crude estimate of PAR.

Water motion is difficult to quantify so most hobbyists must rely upon visual indicators, with polyp expansion and movement probably the most common. Interestingly, too much and too little water motion can cause corals to retract polyps. Too much will of course deform the polyp and perhaps cause shearing or tearing of soft tissues. On the other hand, a coral can recognize too little flow and after a prolonged period of little water movement, it realizes it is not catching any food and will retract polyps in order to conserve energy (Sebens, 1997). (Too much lighting will also cause some corals to contract their polyps to protect themselves and their zooxanthellae from excessive light. This is sometimes indicated by expansion of shaded polyps while those exposed to light are retracted.)

Fortunately, providing sufficient water motion is not the challenge it once was. Some of the newer propeller pumps on the market can potentially provide sufficient water movement along with low electrical consumption (see Riddle, 2007 for details).

Correct water motion is indicated by polyps gently rocking in the currents.

The following photos (Figures 2 -5) show growth of a Montipora digitata over the course of 12 months. 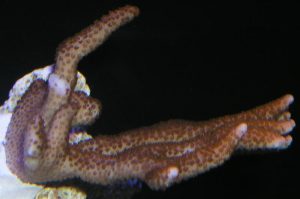 Figure 2. The epoxy holding this coral to the substrate has barely cured on Day 1.

Figure 3. Ninety days after arrival. The coral has adapted to its new home and is starting to encrust its base as well as extend its branches. 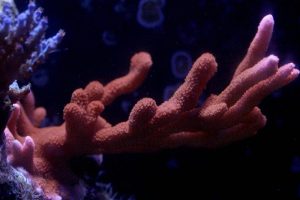 Figure 4. Who says SPS corals can’t grow under LED lamps? This one is (and many others are) at a light intensity of 150 µmol·m²·sec. 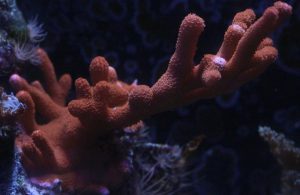 Figure 5. Lateral branching has slowed, with most growth seen at the coral’s base. Some branches have been accidentally broken off during routine tank maintenance.

Hobbyists should pay close attention to calcium and alkalinity concentrations. Calcium, of course, is important for skeletal growth, and concentrations should be maintained in the 400-450 mg/l range. Alkalinity (reported as CaCO3) is very important as well – it is the inorganic carbon source for photosynthesis and is also used for skeletal growth. Alkalinity should be maintained at 160 mg/l or ~3.25 meq/l. Addition of bicarbonates (in the form of any of the commercially-available ‘alkalinity boosters’) may promote growth in corals even in the presence of relatively high nutrient concentrations (Marubini, 1999). 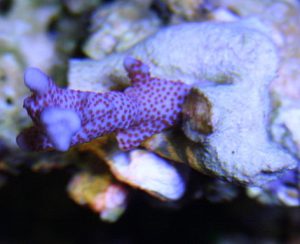 Figure 6. The Superman digitata (although its irregular shape and thin branches suggest it is possibly M. samarensis). It is an attractive animal, no matter what the identification. Photo courtesy Steven Reyes.

Velvet corals can be very colorful, with blue, green, orange, pink (sometimes called ‘super purple’ or ‘rose’) and purple colonies (sometimes referred to as ‘grape’) being quite common, in addition to the brown morphs.

Orange colonies can sometimes become pinkish when maintained under intense lighting (probably due to loss of photopigments when zooxanthellae bleach). Orange and green coloration is almost certainly due to fluorescent pigments within the coral tissues. There are two types of fluorescent pigments that could cause the orange coloration – the first is a fluorescent protein (Fluorescent Pigment, or FP 575; the maximum fluorescent emission is 575nm – reddish-orange); the other is a photopigment (phycoerythrin) found in cyanobacteria living in symbiosis with the coral host (Mazel et al., 2004). The spectral signature of the fluorescent emission of FP-575 and phycoerythrin are practically identical and the emission’s shape will not distinguish between the two.

Figure 7. An example of fluorescence influencing apparent coloration. A fluorescent pigment, with maximum emission at ~575nm, lends an orange-red color to the light reflected by the coral. The fluorescent pigment is maximally excited by green light at about 508nm. Mazel, unpublished data, from an aquarium specimen supplied by the author.

”Rose’ and purple colorations are probably due to non-fluorescent chromoproteins. These pigments (assuming they are indeed distinct from one another) appear as they do since they preferentially reflect red and blue wavelengths. The status of the blue pigment is, to me, uncertain. It could be either fluorescent or non-fluorescent.

Interestingly, differently colored corals we identify as M. digitata can be (but are not always) highly competitive. The lowly brown morph can be attacked and their tissues destroyed by purple, orange and green morphs. Those specimens colored forest green are dominant over the other three morphs, but orange digitatas beat up on purple ones. We have to wonder why these corals of the same species do not always recognize each other as ‘self’ (perhaps DNA fingerprinting will someday tell us these coral morphs are different species). For the moment, realize that these corals can be competitive, so place them with plenty of room for growth.

Many thanks to Steve Ruddy of Coral Reef Ecosystems (www.coralreefecosystems.com) for his continuing support in preparation of this and other articles.