Water flow is important for many aspects of coral biology. Water flow determines how efficiently corals capture food, it helps corals rid themselves of metabolic waste and it also determines where corals occur by distributing their spawn and gametes. Most importantly, water flow is critical in driving the mechanisms of respiration and photosynthesis. When aquarists describe their reef aquarium setups they often brag about lighting first. At some point through an equipment run-down an aquarist may or may not boast about water flow equipment. This illustrates a trend in which considerations for water flow are almost always secondary to other decisions made when assembling a reef set up when in fact, water flow is paramount to the health and vitality of a reef system. The purpose of this first part in the article series is to introduce the mechanisms by which water flow affects coral health. The next article in the series will review some of the scientific research describing how water flow affects coral health, especially how flow speed and lighting intensity go hand in hand. The last article in the series will discuss the various approaches for providing water flow with an emphasis on moving beyond “X” times water volume turn over and on to “mass water movement” techniques and the equipment necessary to make this happen.

The following are a few questions to get you thinking. Which is more important, light or water flow? How many coral species do you know of that can live without light? How many corals do you know of that can live without flow? Well, there are hundreds of soft and stony coral species that live without light. Tubastrea, Dendrophylia andDendronepthea come to mind. However, there are no corals that can live without water flow. Even in the case of a photosynthetic coral, how long can it live without light? All of us have had power outages, burned out bulbs and ballast failures, and most aquarists would agree that a coral can endure a week without light before its health becomes severely impacted. Even in illuminated aquaria there are reports of people forgetting frags in the sump for months at a time where they seemingly survive on the food that they can trap. But how long can a photosynthetic coral live without flow? The most catastrophic tank crashes are almost always due to a lack of circulation. In the case a photosynthetic coral, it not only has to breathe for itself but it must also support the respiration of the zooxanthellae living within it. Water flow, therefore, is more important to coral health than light, since corals will stress or die much more quickly when flow is inadequate.

For physiological purposes, the accepted measures for how well a coral (or any other organism) “performs” are usually related to either how much energy the coral consumes or how much energy it produces. Energy is consumed during respiration and energy is produced during photosynthesis. Respiration (R) is the process of combining oxygen (O2) and sugar to produce energy with carbon dioxide (CO2) as a byproduct, whereas photosynthesis (P) is basically the same reaction in reverse: energy and carbon dioxide are combined to form sugars with oxygen as a byproduct. The rates of these processes are driven by the delivery of the input (CO2 for P or O2 for R) and the removal of the output (CO2 for R or O2 for P). Respiration and Photosynthesis can be measured by an increase or decrease of CO2 or O2. Although most people are aware that photosynthesis occurs only in the presence of light, it is important to note that respiration is constantly occurring in all organisms.

For the sake of this article I will refer to delivery and removal of CO2 and O2 as “gas exchange,” which is the sum of the rate of diffusion into and out of an organism. The total amount of gas exchange is dependent on the rates of diffusion and the rates of diffusion are dependent on the availability of moisture, surface area and concentration gradients. When we are dealing with corals there is no need to pay attention to the availability of moisture because they grow in water, and therefore moisture is not a limiting factor for diffusion. Surface area is controlled mostly by the corals themselves; in the short term corals can change their polyp extension and colony expansion, and in the long term corals can modify their morphology. The only factor left for aquarists to control is the concentration gradient, which is affected by the degree and type of water motion. 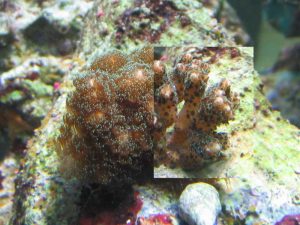 Figure 1. This image demonsrates how the surface area of a coral can change with the degree of its polyp extension.

We take for granted that we have very specialized breathing structures: our lungs are internalized and actively create favorable concentration gradients by forcing air into narrow passage ways so that we can breathe properly. Fish have external gills, crustaceans have internal gills, insects have trachae and even nudibranchs have external branchae. All of these structures feature a very high surface area and a good deal of vascularization. Corals, on the other hand, have no specialized respiratory structures. Their external anatomy only features tentacles, a mouth, some tissue in between the polyps and, in the case of soft corals, they also have some pinnules along the sides of the tentacles. None of these are differentiated into specialized respiratory structures even though they have to rely on these anatomical features for gas exchange. If you had to breathe (respire) as a coral breathes,this would be the equivalent of holding your lungs outside of your body, inside out, and just hoping that the wind would blow hard and long enough for you to be able to breathe. This is how corals breathe in their environment and the scenario above illustrates the importance of water flow for adequate gas exchange in corals. This perspective might make you think twice about reducing your aquarium’s flow at night.

As mentioned earlier, one of the only things corals can do to alter rates of gas exchange is to change their surface area either through polyp extension or morphology. Having a higher surface area increases the amount of gas exchange which can take place. The image below (figure 1) features an example of a sample of P. damicornis in which two images are juxtaposed. On the left side, the coral displays polyps which are well extended and therefore have a higher surface area. On the right side, the coral has its polyps mostly retracted and it therefore has a much smaller surface area. 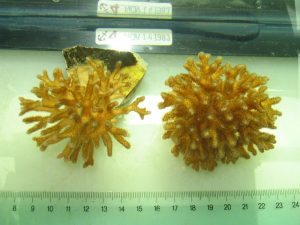 Figure 2. These two specimens of Pocillopora damicornis are from the same colony but they were grown in different tanks.

The other thing that corals can modify to change surface area is their morphology. The image below (figure 2) shows two specimens of P. damicornis which are from the same mother colony. The specimen on the left was grown under lower water flow conditions and moderate intensity lightin (75 gallon tank, 4 Maxijet 1200 and 6 X 4ft vho bulbs). The specimen on the right was grown under a very high energy environment (180 gallon tank multiple, 3 X 400w iwasaki bulbs, 1200gph eductor closed loop and opposing this flow is a 45 gallon carlson surge device with a period of 3 minutes). It should be noted that even though the coral on the right was grown in higher water flow, it took about twice as long to grow to the same occupied volume but it had more than twice the mass of the lower flow specimen. 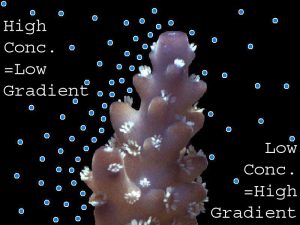 Figure 3. In this illustration there is a high concentration of a substance within the coral.

The example on the left of figure 3 is characteristic of a low to moderate flow environment where the available water motion is not sufficient to dilute the solute that the coral is trying to release. Whether a coral is absorbing or releasing solutes, greater water motion will always produce a concentration outside the coral which is favorable for creating a high concentration gradient. A high concentration gradient will lead to higher diffusion rates which in turn will support higher rates of respiration and photosynthesis.

Hopefully this introduction to the mechanisms of how corals interact with water flow has been useful to you. I know that some of the details in this introduction may seem a little heavy but in the next part you will be able to read along and press the “I believe” button in regards to scientific findings related to corals and water flow. For those of you who are vying for more, I have saved the fluid dynamics for the third part of this article series when I discuss how we can all deliver better and more relevant flow to our reef aquaria.