In the first part of the article series I introduced the mechanismsby which water flow affects the respiration and photosynthesis of corals. To recapitulate, I described how rates of photosynthesis and respiration are driven by diffusion rates which are dependent on concentration gradients. Since concentration gradients are greatly affected by water motion, the respiration and photosynthesis rates of corals is strongly correlated with the intensity of water movement. The second article in the series reviewed some of the published scientific research describing how water flow affects coral biology. Some of topics included the effect of water flow on bleaching, particle capture, photosynthesis, growth rates, morphology and several others. In this month’s article I will discuss my own research demonstrating how flow speed and lighting intensity go hand in hand. Still to come in the article series is a discussion of moving beyond “X” times water volume turnover and on to “mass water movement” techniques. 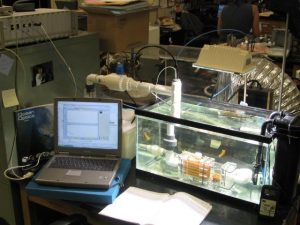 Figure 1. One of the early incarnations of the experimental setup used for this research project.

In the spring of 2004 I began a research project to examine the effect of water flow on the photosynthesis and respiration of Pocillopora damicornis. Under the supervision of Dr. Brian Helmuth I designed an experiment to measure the consumption and production of oxygen of P. damicornis while exposed to different water flow speeds. I hypothesized that

Pocillopora damicornis was chosen as it is a common representative of reef assemblages. The measurements were made using a recirculating, sealed respirometry chamber. The response was measured by monitoring the change in dissolved oxygen during photosynthesis and respiration. Measurements were recorded at different flow rates and lighting intensities. What appeared to be a fairly straightforward endeavour eventually developed into a much longer and more laborious project than I had expected and the research is still in progress. Although the current data lacks rigorous statistical analysis and significance, I invite readers to come to their own conclusions about the preliminary results from this ongoing research project. 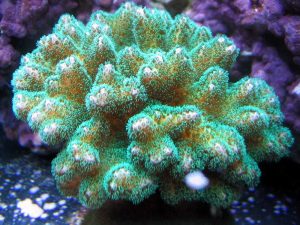 Figure 2. Although the appearance of P. damicornis can vary greatly, this species is easily recognized.

Pocillopora damicornis was chosen as it is a common representative of reef assemblages. Although the appearance of P. damicornis can vary greatly, this species is easily recognized. The variety of P. damicornis used for this study is a brown strain which has thin (6-10mm), regularly bifurcating branches. P. damicornis is found in a wide range of shallow water habitats so results from the experiment are relevant for a wide range of ecosystems. Most importantly, since the project had very little funding, the samples for the project were produced from long term captive specimens which I gratuitously obtained from Adam Cesnales, Richard Harker and Morgan Lidster (thanks guys). To date, photosynthesis curves have been produced and analyzed for two samples from one genotype and three samples from another genotype. The current results presented in this article are from a total of five samples. 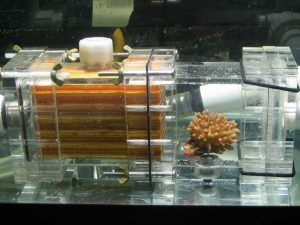 Figure 3. A close-up of the flow chamber used for this research project. Although the coral sample in the chamber is the same strain as those used in the project, most samples were much smaller than this.

All measurements were made in an experimental setup consisting of a sealed recirculating flow chamber placed in a saltwater bath. The setup included a separate bath for the water pump to minimize transfer of heat from the water pump to the sealed chamber. Water temperature was actively controlled to maintain temperature changes within 1ºC during the 15 minute data collection experiments and over the course of the twelve hour photoperiod of data collection. The flow chamber was used to produce turbulent, mostly linear flow at speeds of 4.5, 7.4 and 10.3 cm/s. To minimize coral stress from transfer between the captive aquarium and the experimental chamber, the setup was filled with new seawater from the coral aquarium at the beginning of each day of data collection. Following transfer to the experimental chamber, corals were allowed to acclimate in darkness for 30 minutes at the median experimental flow velocity of 7.4 cm/s. Data collection began with the measurement of coral respiration in darkness. Lighting was provided by the use of a broad spectrum (6500K), 150W double ended metal halide light and it was attenuated by the use of coarse screening and by varying the height of the bulb above the coral sample. Light intensity was increased in increments of 50-80 µmol photons·m²·s, up to a maximum of 500 µmol photons·m²·s for a total of 6-8 measurements of net photosynthesis including one measurement of respiration (no photosynthesis). At each lighting intensity, coral samples were exposed to the three flow speeds in a randomly selected order. In between measurements, the corals were allowed to acclimate to changes in flow speed and light intensity and the chamber was flushed by exchanging water with the seawater bath. The samples were allowed to acclimate to changes in flow velocity for five minutes, after respiration the corals were allowed to acclimate to the initial light intensity for 20 minutes and the corals were allowed to acclimate for 15 minutes to every subsequent increase in lighting intensity. After each day of data collection the coral sample was preserved by freezing at -80°C and processed for molecular analysis and normalization at a later date. 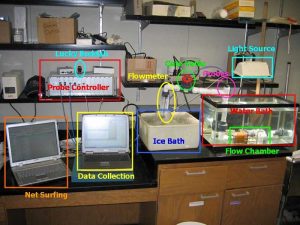 Figure 4. Overview of the experimental setup.

The coral’s response to water flow was measured by the uptake and release of oxygen using a fiber optic oxygen (FOXY) sensor and S2000 spectrophotometer, both of which are manufactured by Ocean Optics Inc. (OOI). Temperature within the flow chamber was monitored using a FOXY-TS1 Omega Thermistor. Data from the FOXY oxygen and temperature probes was plotted and logged using OOI sensors software, also by Ocean Optics Inc. The oxygen probe was calibrated at six oxygen concentrations and three temperatures for a total of 18 calibration points. In addition to the temperature compensated calibration, at the beginning of each day of data collection, one or more control experiments were performed to estimate measurement error from the effect of temperature on changes in oxygen concentration. Physiological measurements were normalized to surface area. Since the three coral genotypes were very similar and grew in the same aquarium, it is assumed that they contained similar zooxanthellae types and similar zooxanthellae densities. 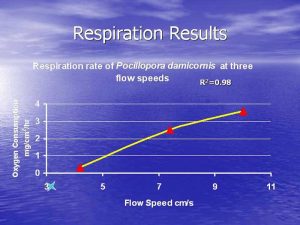 Before I delve into the details of the preliminary photosynthesis curves, I would like to introduce some terminology which will familiarize readers as to how they should interpret the current graphs. Figure 6 demonstrates where these critical points occur on a photosynthesis curve. 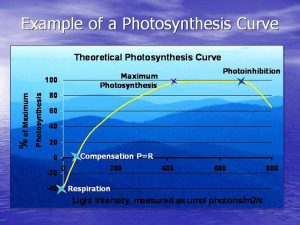 Figure 6. This is a textbook illustration of what a photosynthesis curve is supposed to look like with the critical points of the graph designated by blue stars. Real world data rarely looks like this. 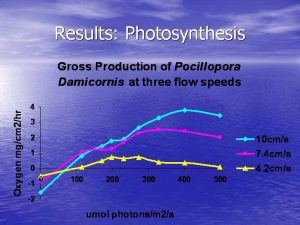 Leading up to maximum photosynthesis, photochemical reactions are limited mostly by the input of CO2. Exposure to higher flow speeds drives a higher rate of diffusion of CO2 into the host. The greater availability of CO2 leads to higher rates of photosynthesis much in the way that a supercharger for a car provides a greater availability of oxygen for fuel to burn, leading to increased horsepower.

During peak photosynthesis, oxygen builds up and at extreme concentrations it leads to the formation of oxygen radicals, a toxic form of oxygen.

Initially, the build up of oxygen in coral tissues inhibits chemical pathways much like a traffic jam of chemicals. At this stage, dynamic photoinhibition slows down the process of photosynthesis to prevent the further build up of oxygen. If a coral is further exposed to reduced flow or increased lighting intensity, there will be an increase of oxygen leading to the formation of oxygen radicals. Oxygen radicals are dangerous because they destroy important photochemical proteins and cause irreversible chronic photoinbition. Higher water flow speeds increase the rate of O2 diffusion out of the host which prevents light related stress and helps to maintain maximum photosynthesis. The decreased O2 concentration maintains a maximum rate of photosynthesis much in the same way that a water cooling system for high performance computers removes excess heat and allows the processor to function at a maximum speed. The relationship between water flow and photoinhibition is only recently starting to be understood. Although researchers agree that increased water flow reduces photoinhibition, the mechanisms of the effects are still debated.

Having a better knowledge of the environmental factors that make corals healthier can help aquarists grow corals faster and it might help us to understand the care requirements of still difficult species such as Goniopora and Dendronepthya. More importantly, a better understanding of the synergy between water flow speed and lighting intensity can help aquarists make better informed decisions about the equipment they should employ for their aquariums. Coming back to one of the first things I discussed in this article series, aquarists often put much more effort into considerations for lighting than water flow. As you can see from figure 7, if an aquarists provides very high light intensities but fails to deliver an equivalent water flow speed, instead of benefiting it is more likely that their corals will suffer from photoinhibition stress. The excessive lighting equipment will not yield the desired increase in growth rate but instead it will likely cause an increased heat input to the aquarium, increased algae growth and a considerable waste of money and energy. If you take nothing else from this article series just remember that: 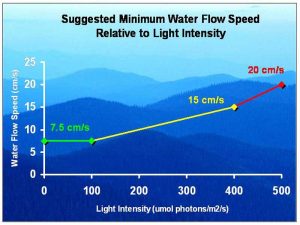 The more light a coral receives, the more flow it will need

Since P. damicornis occurs in a wide range of habitats, I am going to take some liberty to use the results from this research and apply it to what one might consider as an average coral’s basic flow requirements. Figure 8 shows some suggested minimum water flow speeds for optimum coral growth relative to the available lighting intensity. Loosely interpreted, the green line from 0-100 µmol photons·m²·s is roughly the average amount of light one could expect from a minimally lit aquarium with normal output fluorescent or just a few power compact or very high output fluorescent bulbs. The yellow line from 100-400 µmol photons·m²·s would represent an aquarium with moderate intensity lighting provided by mostly power compact or very high output fluorescent bulbs or a few low intensity metal halide bulbs. The red line would represent an aquarium that is really shallow or lit with banks of power compact or very high output fluorescent bulbs, very high intensity metal halides or a combination of all of these. As most of you are aware, lighting intensity within an aquarium can vary greatly depending on the age of the bulb, type of ballast reflector types and the depth of the tank. Therefore, since lighting intensity is highest closer to the light source, another way to interpret the graph would be to provide higher water flow speeds at the top of the tank, moderate flow speeds at the middle of the tank and lower flow speeds at the bottom of the tank. I would like to emphasize that these suggested water flow speed values are minimums which are only meant to be a relative guideline as to how aquarists should match up their aquarium’s lighting equipment with the delivery of appropriate water flow speeds. In next month’s article I will discuss why aquarium hobbyists should move away from gauging the water movement in their aquarium by using “X” amount of turnover, I will introduce some useful principles of fluid dynamics and I will also cover various techniques for producing mass water movement within our coral aquariums.

I would like to acknowledge a handful of persons who were helpful in helping me to produce this research project. Dr. Brian Helmuth, members of the Helmuth lab, Art Illingsworth, Richard Harker, Morgan Lidster, Coral Dynamics, and Alvis Nanney.