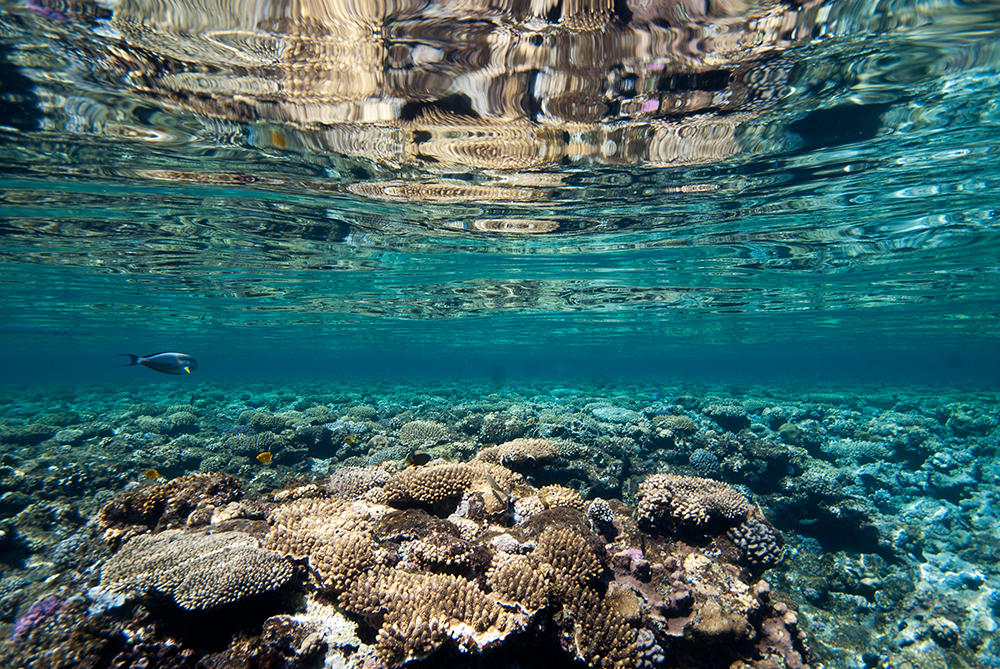 Anyone reading this post will have at least a basic knowledge of coral biology I’d imagine.  Many corals host symbiotic algae in their tissues which in return for shelter and useful stuff like carbon dioxide, provide food for the corals.  Whilst it is far, far more complicated than that, that’s the basics.  The corals provide what the algae needs and vice versa.

This delicate balance can be disturbed when stresses such as periods of higher-than-normal temperature cause the corals to expel the algae, losing much of their color – hence the term bleaching – and a major component of the chemicals they need to survive.  Bleached corals do not always die, algal populations can return and redevelop, but not always, especially when other environmental stressors come into play.

In a paper published in the journal PNAS in late January, an international team of scientists from the EPFL (Ecole Polytechnique Federale de Lausanne), led by researcher Nils Rädecker investigated how the symbiosis between coral and algae ends.

“We showed for the first time that the coral starts to suffer from hunger long before the algae are expelled. The algae apparently stop providing sufficient nutrients while they are still inside the coral tissue,” he says.

The team showed that the problem starts before the algae releases toxic compounds which triggers the coral to expel it from its tissues.

“The roots of the problem are much deeper than we thought, and they involve an early breakdown of the metabolic exchanges in these fascinating organisms,” says Anders Meibom, world-renowned coral expert.

Rädecker studied reefs off the Saudi coast of the Red Sea and then replicated the conditions in his lab.

“Based on what we found, we can determine which environmental conditions other than temperature (such as water quality) stress the corals in a reef and use this information to predict whether the reef will bleach. Our findings can also be used to identify corals that are particularly resistant to bleaching, like those in the Gulf of Aqaba and elsewhere in the Red Sea. That will tell scientists which reefs should be protected because they have a better chance of survival,” says Rädecker.

Better understanding of the metabolic processes occurring during coral bleaching is vital and, with luck, may be part of helping reefs recover or better resist the stresses that contribute to bleaching.